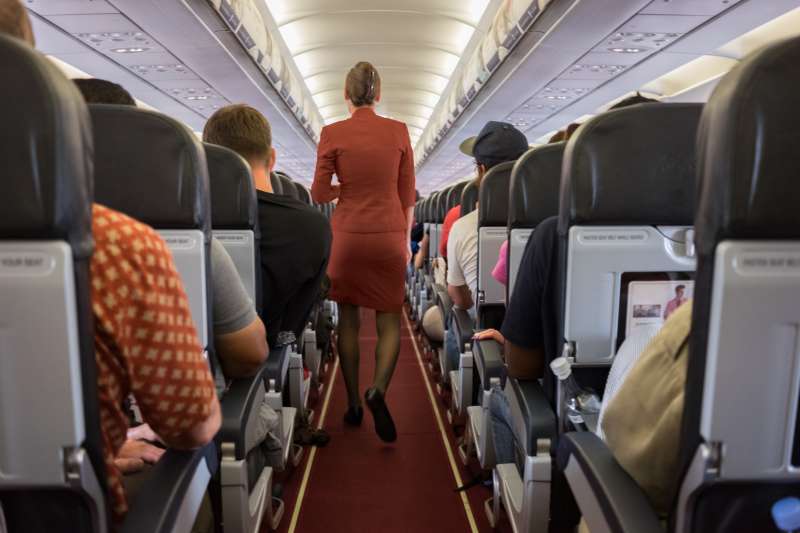 From taking advantage of overbooked flights to being smart with air miles, we’ve heard it all when it comes to what does and doesn’t workwhen you’re looking to bag a free flight upgrade.

But it comes down to the what the flight attendant thinks of you. And there are a number of things they look out for.

A Quora user posed the question: “What do flight attendants notice about passengers as they board the plane?”

Current and former flight attendants jumped at the chance to answer.

User “Shreyas P,” who claims to have been a flight attendant for five major airlines, said within minutes of a passenger boarding, she’ll check the following:

“In short, lots of things are noticed,” she said.

Kimberly Sullivan, a user who claims to have 24 years of experience flying for a major US Airline, expressed the same sentiments, writing that she notices “dress, body language, friendly or grumpy.”

She added: “We can also detect if they are experienced customers by the way they board the plane. If they are holding up the aisle and have tunnel vision, we know they are rookie travelers.”

Myriam Mimi, a flight attendant at Condor Flugdienst, said she also notices “is he good looking and where is he sitting.” Some flight attendants even have secret codes to point out attractive passengers.

While none of this guarantees an upgrade, it will certainly put you in the running should the opportunity arise, and at the very least will hopefully mean good service throughout your flight.

Ultimately, as an unnamed flight attendant at a “major American airline” recently told Vice, getting an upgrade all comes down to just being nice to the crew — and if all else fails, you can even give them a small gift.

“Give me candy, and I’ll give you whatever you want,” she said. “You scratch my back, I’ll scratch yours.”

This article appeared on BusinessInsider.com.