8 Ways You're Leaving Free Money on the Table 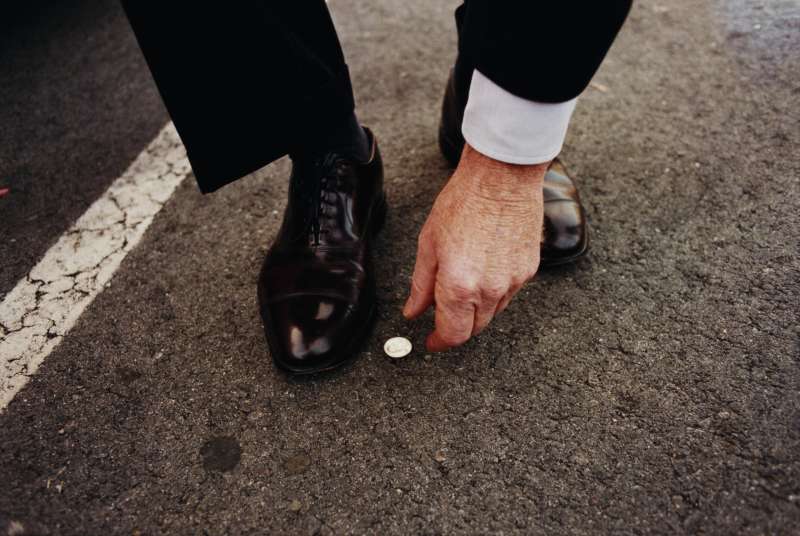 If you saw a dollar bill lying on the ground, you’d probably pick it up — that is, as long as you didn’t know whose it was. It’s free, after all.

But, what if you knew there was hundreds, maybe thousands, of dollars in free money at your fingertips. You wouldn’t pass it up, would you? There’s a good chance you are.

Many Americans are leaving cash and cash equivalents on the table because they’re not taking advantage of opportunities to claim what could be theirs for the taking. Here are eight ways you might be missing out on free money.

1. You’re Not Applying for College Scholarships

Scholarships are the easiest way to pick up free money for a college education — and you don’t have to be a star student or athlete to get one.

“Scholarships are given away for so many reasons beyond just academic achievement and sports,” said Kristina Ellis, who won $500,000 worth of scholarships and is the author of “Confessions of a Scholarship Winner.” “For example, there are scholarships for having awesome bagpiping skills, having the best zombie-apocalypse escape plan and having the most creative duct tape prom dress. Whatever you’re interested in or passionate about may qualify you.”

The key to winning a scholarship, Ellis said, is planning early. “Many students wait until senior year to think about scholarship applications, but most award decisions are based on your entire high school experience, beginning with ninth grade,” she said. So, you need to spend all four years building a winning resume.

Apply for as many scholarships as possible to boost your chances of being selected for one. Make sure, though, that you invest a strong effort in each submission. And don’t overlook scholarships with smaller amounts of award money because they often have less competition and can add up quickly if you win several, said Ellis.

Employees are leaving an estimated $24 billion in matching 401k contributions from employers on the table each year, according to Financial Engines, an independent financial advising company that provides investment advice for workplace retirement plans. That’s because they’re not contributing enough to their workplace retirement plans to get the full matching contribution their employers offer. Per employee, that works out to be $1,336 in free money a year — or $42,855 over 20 years with compounding interest.

To make sure you’re getting the full match and not missing out on free money, Financial Engines recommends finding out the terms of your employer’s match and increasing the amount you save with each raise to eventually get the full match. That is, if you can’t afford to save enough already.

Read: Why Your Emotions Are Making You Broke

3. You Don’t Have a Cash-Back Credit Card

If you pay off your credit card balance each month, maximize credit with a cash-back rewards card. These cards offer the opportunity to earn a percentage of cash back on purchases. One month of purchases by an average consumer is enough to generate annual cash-back rewards of $150 from a card offering 2 percent cash back, according to TD Bank’s Consumer Spending Index.

To find the best cash-back rewards card, think about how you spend, said Troy Dennis, senior vice president for TD Bank. Most consumers spend in a few categories such as groceries, gas and restaurants, he said. So, you want to look for a card that offers the most cash back on items or services you typically pay for with a card.

“Find [a] credit card that will optimize how you spend,” said Dennis. “Don’t change your behavior to fit a card.”

You can get free money just by opening a new bank account. Banks occasionally offer cash bonuses to entice new customers to open a checking or savings account with them.

If you’ve been thinking about switching banks or opening a new account, do an online search for “bank account bonus offers” to see what’s available and compare offers. Just be sure to read the terms of the offer to ensure you can meet them and receive your cash bonus.

5. You Have Unclaimed Tax Refunds

Every year, millions of federal tax refunds go unclaimed because taxpayers who are owed money fail to file returns. In the spring of 2016, the IRS had $950 million in unclaimed refunds owed to about 1 million taxpayers who didn’t file a federal return for 2012. It estimated that the median refund amount was $718 for that year.

That’s no small chunk of change to leave on the table. Sometimes, people don’t file a return because they didn’t make much money. Even then, they still might be due a refund, according to the IRS. So if you failed to file a federal tax return in the past, there might be money waiting for you.

You have up to three years from the time a tax return is due to file it and claim a refund. You can find prior year tax forms at IRS.gov, and order copies of your wage and income transcripts if you can’t get that information from employers or other payers.

You might also be missing a refund if you filed a return but never received a check because the IRS had the wrong address for you on file. To check the status of a refund, you can use the Where’s My Refund? tool at IRS.gov.

6. You Have Unclaimed Property

State governments are sitting on more than $41 billion in unclaimed assets, according to the National Association of Unclaimed Property Administrators. Some of it might belong to you.

Companies and financial institutions turn over money in idle accounts — such as bank and investment accounts — and unredeemed assets — such as money orders, insurance payments and security deposits — to state treasuries, which hang onto these forgotten funds. You can search unclaimed property records for free at MissingMoney.com to see if any states are holding onto money or assets that belong to you.

7. You Haven’t Cashed in Savings Bonds

Billions of dollars in savings bonds have stopped earning interest and haven’t been cashed in, according to the U.S. Department of Treasury. Perhaps you received a savings bond as a gift when you were born or as a small child but lost it. If so, you might be able claim what is owed to you.

You can search the Treasury Hunt database at TreasuryHunt.gov for Series E bonds issued after 1974 and Series EE bonds that have reached final maturity. You can file a claim for your lost bonds by downloading FS Form 1048 from the site.

If you’ve gone to the trouble of signing up for a travel rewards credit card — or hotel or airline loyalty program — and have racked up points, make sure you redeem your points for free hotel stays and flights.

Only 7 percent of Americans used rewards points to pay for any part of their last vacation, and just 15 percent have paid for part or all of a trip at any point in their life with rewards points, according to a survey conducted by Harris Poll on behalf of the American Institute of CPAs.

Read: 8 Ways Your Money Habits Are Ruining Your Relationship

In fact, there are an estimated 10 trillion unused frequent-flier miles worth $165 billion, according to AwardWallet, a free service that helps consumers manage reward balances. That’s a lot of free flights to leave on the tarmac.

If your travel rewards are going unclaimed because you’re having trouble tracking them, the free AwardWallet.com and AwardWallet app can help. You’ll get alerts before your miles expire and be able to access your point balances in one place.