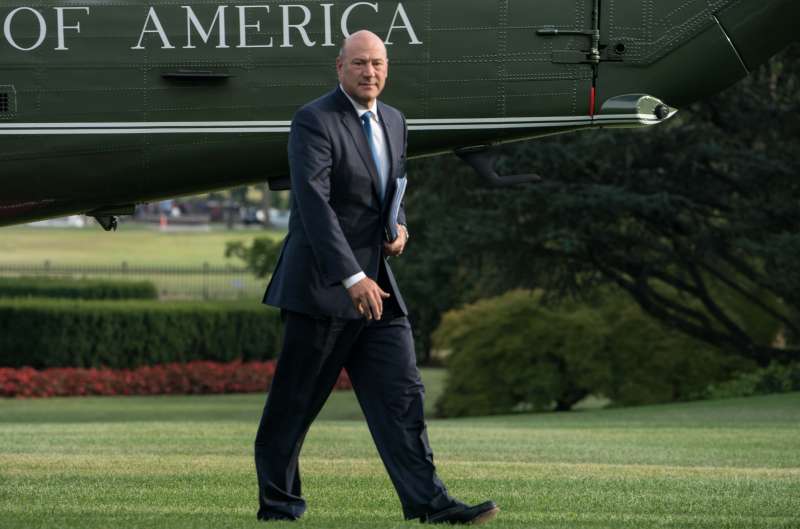 Just days after President Trump spooked the stock market by threatening to impose tariffs on steel and aluminum imports — and declared that “trade wars are good, and easy to win” — the news that top Trump economic advisor Gary Cohn had resigned has sparked another scare and selloff in the stock market.

The Dow Jones industrial average plunged more than 300 points in early morning trading Wednesday — rekindling worries about the future of this aging bull market, which is about to celebrate its ninth birthday on Friday.

Why is the stock market reacting so negatively to the departure of an economic advisor that 99% of Americans couldn’t name?

Who Was Gary Cohn?

The first thing to understand: With the title of director of Trump’s National Economic Council, Cohn was Wall Street’s direct link to the White House. Cohn was not only a former president and chief operating officer at Goldman Sachs, the most influential investment bank in the world, but he was also considered by Wall Street to be Trump’s most respected advisor.

Recently, his name was floated as a possible replacement for White House chief of staff John Kelly should Kelly resign. Cohn also got credit for helping to shepherd the president’s recent tax cuts — the White House’s biggest policy victory to date.

“I think this is definitely a bigger deal than some of the other departures, due to Cohn’s reputation as proponent of Wall Street,” Dan Deming, managing director at KKM Financial, told CNBC.

What Cohn’s Exit Means for Tariffs

Despite all the handwringing surrounding Trump’s proposed 25% tariffs on imported steel and 10% duties on imported aluminum, at this point they’re just that — proposals.

And GOP leaders, led by House Speaker Paul Ryan, are still frantically lobbying the White House to rethink its plans. Many Republicans fear that the new tariffs could trigger a major trade war not just with China, but also with some of America’s chief allies and trade partners, including the European Union.

Cohn, a champion of global free trade, had been seen as the leading anti-tariff voice within the White House, trying to convince President Trump to step back from the precipice of a trade war. But his departure indicates that he lost this battle, and that the White House will be playing hardball on trade going forward.

Hence Wall Street’s negative reaction to his departure. It “signals that the Trump administration is absolutely going to move forward with tariffs and the risk of a trade war is now more elevated,” says Chris Zaccarelli, chief investment officer for Independent Advisor Alliance.

Cohn’s departure is also seen as a signal that the nativists control economic policy. And that seems to worry investors.

At the very least, free-trade proponents are hoping that Trump will choose more targeted tariffs that go directly after China — which has been criticized for flooding the global market with subsidized goods — but that exempt U.S. allies such as Canada.

Yet Trump’s Commerce secretary, Wilbur Ross, and trade advisor, Peter Navarro, have publicly stated that no countries will be excluded from the steel and aluminum tariffs. They both claim that China and other countries are sending below-market materials to the U.S. via other countries.

In the past, Trump has indicated that he likes to have advisors with differing opinions around him, so they can vigorously debate policy matters. But with Cohn’s departure, Trump’s inner circle of economic advisors now swings more toward the nativist point of view shared by Navarro and Ross. And that runs counter to Wall Street’s global point of view.

What will be interesting is whether Trump names Navarro as a possible replacement for Cohn.

CNBC is reporting that both Navarro and Larry Kudlow, a CNBC commentator who served as an economic advisor in the Reagan administration, are potential names being floated for that job.

If Navarro is named, don’t be surprised if there’s yet more selling on Wall Street.