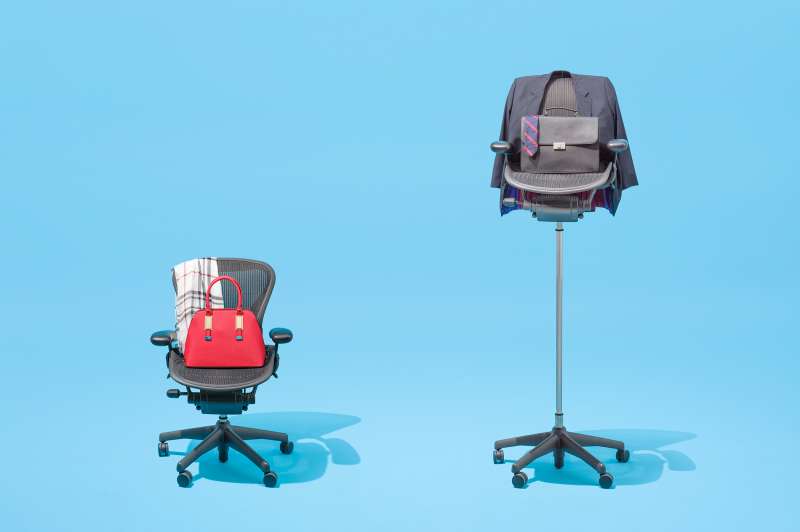 It turns out the magic number when it comes to the gender wage gap isn’t 79 (cents, that is) but rather 32, according to a new report from workforce analytics firm Visier.

The report crunched the numbers on 165,000 employees from 31 U.S. companies to see how wages change as workers progress through their careers. It found that women on average make 90% (other reports put that percentage at 85%) of what their male colleagues make up to age 32, when the gap noticeably widens for women, to around 82% of men’s wages. Once workers reach age 55, the gap narrows slightly again.

The results are in line with previous findings that the wage gap gets wider the older women get and the higher they rise within organizations.

The Visier report notes that women and men received promotions at equal rates in 2015, and that women actually received higher performance evaluations than their male counterparts. Generational differences, too, don’t seem to account for wage discrepancies, since even millennial women—who have had more access to salary negotiation resources and better pay transparency than previous generations—see their pay gap expand as they get older.

So what’s happening in the workplace once women enter their early 30s? As Visier notes, that’s the time when many women leave the workforce to have children. But it’s also when workers start accelerating their climb up the corporate ladder.

In fact, Visier found that while men and women hold roughly the same number of management positions throughout their 20s, once workers hit the age of 32, men hold a significantly higher proportion of those roles (as much as 10% more). And managers earn, on average, double the wages of non-managers, according to the report.

In other words, women are leaving the workforce during the “critical career advancement and earnings potential timeframe.” Getting more women in management positions, Visier contends, would go a long way toward eliminating the wage gap.

“It turns out that the gender inequity is not just a compensation issue, it is a problem of unequal participation of women in the higher paying managerial jobs,” said Visier’s CEO John Schwarz.

So what can companies do? Activists have long pointed to the “motherhood penalty” as a primary driver of wage inequity. Mothers often face difficulties upon reentering the workforce when they leave, and their wages are often much lower than those of their male colleagues who stayed on the job uninterrupted. It’s why those fighting to close the wage gap are proponents of subsidized childcare and paid parental leave for mothers and fathers, which would help women get back to work sooner. Visier noted that a 2010 report published by the Swedish Institute of Labor Market Policy Evaluation found that “each additional month that the father stays on parental leave increases the mother’s earnings by 6.7%”.

Another way, Schwarz said, is for companies to protect the career trajectories of women on the way to becoming managers—whether or not they leave the workforce to have children. “Businesses need to take a look at how to protect the woman’s opportunity to progress through her career at the same rate as her male counterpart,” he said. “Don’t take the time away from her career plan, assume that she had in fact worked.”

Asked whether this was unfair to the men and women who did not leave the workforce to have kids, Schwarz responded that it was less a matter of fairness and more a question of what society values.

“Clearly it is in society’s interest to have children, and women have the children. If we want women to have children, and women want careers, we need to find a way to mitigate the price that women pay to have a child,” he said. “If we don’t find a way to make 50% of the workforce equally compensated and equally valued, it’s going to be difficult for us to progress at the rate we need to.”