Where Millennials and Boomers Agree After Controversial Election 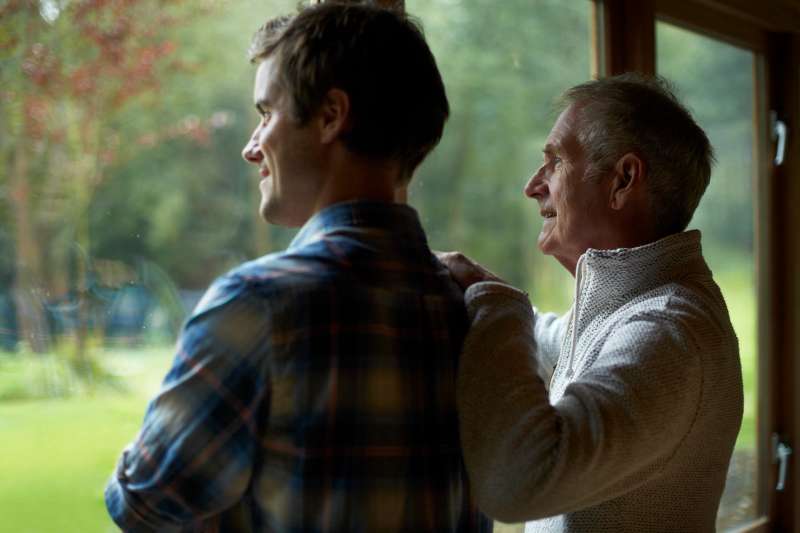 At a moment of sharp national division, here is a bit of good news: young and old are not at one another’s throats in this country.

A survey released on Thursday finds Americans of all ages have very little interest in the myth of “generation war” we hear about so often in debates about federal spending and entitlements, or from narrow-minded pundits pointing a finger at boomers for screwing it all up for millennials.

Instead, the generations seem to recognize their interdependence and respect one another, according to Encore.org, which has played a key role over the past decade in developing ideas and networks aimed at tapping in to the human potential of older Americans for the greater good.

The survey found that young and old are remarkably in tune on the need for intergenerational cooperation as a source of national strength during a time of rapid population aging, growing racial diversity and political strife.

The survey research is tied to a major new youth mentoring initiative unveiled by the San Francisco-based nonprofit, whose Generation to Generation campaign aims to recruit and mobilize more than a million older adults to help young people thrive.

The survey findings are remarkable, considering the yawning generational gap on display in last week’s presidential election. Exit polling found that voters aged 18 to 29 preferred Hillary Clinton by a whopping 18 percentage-point margin, and voters aged 30 to 44 went for the Democrat by 8 points. Older voters preferred Republican Donald Trump by 8 to 10 percentage points.

“This isn’t a happy moment for common ground in America,” said Paul Taylor, a consultant to Encore on the survey and author of “The Next America: Boomers, Millennials, and the Looming Generational Showdown” (PublicAffairs, January 2016).

“But it’s incumbent on us all to understand not just the sources of difference, but the possibilities for common ground – and this is one very real area of possibility.”

The survey casts refreshing light on where that common ground might be found. Sixty-five percent of respondents agree that the country’s growing diversity, and cooperation between old and young, can be a source of national strength in the years ahead. And more of today’s young people say they have very close, loving relationships with their parents (50 percent) than do today’s older adults (45 percent).

Encore’s campaign aims to change the national conversation on the role older people can play in the lives of the young. “We want to convey the message that instead of hanging on to fast-fading youth, older people need to be there for the young,” said Marc Freedman, Encore’s founder and CEO.

The campaign aims to mobilize at least 1 million older adults to “stand up and show up for kids,” he said, in schools and youth organizations. The project also will showcase cities where youth mentoring is working well. The campaign’s initial city focus will include Los Angeles, Boston, Seattle and San Jose, California.

The emphasis will be on kids in need. Encore’s research shows that 16 million young people reach age 19 without ever having any kind of adult mentoring, including 9 million at-risk youth. Two-thirds of affluent children have some form of mentoring beyond their immediate families, while the same share of low-income children do not.

Mentoring is hardly a new idea. By some estimates, there are more than 5,000 mentoring programs in the United States, and research affirms it can be very effective at improving behavioral, social, and academic outcomes. But many programs have long lists of children awaiting mentors, and recruiting is where Encore hopes to play a role.

And even though they have the time, older adults are not the most likely to volunteer, according to the U.S. Bureau of Labor Statistics (BLS). That honor belongs to people aged 35 to 55. And the rate of volunteering among Americans aged 55 to 64 actually has been declining somewhat, BLS found.

“If you asked the consultants to design the perfect group of people to serve as a resource for kids, then you’d come up with a population that looks pretty much like the older population today,” said Freedman.

“As people get older, they have a natural impulse to connect, and research shows that they are three times more likely to be happy when they are in a mentoring relationship. But we’ve been working systematically for the last 50 years to separate them through things like age-segregated housing.”

So that is the upbeat news in a week when we are hearing a lot about division and strife. One last bright spot to report: The Encore survey also asked Americans this question: “What makes America great?”

Among the answers: our work ethic, the chance for future generations to prosper, our form of government, military strength. But here was the most frequent answer: individual freedom and liberty.

Information about the campaign is available here.