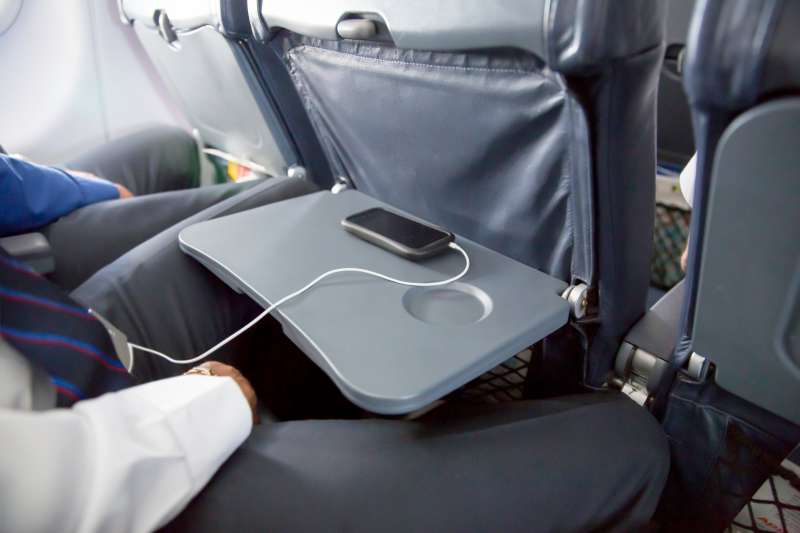 Ask people what part of the flying experience in economy they hate most, and they’ll probably say the seats. In our latest airline survey “seat comfort”—or lack thereof—was a big predictor of how happy our respondents were with their flight overall. And, according to the 2016 American Customer Satisfaction Index, the fact that airline seats are so cramped and uncomfortable “continues to be the most troublesome aspect of the in-flight experience for passengers.”

Unfortunately, the tight squeeze may be getting even tighter. Many airlines have been installing so-called “slim-line” seats in their economy sections. These seats have ultrathin cushions, which allows the airlines to move rows closer together and pile more passengers, sardinelike, on their planes without sacrificing pitch (airline lingo for the distance between a point on one seat and the same point on the seat in front of or behind it). While pitch isn’t a measurement of leg room, per se, it is safe to say that the greater the pitch, the higher the likelihood of a less knee-cramping trip.

Although you may not be able to avoid a slim-line seat on many flights in economy today, we found there are some ways to score a little more leg room without paying an upcharge.

You should have a more comfortable trip if you fly with the airline at the top of our latest ratings for trips in economy: JetBlue. It earned a higher score than any other airline for its coach cabin’s seat comfort and leg room.

True, JetBlue has also been adding slim-line seats to its economy sections. But its seat pitch measurement in economy remains one of the most generous—32 to 33 inches in most cases, and a few of its planes have 34-inch pitches, according to SeatGuru. Many Southwest flights also have 32 to 33 inches of pitch. Virgin America economy seats run about 32 inches. Alaska and United typically run 31 to 32 inches, while on American flights it’s often 30 to 32 inches.

On Allegiant, the measurement is a scant 30 inches across the fleet; Spirit flights offer an even skimpier 28 inches of pitch in economy.

If you find several airlines fly a route you want to book and the fares are similar (including extra fees, like those for checked bags), compare how much leg room you’ll get in economy on each airline.

To do so you’ll have to do a bit of research. Note the flight numbers on each airline you’re considering. Then go to SeatGuru’s website to compare the pitch in economy on each of the flights (you can see the seat map for each airline’s plane on that route). The seat maps also note which seats are avoid-at-all-costs because, for example, they do not recline, have a misaligned window, or are right next to the restrooms.

If you are booking a flight and find when you go to choose a seat that only the more expensive economy seats with extra leg room are available, don’t cough up the extra money, says George Hobica, the founder of the travel website Airfarewatchdog.com. You will be assigned a seat at the airport—except in the very rare case you are involuntarily bumped, says Hobica. If in fact all the “cheap” seats are taken, you’ll be bumped up to an economy seat with extra leg room when you check in. That’s an extra 3 to 8 inches of leg room, give or take!

If you travel a lot and are loyal to a particular airline, joining its frequent flyer program entitles you to perks that can include free extra-leg-room seats. For example, when you fly 25,000 miles on American (or travel on 30 of its flights and spend at least $3,000) in one calendar year, you earn Silver status that can get you (and a companion) complimentary access to its roomier economy plus seats for the rest of the year–plus priority check-in, faster security clearance, and early boarding, among other perks.

If you put a high value on extra leg room and your airline doesn’t offer this benefit, you may want to consider switching to another airline’s loyalty program.
Read More: 7 best mattresses for couples

Take the First or Last Flight of the Day

Early and late flights tend to be less crowded, notes Hobica. So you’re more likely to find seats with extra leg room for no additional cost. (Opt for the early flight if you’re making a connection.)

If two of you are traveling together and the rows are three across, choose the aisle and the window seat, suggests Deia B of WiseBread.com. If only the middle seat is empty, it’s less likely to be booked if the flight is not full and other options are available, giving you both lots more room to spread out. If someone does choose that middle seat, that passenger will usually be happy to trade with one of you so you can both sit together, so at least you’ll be fighting over the arm rest with someone you know and like.