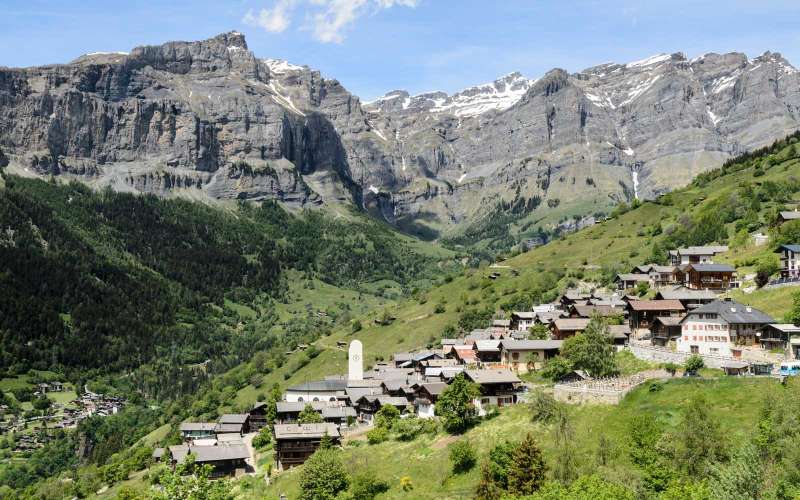 If you’ve ever wanted to live in a quiet, picturesque town in the mountains, the time is now.

The Swiss village of Albinen, near Leukerbad in the canton of Valais, will be voting on an initiative that would offer money to non-residents who are willing to live in the village for at least 10 years.

Residents of the tiny village have been moving away in great numbers over the last few years, prompting the vote. The village itself only has 240 residents, and the mass departures greatly influence the town’s economic success.

Many of the people who have been moving away are young people — especially families. According to Swiss news agency ATS, the local school had to close after three families moved away.

It’s not that the village in uninhabitable — quite the contrary. The small town, though not a metropolis by any imagination, is quite beautiful, clean, and there’s even a nice spa nearby. Of course, there aren’t many jobs (and the subsidy from the town isn’t quite enough for an annual salary), but there are bigger towns close by where you can work. Or, even better, maybe you can get a remote job and work from your gorgeous new Swiss home.

If you are one of those people who wants to leave bustling city life behind, there are a few criteria you must meet.

Other than agreeing to live in the town for a decade, eligible applicants must be aged under 45. The property they choose in the village must also have a minimum value of 200,000 francs (about $201,600 USD), and be your permanent home, not a second residence.

If you move away before 10 years is up, you must pay the town back for their investment.