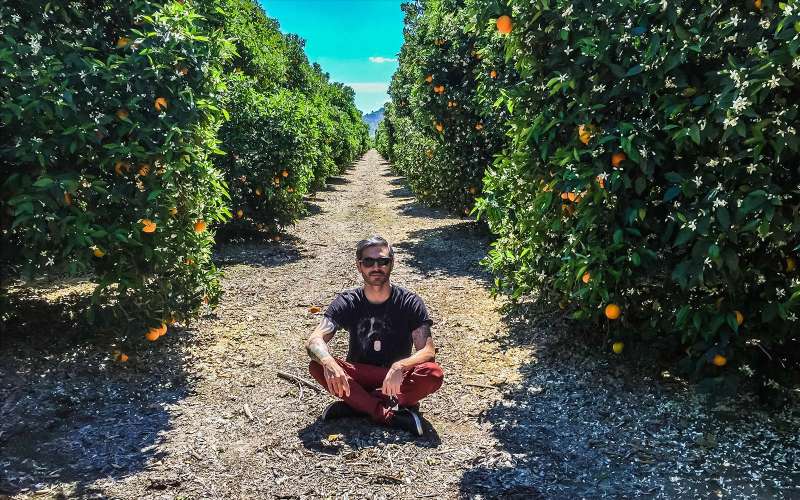 In April, Guinness recognized Cayea for the world record for “Longest Journey By Car In A Single Country,” for driving about 36,000 miles across the continental United States over 122 days.

On November 7, he will set out to circumnavigate South America.

Cayea will start his itinerary in Montevideo. From there he only has loose plans — perhaps heading to Buenos Aires, Bariloche, Ecuador, Chile, Colombia, Peru, Brazil. Cayea said the actual geography doesn’t interest him as much as the people he will meet along the way.

“The goal is set, and the one-way ticket to Montevideo is purchased,” Cayea told Travel + Leisure. “The plan is to not die. That’s the only plan I have.”

After sharing a potential journey on Facebook, Cayea started receiving a flood of emails, messages and comments from friends, family and fans, saying that they were excited he was heading out again on an epic journey. So he bought the ticket.

“I plan on digitally hitchhiking as much as possible,” Cayea told T+L. “Grabbing rides from whomever and however, in person, on the internet, social media, whatever it takes, I’ll figure it out.”

Although Cayea plans on the journey lasting between two to four months, he admitted he could end up staying a year if he finds “some off job that seems interesting.” For that entire time, Cayea is packing only the bare essentials: one pair of jeans, a pair of shorts, underwear, socks, hiking sandals, a laptop, a baseball cap and several notebooks. It all fits in a backpack.

“I’ve got a healthy fear that I might someday look at my life and wonder why I never went to every country in South America, so I’m going to do it before that happens,” Cayea said. “On a more pragmatic level, I wanna become fluent in Spanish. I wanna live up to my own self-image as a traveler.”

Anyone can keep up with Cayea’s South American journey by signing up for his email newsletter or following him on Instagram.