Don't Let the Cost of a Haircut Ruin Your Relationship 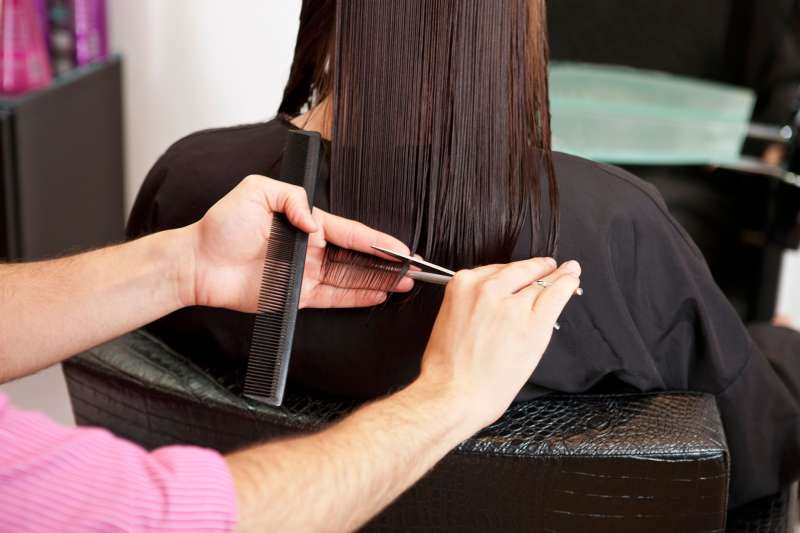 Here’s a little marital tip: When financial experts say couples should compromise on absolutely everything, there are times when you just need to split hairs.

For instance, just try to tell your spouse how much he or she should spend on getting their hair done.

I asked my social media followers about the way couples should handle the significant costs of getting one’s hair done, and the reaction was fiery.

A sampler: “There are some things you don’t share with your spouse, and hair cost is one of them.”

“It costs to look this good … and no, hubby doesn’t need to know, nor does he ask.”

“Two things men should only address if they have something good to say: hair and weight.”

Haircare, in particular, seems to be an intensely personal subject for couples. Throw money concerns into the mix, and it can lead to the financial equivalent of a really bad hair day. Indeed, financial arguments are by far the No. 1 one predictor of divorce, according to research by Sonya Britt, a professor at Kansas State University.

There is no doubt the costs of haircare can add up, and quickly. U.S. spending on hair services in 2014 amounted to a record $46 billion, estimates Parsippany, New Jersey-based consulting firm Kline & Co.

The average salon client drops $67.17 per visit for hair services, according to American Salon’s Green Book industry report. That’s a repeated cost, of course, with men going to a stylist 11.2 times a year on average, and women dropping in 12.9 times annually.

“As a woman you grow up feeling like expensive hair treatments are mandatory, almost like you’re being shamed into it,” says Dr. Phoenyx Austin, a fitness expert in Washington and author of “If You Love It, It Will Grow” and the children’s book “Love Your Hair.”

“You don’t want someone telling you you’re spending too much money. It’s a very touchy subject.”

That said, Austin says the final tab can easily get “out of hand,” when you are combining pricey appointments with expensive take-home products. She knows of women who spend up to $1,500 a month on their hair.

Costs can disproportionately affect minority communities, where haircare procedures tend to be more elaborate. The average cost of getting extensions or weaves, according to the Green Book: A whopping $487.25 every time, up $137.29 in a single year.

Austin, who is African-American, went for a more natural look years ago, which saves a ton of money on processes like chemical straightening. But if times are tight and there is room for your family’s salon budget to be cut back, she advises that you look in the mirror first.

“The worst thing is to come at your spouse complaining about a salon bill, when you’re shelling out lots of money on other stuff,” she says.

“Make sure to frame the discussion that any cutbacks will go into family savings, or to your kids’ college. That’s a good way to massage it into the conversation.”

Samantha McGarry once went into battle on the subject, and the skirmish was brief and decisive.

“At one point, my husband said something about the cost of getting my hair done,” says the 47-year-old public relations executive from Framingham, Massachusetts. “So we had a little conversation, and now he knows to focus on other areas.”

If times got really tough, McGarry would find room to trim spending and try more do-it-yourself coloring jobs. Truth be told, McGarry doesn’t spend crazy amounts on her hair: $120 every now and then on a cut-and-color. She certainly does not want that budget shorn.

“It’s about feeling beautiful, it’s about having ‘Me Time,’ it’s about all of that,” McGarry says. “Spouses should probably steer clear in order to keep the peace.”