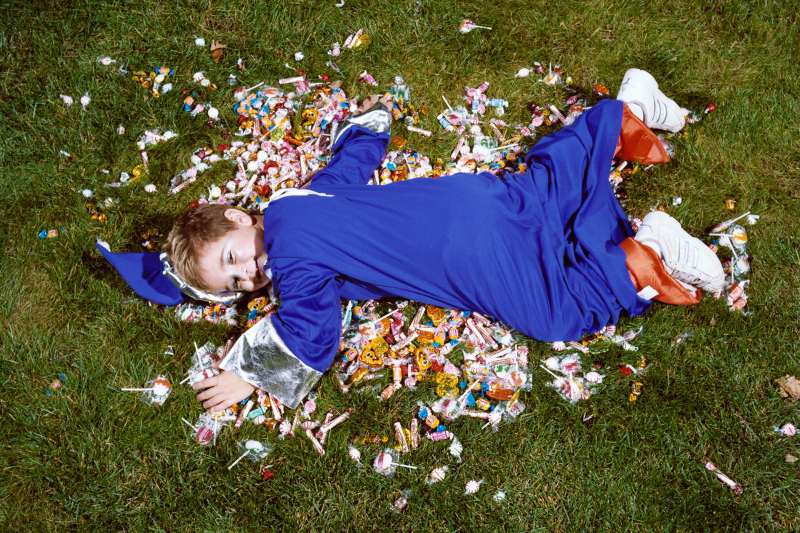 Kids work adorably hard to compile their trick-or-treating hauls, and parents are known to look the other way as their little goblins and witches go a bit overboard indulging in Halloween candy. But at some point after October 31, it’s time to put a stop to the binge. And the most realistic way to hit the brakes on the Halloween candy intake is to simply get it out of the house.

You could trash the lion’s share of your child’s candy, but that’s wasteful and, in the eyes of the kid who pounded the pavement to gather the stash, unnecessarily cruel. The solution that hundreds of thousands of families participate in is the Halloween Candy Buy Back program.

The program was created a decade ago and has expanded massively since. Today, roughly 3,000 dentist offices and other businesses around the country participate as drop-off—and payout—sites for Halloween booty. In general, the way the program works is that families bring some or all of their trick-or-treat candy over to a participating dentist’s office, which will pay kids $1 per pound in the trade-in. The candy is then divvied up into care packages that are sent to troops overseas with the help of a partner group called Soldiers’ Angels.

Read Next: Eat Your Halloween Candy In This Order

Dentists generally launch their “candy for cash” operations on the day after Halloween. Times vary: Some offices only offer a brief collection window on a single afternoon, while other participants allow kids to trade in candy anytime during business hours over a two-week span.

In past years, the Halloween Candy Buy Back program has collected slightly over 400,000 pounds of candy, consisting of more than 12 million individual pieces annually. Again, it’s all going to the troops overseas. Kids are also encouraged to write letters to soldiers abroad—hopefully to cheer them up, not to make them feel guilty about taking candy from children.

To find a participating nearby dentist, type in your zip code in the Halloween Candy Buy Back search box. (And if you’re really loath to part with the stuff, see how long different candy lasts here.)