Is Your Office Haunted? Here are the 4 Spookiest Office Buildings in the U.S. 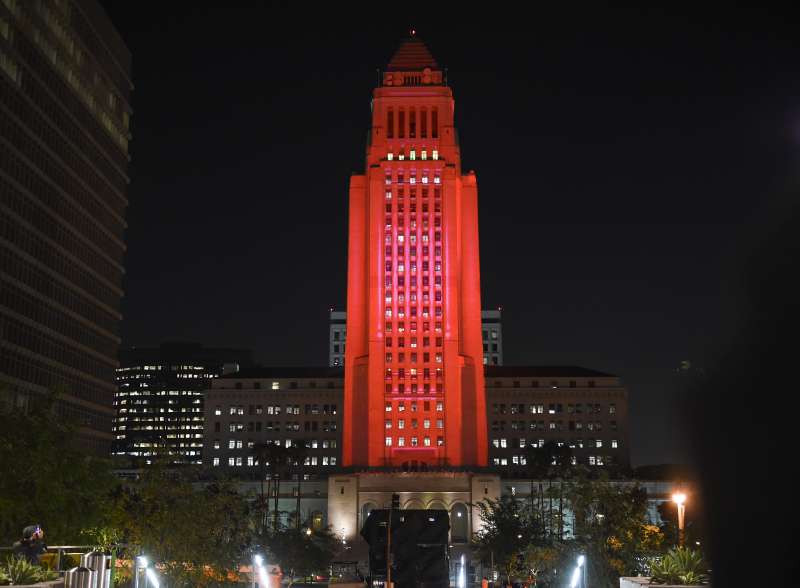 Ever catch yourself saying, “My job is a nightmare”? If so, you might mean a lot of different things. You could be dealing with an insanely annoying boss, or coworkers who are more like playground bullies, or perhaps you are forced to work in the confines of the dreaded open-plan office. In any case, these nightmarish situations are small beans compared to working in an actual nightmare, a.k.a. a haunted office building. If you know someone who works in any of these buildings, you might want to let them know it’s haunted. In no particular order, here are the most haunted office buildings in America.

L.A.’s City Hall building is the hub of all activity for the state’s local government employees. The building itself was erected in 1928 and houses 32 floors of offices and meeting rooms, as well as the mayor’s office, and has long been rumored to be haunted. It also reportedly once housed a morgue. Security guards specifically claim that floors 2, 3, 4, 27, and 28 are the most haunted, saying that you can actually feel someone walking beside you. Cameras have also captured unexplainable images of human figures throughout its haunted halls.

The Empire State Building is known worldwide as a symbol of New York City. The world’s tallest building when it was built in 1931 and for 40 years afterward, the Empire State Building has known plenty of tragedy. Over 30 people have attempted suicide since its completion. One such haunting experience involved Evelyn McHale, famously known as the “Most Beautiful Suicide.” In 1947, McHale jumped from the top of the building and met her death on top of a limousine that was parked more than 1,000 feet below the building. Today, it’s said that McHale still haunts the building, specifically the 86th floor observation deck. If you’re ever visiting and find yourself next to a woman dressed in 1940s attire and bright red lipstick, it might just be the ghost of Evelyn McHale.

This haunting takes us to Chicago, to the studio where Oprah Winfrey recorded her show. But this building’s haunted history goes back a lot farther than Harpo Productions. Back in 1915, a local company called Western Electric rounded up four charter ships to take 10,000 of its employees to Indiana for a company picnic. As soon as one ship pulled out of port, many of the 3,200 people on board rushed to the front of the ship to have a farewell view of the city. Within 15 minutes, the boat capsized, trapping hundreds underwater. Rescue workers were forced to find a makeshift morgue for the 844 dead, which included 20 complete families. That’s where Harpo Studios, then an armory, comes in. The building is still said to be haunted by the ghosts of those who drowned in the Chicago River that day. Oprah herself has reported seeing shadowy figures, dubbing one “the Grey Lady.”

What was once a luxury department store back in 1929 frequented by stars like Alfred Hitchcock and John Wayne is now home to Southwestern Law School. But before it was bought and eventually renovated to be up to code and a bit more welcoming, the building had a dark and haunting past. Rumors say that back during the 1930s, a girl fell to her death after a man pushed her off the ledge of an elevator shaft. During the renovations, security guards reported hearing a girl crying, seemingly from the elevator shaft. Visitors have also experienced lights flickering on and off on their own, window shades closing on their own, and footsteps down every hall. In the ’80s, this building was featured in the movie Ghostbusters.