A Record Percentage of Americans Now Have Health Insurance 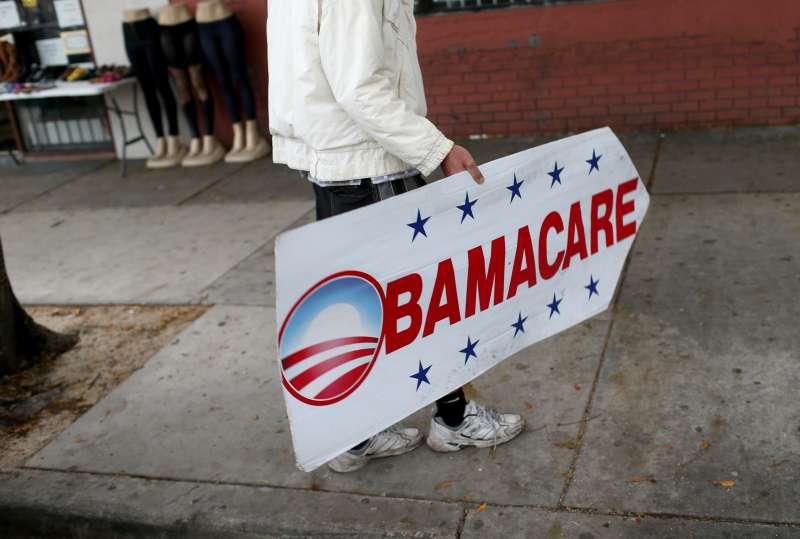 Pedro Rojas holds a sign directing people to an insurance company where they can sign up for the Affordable Care Act, also known as Obamacare, before the February 15th deadline on February 5, 2015 in Miami, Florida.
Joe Raedle—Getty Images

The federal health overhaul may still be experiencing implementation problems. But new federal data show it is achieving its main goal — to increase the number of Americans with health insurance coverage.

According to the annual report on health insurance coverage from the Census Bureau, the uninsured rate dropped to 9.1%, down from 10.4% in 2014. The number of Americans without insurance also dropped, to 29 million from 33 million the year before.

The Census numbers are considered the gold standard for tracking who has insurance and who does not, because its survey samples are so large. It does change methodology from time to time, however (most recently in 2013), so years-long comparisons are not necessarily accurate.

Still, between 2013 and 2015, the first two full years the health law was in effect, the uninsured rate dropped by more than 4 percentage points. The total number of uninsured fell by 12.8 million. Meanwhile, the percentage of Americans with insurance for at least some part of the year climbed to 90.9%, by far the highest in recent memory.

“I don’t remember it ever being in the 90s before,” said Paul Fronstin of the Employee Benefit Research Institute, who has been tracking insurance statistics since the early 1990s.

The Obama administration was quick to take credit for the insurance improvements. “The cumulative coverage gains since 2013 have put the uninsured rate at its lowest level ever,” said members of the White House Council of Economic Advisers in a statement.

The 2015 report shows insurance gains across all income levels, ages and types of employment, although some groups did better than others. Young adults — specifically 26-year-olds — remain the most likely to lack coverage. Although the Affordable Care Act guaranteed that young adults could stay on their parents’ plans longer than in the past, that protection ends when they turn 26.

Among states, those that took the health law’s option to expand the Medicaid program for the poor saw greater gains in coverage than those that did not. “The overall decrease in the uninsured rate of 2.4 percentage points in expansion states, compared with 2.1 percentage points in no-expansion states,” said the report. The state with the highest percentage of uninsured residents remained Texas at 17.1 percent; the state with the fewest uninsured remained Massachusetts with an uninsurance rate of 2.8 percent.

The single largest source of health insurance remains plans provided by employers. An estimated 177.5 million Americans had employment-based coverage in 2015, which was up more than 3 million from 2013.