5 Things They Never Told You About Your Home Loan 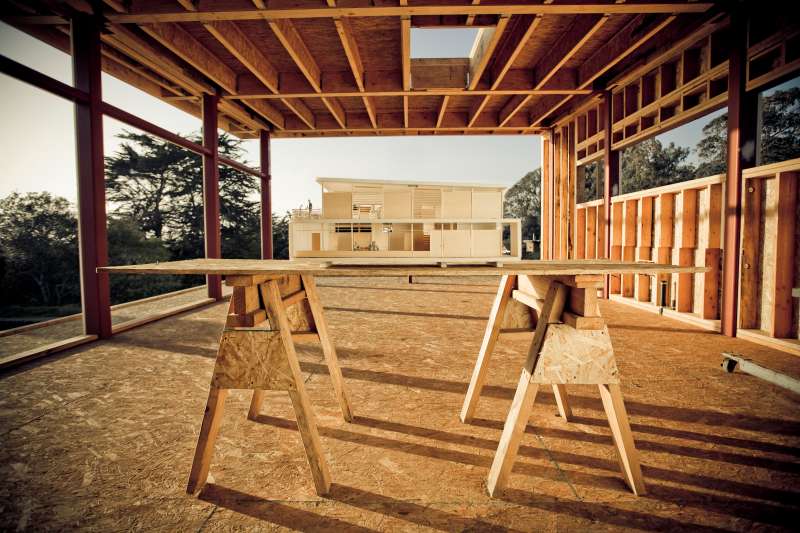 So you’re ready to buy a home.

There’s just one problem: You don’t have enough money. So now you need a home loan.

Now, there’s good news here, too. On the Internet, you’ll have no problem at all finding advice about home loans — also known as mortgage loans — on how much of your income to devote to buying a house, what kind of monthly payments you can afford, the tax advantages of taking out a big home loan, and so on. But…

Thing No. 1: They’re trying to sell you something
Here’s a dirty little secret of the home loan industry: Most of what you read about home loans on the Internet is written by people trying to sell you a home loan. Right now, as I pen these words, the top three entries on the subject of “home loans” on Google are paid advertisements from PNC bank, from Quicken Loans, and from LendingTree — a company that according to S&P Capital IQ, did $190 million in business last year directing homebuyers to its “network of approximately 300 banks, specialty finance providers, alternative lending platforms, credit unions, loan brokers, and other lenders or intermediaries.”

In short, most of what you read about home loans on the Internet is sponsored by folks who make money off of convincing you to take out the biggest home loan possible.

Thing No. 2: You (really don’t) need a bigger house
More often than not, the advice these people will give you is to “buy the most ‘house’ you can afford” — and take out the biggest loan possible to do that. This is very popular advice. In 1975, U.S. Census Bureau figures show that the average size of a new single family home in the United States was just 1,645 square feet. By 2010, the most recent year for which Census has data, that had grown to 2,392 square feet — an increase of 45%.

People are obviously free to buy whatever size home they like and to raise whatever size families they want as well. At the same time, however, before taking out a big home loan, it’s worth asking whether you really need to buy the biggest home on the market. If Mom and Dad, and Grandma and Grandpa, raised their families in 1,645 square feet or less, do you really need 45% more space to raise a third fewer kids?

The answer is “probably not.”

There’s an argument to be made that the never-ending desire to “keep up with the Joneses,” combined with encouragement from the mortgage lending industry, has led a lot of homebuyers astray. Encouraging us to buy more house than we need, mortgage bankers have ensured they’ll be richly rewarded by extending us supersized home loans to pay for our increasingly large, and decreasingly crowded McMansions.

Thing No. 3: You may not even be able to afford it
Real estate professionals love to shift goalposts. One of our favorite personal finance websites, Get Rich Slowly, explains the process: Back in the 1970s, when 2,000-square-foot homes were a rarity, homebuyers were commonly told to ballpark an “affordable” monthly mortgage payment at 25% of income.

By the early 1990s, that standard advice had already crept up to 28% of income, moving quickly toward 33%. By the time the financial crisis hit in the mid-2000s it was not uncommon to hear real estate agents and mortgage lenders talking up the idea of devoting as much as 41% of income to mortgage payments.

From the perspective of lenders, such “percentage creep” makes sense. The more you borrow, the more interest you end up paying them. Plus, when home prices are high, convincing you to earmark an unsafe level of income to mortgage payments may be the only way to get you to take out a home loan at all. And yet, The Automatic Millionaire Homeowner author David Bach has warned that as a general rule, “the amount the bank or mortgage company is willing to loan you is more than you should borrow.”

Thing No. 4: You might get a huge tax break … or you might not
Another trick real estate agents and mortgage bankers like to play when advising that you “buy as much house as you can afford” is to point out that the more money you borrow on a home loan, the larger your tax break will be from the federal mortgage interest deduction.

That’s true, in part. Larger loans generally mean bigger interest payments, and larger deductions of that mortgage interest from your income tax liability. But the size of the benefit depends very much on the interest rate you pay. As incomes have stagnated in recent years, interest rates have fallen, and the standard deduction has grown, the tax benefits of carrying a large home loan have shrunk.

When you consider that the standard deduction for a married household this year is $12,600, and even factoring in other likely tax deductions, it’s likely that many families today will see little or no tax benefit to deducting mortgage interest from their tax return.

Thing No. 5: Even this benefit is not set in stone
Even at low interest rates, high earners who buy large and expensive homes can still see tax savings from the mortgage interest deduction in today’s low-rate environment. But as U.S. government debt balloons ever bigger, the risk that the government will curtail tax breaks for mortgage interest only gets bigger as well. In fact, there’s already precedent for this.

The 1987 tax reforms capped a married couple’s deduction of mortgage interest at $1 million in home loan value. And the amount of interest you can deduct also begins to phase out at higher income levels.

With these two precedents in place, there’s every reason to suspect that as the U.S. government works to get its financial house in order, mortgage interest deductions will be further circumscribed, and the tax “benefit” of carrying a large home loan will decrease. Adding insult to injury, if and when something like this happens, it’s likely that house prices will fall to take into account the lower tax benefit of paying a high price for a home.

One final thing
Some of the things you’ve been told about home loans are true. Some are partially true. Others are mostly false. But here’s some advice you can take to the bank: No one ever increased their risk of bankruptcy, of foreclosure, or simply of being able to live a comfortable, financially stress-free life, by buying less than they can afford.

When you get right down to it, you can’t go wrong by figuring out how much house you need, and buying just that much house. Anyone who tells you different, and who encourages you to take out a bigger home loan that you are comfortable with, is probably “trying to sell you something.”

And the advice for what you should do in that situation is as old as the Roman Empire: Caveat emptor.