10 Home Security Hacks for the Holidays 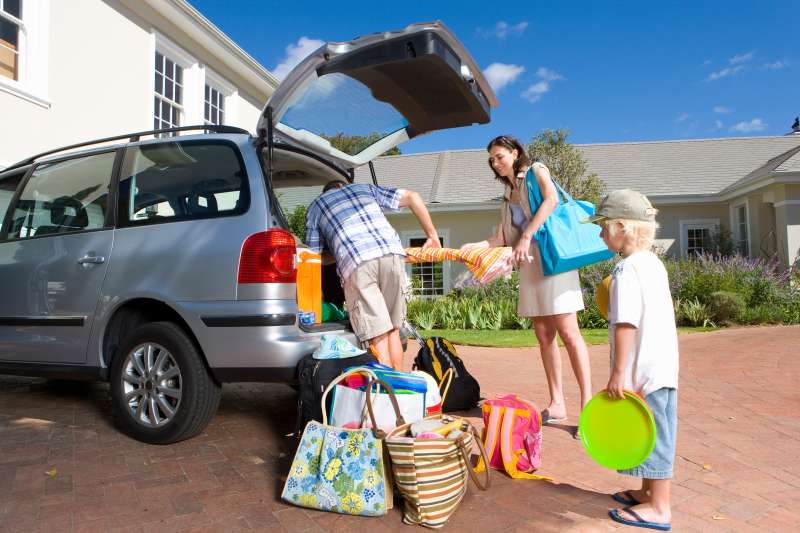 If you're packing for vacation, do it in the garage, not where everyone can see.
Juice Images—Getty Images

The bungling burglars from Home Alone may have seemed like idiots for being so easily foiled by a bratty 8-year-old boy, but when it comes to home safety during the holidays, they’re much more realistic than Kevin and his swinging-paint-can defense.

That being said, according to statistics from the FBI, there were an estimated 1,729,806 burglaries in 2014. On the positive side, the U.S. Department of Justice studied the numbers too, finding that household burglary rates are surprisingly lower in winter and higher in summer.

No matter what time of year, you probably aren’t keen on leaving a kid behind to defend the old homestead. And once that sense of security is shattered, you might be prompted to make an expensive decision — such as adding your home listing to the Atlanta, GA real estate scene just to give yourself some peace of mind.

Before you take serious action, put these 10 holiday safety tips to work and make your home less of a target this holiday season — or any season.

Sure, you’ve set the alarm and have motion-activated lights outside, but there are some additional things you should consider doing to fortify your home. For instance, install a heavy-duty lock strike plate on your door; it’s the weakest part and where thieves may try to break in. You can also add sash pins to double-hung windows to make them more secure.

2. Look as though you live there when you’re out of town

If you live where the grass is still growing, be sure to mow it before you leave so your home looks well taken care of. Expecting a big snow? Have someone on retainer to shovel your walk and driveway for the same reason.

Who doesn’t love twinkly lights? But if you want to bring a touch of Clark Griswold to your home, be sure you aren’t running electrical extension cords through your windows. If they don’t close and latch, you’re sending burglars an invitation to invade.

A common way to scope out what kind of goodies you have in your home is by posing as a charity asking for donations. If someone comes to your door, don’t open it, or ask for an ID that links them to the charity — and don’t let them see inside.

5. Use the latest tech

Gayla Leathers of Berkshire Hathaway HomeServices Ambassador Real Estate in Omaha, NE, says to take advantage of a device called FakeTV, which mimics the flickering light of a TV to make it look as though you are home. You can also buy Wi-Fi-connected plug-in devices that allow you to turn lights on and off remotely with your cellphone.

6. Keep your tree out of sight

The Christmas tree in front of the window looks lovely, all piled with presents for thieves to see — and take. Either keep your tree away from prying eyes or wait until Christmas Eve to put out your presents.

7. Do your packing out of sight

Heading over the river and through the woods to Grandmother’s house? Load up the sleigh in the garage or out of sight if at all possible, advises Heather Dodson, a real estate agent at Team Leung in Greensboro, NC.

8. Be smart about boxes

Hopefully, you score a lot of gifts, but don’t leave the empty boxes on the curb for everyone to see. Break down the boxes, turn them inside out, and put them in your container on the day trash is picked up. Even better? Cart those boxes to a recycling center yourself.

9. Make a record of gifts

Got some big-ticket items coming down your chimney this year? It’s a good idea to take a picture of anything pricey, and even jot down the serial number. Should the worst happen, you will have a record of what was taken — or at the very least, a handy reminder of who should get a thank-you note.

It’s hard to fight the allure of Facebook and Instagram. But it’s probably not the best idea to share your travel plans with your 500 closest friends online. Your Facebook profile might not be as private as you think — and it’s better not to take the risk.