Meet the Head of TikTok, a 35-Year-Old Who Makes Employees Do Push-Ups if Their Videos Don't Get Enough Likes 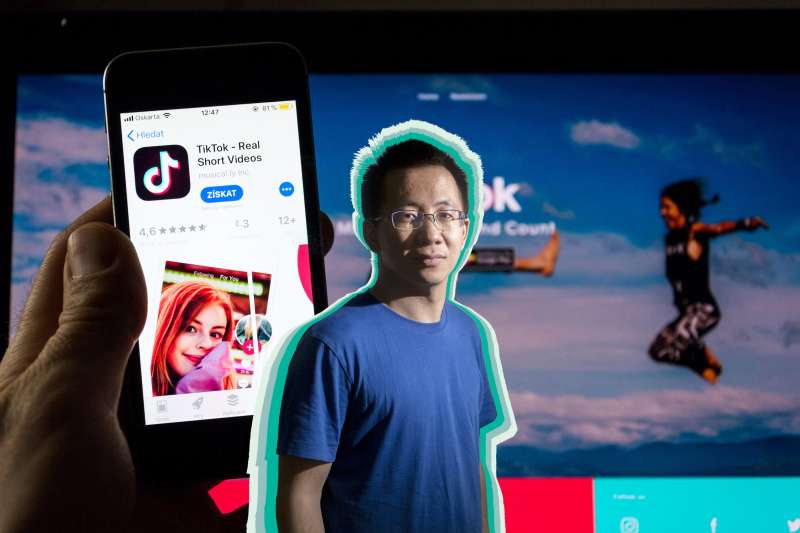 If you’re an internet-savvy teen or the parent of one, chances are you’ve heard of TikTok, the short-form video app that’s currently blowing up online.

Clips on the platform may only be 15 seconds long, but they’re having a big impact: TikTok currently has more than 500 million users worldwide. In fact, it’s generating so much attention that ByteDance, the Chinese company that owns TikTok, was recently crowned the world’s most valuable startup.

Here’s everything you need to know about the app, ByteDance founder Zhang Yiming, TikTok’s finances and how you can make money on TikTok.

What Is TikTok and Who Owns It?

On its website, TikTok describes itself as “a destination for short-form mobile videos.” It has a massive user base, with about 80 million downloads in the U.S. alone, and is especially popular with young people. Like the now-defunct Vine, TikTok has a length limit and is a prime breeding ground for memes. (See: Baby Shark, Hit or Miss, Pretty Boy Swag.)

TikTok is owned by ByteDance, which has been around since 2012 and has a $75 billion valuation.

ByteDance does a lot more than just run TikTok — it also owns Toutiao, a massively popular news platform with 240 million downloads, as well as products like Xigua Video, TopBuzz and BuzzVideo.

What Do We Know About the CEO?

ByteDance’s CEO and founder is Zhang Yiming, a 35-year-old entrepreneur whose background includes the creation of a real estate search engine.

Information about Zhang is scarce. He doesn’t give many interviews, but he appears to have an Instagram where posts include a scenic photo of Tokyo, an aerial video of a wedding and a picture of him standing in front of the world’s first computer. He also seems to really like mini soda cans.

In a 2015 speech at his alma mater, Nankai University, Zhang revealed a handful of other details about himself. He’s a big fan of biographies and spent a lot of time in college reading. He said he’s socially awkward, a “science man” who introduces himself at school reunions with “hi, I installed your computer.” During college, he built websites and did tech troubleshooting for extra money. As an added bonus, it helped him meet his wife.

After Toutiao took off in 2012, Zhang’s ByteDance bought social video app Musical.ly in December 2017 for about $1 billion. The company folded it into TikTok this past August.

For his part, Zhang seems to know he’s kind of a big deal, in his speech comparing himself to Facebook founder Mark Zuckerberg and Uber creator Travis Kalanick. And before you ask: Yes, he has personally tried the app.

“For a very long time, I was merely watching TikTok videos without making any of them myself, because it’s a product mainly for young people,” Zhang said in a 2017 interview. “But later on we made it compulsory for all management team members to make their own TikTok videos, and they must win a certain number of ‘likes.’ Otherwise, they have to do push-ups. It was a big step for me.”

How Does TikTok Make Money?

Bloomberg reported in October that ByteDance had not yet turned a profit, though its 2018 target revenue is over $7 billion. There have been rumors for months that the company is planning to go public this year.

TikTok offers in-app purchases of coins, starting at 100 for $0.99 and leveling up to 10,000 for $99.99. Users can give coins to their favorite creators, who can in turn exchange them for digital gifts. Mobile intelligence firm Sensor Tower reported that TikTok users worldwide spent $3.5 million on in-app purchases during the month of October 2018, which is nearly four times what they did in October 2017. (It’s unclear what the platform itself earns from this, but Musical.ly had a similar system and received 20% of each tip.)

Digiday reported that agencies also may start advertising on TikTok going forward given its explosive popularity. The Chinese version of TikTok, Douyin, offers splash ads that can cost up to 1 million Renminbi (about $150,000) for one day and newsfeed ads for 30 Renminbi (about $4) per click, according to the Nanjing Marketing Group. Brands like Pizza Hut have done such campaigns.

Can You Make Money on TikTok?

In the past, Musical.ly licensed songs through deals with record labels, 7digital and Apple Music, the last of which is said to pay artists $0.00735 per stream.

Creators may have an even better deal. Right now, U.S. brands are largely using influencers to get their message out on TikTok. A search for #ad returns more than 763 million results; the top videos promote Coca-Cola and Dunkin Donuts.

Influencer Marketing Hub says businesses used to shell out as much as $20,000 per video ad on Musical.ly. TikTok rates are likely similar.