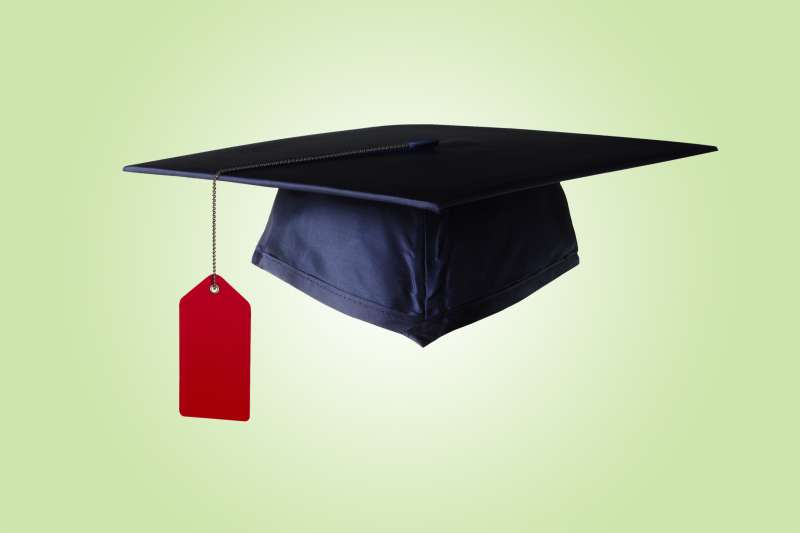 During a higher education hearing on Capitol Hill last month, Lumina Foundation CEO Jamie Meritosis made a telling observation: While nearly everyone agrees that higher education has become unaffordable for many families, few can define what “affordable” actually means.

“It’s an eye of the beholder issue for us right now,” he added later.

Today the foundation, which focuses on higher-ed issues, is out with a suggested formula for determining what’s affordable. It would be the amount families could set aside by saving 10% of their discretionary income for 10 years, plus what students could contribute from working 10 hours a week while in school, or $14,500 over four years at current minimum wage.

Most conversations about affordability focus on college prices, then available grant aid, and finally, what students are left to pay, the Lumina paper says. Instead, this “Rule of 10” proposal aims to reverse that by first defining the maximum amount students can reasonably be expected to pay, and then encouraging colleges and policymakers to use that as a guide in setting prices or designing aid programs.

The proposal is set up as a sliding scale, so that families who earn more would be expected to pay more. And in recognition that some families can’t afford to save 10%—or anything, for that matter—those with an income below 200 percent of the poverty rate would be exempt from the savings part of the contribution. (That would be a household income of $48,500 for a family of four, under current poverty rate guidelines.) Following the formula, a family making an average of $100,000 annually would be expected to save $429 a month for 10 years, or $51,500 in total for college costs.

The Rule of 10 was designed to be easily understandable, Lumina says, unlike the complicated formula the federal government currently uses to determine expected family contribution.

But that also means it may be unrealistically simple. There’s little mention of how much families would contribute from current income while a student was in school or what an acceptable amount of loans would be, aside from a suggestion that those families who don’t meet the savings guideline could be expected to make up the difference through current earnings, additional work, or loans. Another option, according to the paper, would be using the same formula to set the maximum amount of loans a student should be expected to borrow.

“The idea behind this framework isn’t to create a one-size-fits all approach, but rather to provide guidelines that can be easily understood and tailored to individual students,” said Zakiya Smith, strategy director at the foundation, in a press release.

To demonstrate that, Lumina compares college costs to housing costs. The general guideline is that housing shouldn’t eat up more than 30% of income. But while that’s a goal, it’s certainly not applicable for every household. The same will be true of college savings, the paper says.

And like housing affordability, agreeing on a definition of affordable is helpful, but it isn’t the same as finding a solution for how to pay for all the costs that go beyond what’s affordable.