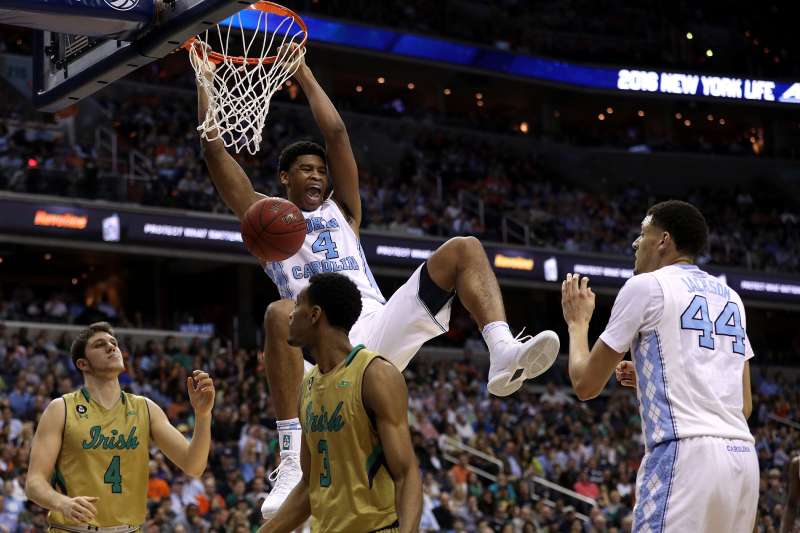 Like last year, the NCAA men’s basketball tournament is being broadcast on CBS and a trio of Turner Sports’ pay TV channels—TBS, TNT, and truTV. Unlike last year, however, when the final game was aired on CBS, this year the NCAA has agreed to televise both semifinal games (on Sat., April 2) and the championship game itself (Mon., April 4) on Turner channels, which are not free over-the-air networks.

Still, there are ways to watch tons of NCAA March Madness action—including the semifinals and finals—without paying a dime for a pay TV package, and without even the requirement of owning a TV. Here are the options, including one that’s brand new to most of America.

Games on CBS
Roughly one-fourth of the opening round games are being televised on the CBS network, and you should be able to tune into your local CBS station for free with the purchase of an HD antenna. If you don’t have a TV and/or don’t have an antenna, fret not: Download the NCAA March Madness Live mobile app, and you can livestream all of the games airing on CBS.

Games on TBS, TNT, truTV
To watch or stream the games being broadcast on any of the Turner pay TV channels, you must have a log-in for a pay TV package. With such a pay TV package, you can stream every game in the tournament via the NCAA March Madness app, or watch these channels just like you normally do.

As we highlighted last year, one hack for getting free access to pay TV channels like TBS and TNT is to sign up for a free trial of Sling TV, the DISH Network-owned streaming service. The standard Sling package costs $20 per month and includes unlimited livestreaming of channels such as ESPN, AMC, HGTV, and TBS and TNT. TruTV, which is normally an add-on channel that costs $5 extra, is being included with Sling TV for no added fee during the basketball tournament.

Read next: How to Watch All the TV You Want Without a Cable Bill

New Sling TV customers can get a seven-day trial for free, and if you happen to also be in the market for an antenna to catch CBS broadcasts, you can extend that to a free 10-day trial with the purchase of an RCA antenna.

Bear in mind that the tournament lasts longer than any free trial on offer by Sling TV. So you’ll have to pay at least $20 to watch the entirety of the tournament with the assistance of Sling TV. Also, note that last year Sling TV dropped the ball when the service was overwhelmed and froze during the livestream of the tournament’s semifinal games. Let’s hope those bugs are gone this year.

If you have a PlayStation gaming system, meanwhile, there’s another streaming TV option: PlayStation Vue. Previously, the service was available only in select markets, but as of Monday its streaming TV plans have gone nationwide, with packages ranging from $29.99 to $44.99 per month. The lowest-price option includes TBS, TNT, and truTV in the package, covering all the bases for basketball fans.

As with Sling TV, new PlayStation Vue subscribers can sign up for a free seven-day trial—thereby catching a good chunk of the tournament without spending a penny. The true strategists out there might consider doing free trials of each service back to back to maximize streaming viewing at no cost.

Read next: How to Avoid Paying for a Subscription After the Free Trial Ends

And not that we’d officially recommend this or anything, but all you need to stream all of the games with the NCAA March Madness app is a pay TV account log-in—and we’ve heard that some people are known to share passwords and account info in situations like this.