Why You Should NEVER Get Ice on an Airplane 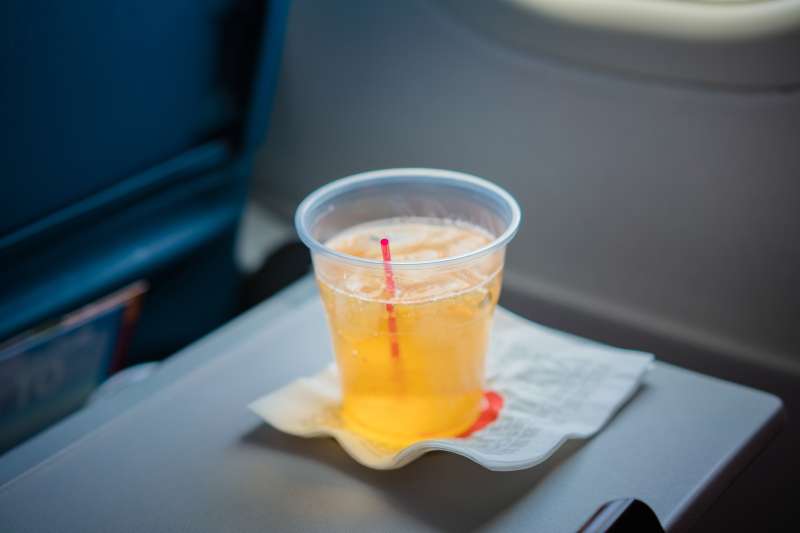 It’s Thanksgiving, which means that millions of people are taking to the skies in order to get home for an extravagant dinner. Given the stress of navigating both crowded, dilapidated airports (looking at you, Laguardia) and awkward conversations, it’s only natural to order a double of your favorite liquor on the rocks to destress and ease the transition into family time.

But according to those in the know, ordering that stiff drink with ice might be a recipe for the worst Thanksgiving ever. That’s because ice can be a storehouse of bacteria up in the skies, and it’s not always handled with care. Flight attendants say that the ice gets put in trays, which aren’t cleaned out all that often. And given that they rarely have a chance to wash their hands during the beverage service, those cubes aren’t exactly in sanitary shape by the time they reach your cup.

That’s because flight attendants are touching pretty much everything on the plane while in the process of dispensing ice. “Between ice scoops, I’ll probably touch a seat, a Coke can, my tablet to charge someone for a drink, their credit card, a tray table and the car,” said an unnamed flight attendant who got in touch with MarketWatch. “So basically my hand snatches up all those lovely germs and then goes back into the ice drawer to pick the scoop back up and do it all again.”

A food safety expert who spoke to CNBC of their aversion to airplane ice puts it a little more bluntly. “I do not use ice on a plane,” says Melvin Kramer of EHA Consulting Group. “I find the flight attendants almost wash their hands in the ice.”

And lest you think that a coffee with cream or skipping out on in-flight drinks entirely was a safer option, think again. Turns out everything from dairy to rice, to raw fruit to seafood (well duh) are better avoided if you want to guarantee you’ll arrive at your destination with a Thanksgiving-ready appetite.

Then again, planes are pretty much storehouses of bacteria and disease, so you may just be screwed no matter what you do. Safe travels!

This article originally appeared on ExtraCrispy.com.