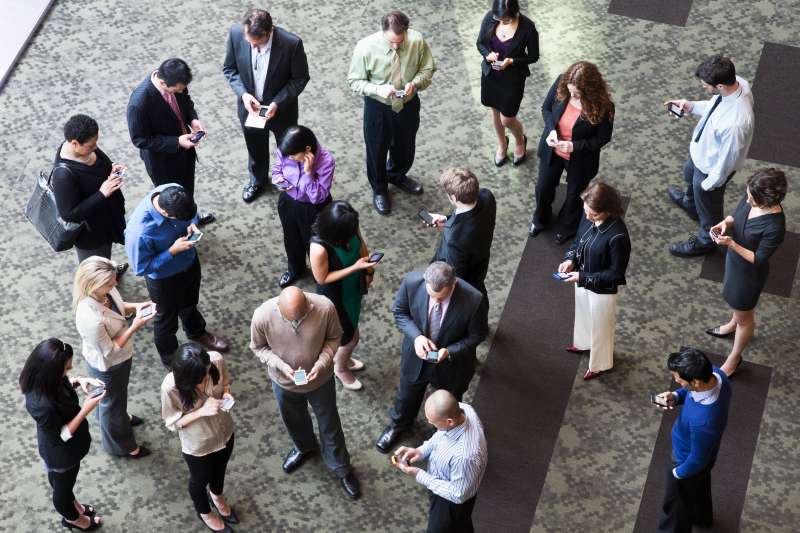 The best things in life may be free, but that doesn’t mean they won’t take time, sweat, and perseverance to acquire.

That’s especially the case when it comes to learning important life skills.

To ascertain which talents are worth the investment, one Quora reader posed the question: “What are the hardest and most useful skills to learn?”

We’ve highlighted our favorite takeaways, as well as a few other skills we thought were important.

“You can be the most disciplined, brilliant, and even wealthy individual in the world, but if you don’t care for or empathize with other people, then you are basically nothing but a sociopath,” writes Kamia Taylor.

Empathy, as business owner Jane Wurdwand explains, is a fundamental human ability that has too readily been forsworn by modern business.

“Empathy — the ability to feel what others feel — is what makes good sales and service people truly great. Empathy as in team spirit — esprit de corps — motivates people to try harder. Empathy drives employees to push beyond their own apathy, to go bigger, because they feel something bigger than just a paycheck,” she writes.

There are so many prescribed sleep hacks out there it’s often hard to keep track. But regardless of what you choose, establishing a ritual can help ensure you have restful nights.

Numerous studies show that being consistent with your sleep schedule makes it easier to fall asleep and wake up, and it helps promote better sleep in general.

Effective time management is one of the most highly valued skills by employers. While there is no one right way, it’s important to find a system that works for you and stick to it, Alina Grzegorzewska explains.

“The hardest thing to learn for me was how to plan,” she writes. “Not to execute what I have planned, but to make so epic a to-do list and to schedule it so thoroughly that I’m really capable of completing all the tasks on the scheduled date.”

“I once was told in a job interview, ‘You can’t have this job if you can’t ask for help when you need it,'” Louise Christy writes. “Naturally, I said I could. Later, I found out that the previous person with that job had screwed up big-time because he was in over his head but couldn’t admit it and didn’t ask for help.”

She explains that knowing when you need help and then asking for it is surprisingly difficult to learn and do because no one wants to be perceived as weak or incompetent.

But a recent study from the Harvard Business School suggests doing so makes you look more, not less, capable. According to the study authors, when you ask people for advice, you validate their intelligence or expertise, which makes you more likely to win them over.

“Ultimately it doesn’t matter what others think of you,” Shobhit Singhal writes, “but what you think of yourself certainly does, and it takes time to build that level of confidence and ability to believe in yourself when nobody else does.”

On the other side of positive self-talk is negative self-talk, which Betsy Myers, founding director of The Center for Women and Business at Bentley University, believes can slowly chip away at your confidence.

Whether you’re trying a new exercise routine, studying for the LSATs, or working on an important project, Khaleel Syed writes, consistency is vital to maintaining any kind of success.

People often stop working hard when they reach the top, he says, but to maintain that top position, they have to work harder and be more consistent in their work.

“It takes ages to learn and master this,” Aarushi Sharma writes.

Sticking your nose into other people’s work isn’t helpful and wastes time and resources, she says. “You have no right to put forth your two or four cents, even if you are the last righteous person standing.”

Along with shutting up comes listening, Richard Careaga says.

“Most of us in the workplace are so overwhelmed with things to do — instant messaging, phones ringing. I mean, our brain can only tolerate so much information before it snaps,” Nicole Lipkin, author of “What Keeps Leaders Up At Night,” previously told Business Insider.

One tip for active listening is repeating back what you heard to the other person. “It makes things so much easier when everyone is on the same page,” she said.

9. Knowing when to shut up — and actually doing it

“You can’t go around whining about every other thing that seems not-so-right to you in this world,” writes Roshna Nazir. “Sometimes you just need to shut up.”

There are many instances when keeping to yourself is the best course. “When we are angry, upset, agitated, or vexed,” Anwesha Jana writes, “we blurt out anything and everything that comes to our mind.” And later, you tend to regret it.

One of the easiest ways to lose trust, he says, is to gossip about people behind their back.

Widjaja says learning not to gossip was hard to do because it meant missing out on possibly important conversations, distancing himself from influential people, and awkwardly having to tell people, “Hey, sorry to interrupt but I really don’t need to know that, could we talk about something else?”

“But press on and you will get your priceless reward. Trust,” he writes.

11. Staying present in the moment

According to happiness researcher Matt Killingsworth, we tend not to be very good at staying present in the moment. He says that 47% of the time, people are thinking about something other than what they’re currently doing. And this is hurting our happiness, he says:

“People are less happy when they’re mind-wandering no matter what they’re doing. For example, people don’t really like commuting to work very much. It’s one of their least enjoyable activities, and yet they are substantially happier when they’re focused only on their commute than when their mind is going off to something else. It’s amazing.”

“The challenge is that we are the product of our past experience and all of our thinking is the result of this,” he says. “However, the past does not equal the future.”

This skill wont just open you up to new conversations and professional opportunities.

As native-Hungarian speaker and Metaphor English founder and CEO Balázs Csigi blogs, “Mastering English has been an incredible gift in my life. I received a new mindset, a new set of emotions, and a new way of thinking.” The same could be said of learning any new language.

Csigi says the key to learning another language is to master every bit of the culture, no easy feat, but surely a worthwhile pursuit.

Speaking up in public can be so hard for many of us to do. Even the American business magnate Warren Buffett said that he was once so terrified of speaking in public that he would throw up. “In fact, I arranged my life so that I never had to get up in front of anybody,” he told his biographer Alice Schroeder in “The Snowball: Warren Buffett and the Business of Life.”

“Some of it is just practice — just doing it and practicing,” Buffett said. “And it worked. That’s the most important degree I have.”

Being completely honest with others can be awkward, but just because you don’t have anything nice to say, that doesn’t mean you shouldn’t say it.

Facebook COO Sheryl Sandberg is a proponent for radical candor, which is feedback that lies at the intersection of caring about people personally and being willing to piss them off.

When practicing radical candor, use the acronym HHIPP to remember: Radical candor is humble, helpful, immediate, in person, and it doesn’t personalize.

Admitting when you’re wrong “is the toughest,” writes Vishal Katyal on Quora.

Even CEOs of major companies admit to making mistakes.

“The worst mistakes to me, though, is you don’t learn from your mistake,” Ginni Rometty, CEO of IBM, once told Forbes. “There is no greater sin than to not learn from it.”