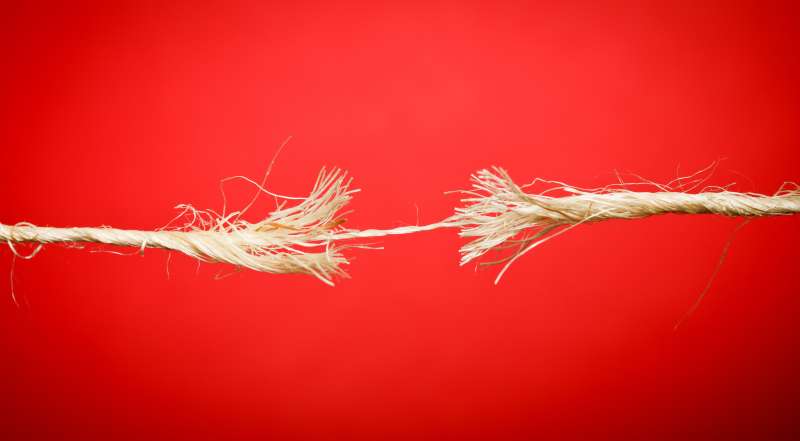 Money is the leading cause of arguments in married couples. Income disparity, when one person makes much more than the other, can be a surprising source of stress. If you’re one of these couples, be on the lookout for these four ways an income disparity could harm your relationship.

1. Holding on to Old Gender Roles

Women are more and more likely to have higher education and a higher paying salary than their significant other. However, in heterosexual relationships in which women are the “breadwinners,” the women are actually still doing more housework than men. That doesn’t sound like an equal partnership. That might also be why the divorce rate jumps 50% for couples in which the woman earns the higher income.

So much inequality comes from not being comfortable to speak up, and worse, tacitly defaulting to your parents’ roles. Having a deep and meaningful conversation about gender and money is important in a relationship — find each other’s biases and challenge them. Outdated and unreasonable gender expectations should not dictate what happens in your relationship.

For many, money equals power. So when one partner earns more than the other, the higher earner can easily become the de facto decision-maker on where to vacation, what to buy for dinner, the kind of house you live in, and what kind of hobbies you partake in. This is precisely the kind of power imbalance that leads to highly toxic relationships.

Resolve to discuss medium-to-major expenditures with your partner before making them. As long as you share your household, it’s always half theirs. It’s also key to encourage your partner’s goals. Aid them generously, in faith that s/he would do the same for you if the roles were reversed.

Earning less than your partner can make you feel as if you don’t matter, because one salary is floating most of the household. This can lead to resentment, or worse, a childlike attachment and dependency on the other to help you financially.

Just because your income accounts for a smaller percentage of the household finances doesn’t mean that your role in the relationship is smaller. This comes up a lot when one person decides to stay home to take care of the kids. But remember that contribution to the household is not measured by income.

4. Letting Money Determine Your Partner’s Worth

The easiest way to avoid fights is to assign financial contributions on a sliding proportion scale. Instead of letting your partner struggle to pay 50% of the utilities, find a shared budget that allows him or her to pay what they can afford. Or, agree on new terms — like one being in charge of all groceries and utilities, while the other pays the rent or mortgage.

Also, it’s time to ban the word “breadwinner.” Not only is it divisive, it assigns a “winner/loser” dynamic, which has no place in a loving domestic relationship. If you think less of your partner for doing the dishes, or if you think more of a partner for earning more material wealth, you have set yourself up for trouble.

It’s time to stop being combative about status. Feeling more or less important is only true if you believe it.

3 Simple Ways to Split Bills With Your Spouse

How to Have an Above-Average Life for Below-Average Prices

Getting by without a job, part 2–boost income