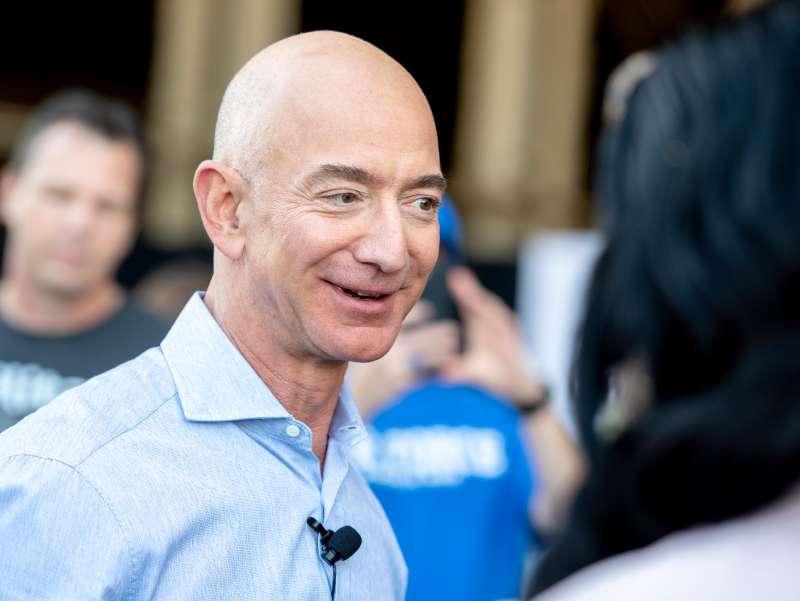 Jeff Bezos, founder and CEO of Amazon, speaks with employees after he made a surprise appearance during a Amazon Veterans Day celebration.
MediaNews Group/Orange County Re—Digital First Media via Getty Im

According to Jeff Bezos, the Amazon founder and CEO, this simple phrase is key to organizational efficiency.

In his 2016 letter to shareholders, Bezos cited the disagree-and-commit strategy as a way to stave off what he calls “Day 2.” Bezos constantly reminds his staff members that it’s still Day 1 for them, meaning they should never get complacent with their success. According to Bezos, Day 2 symbolizes stasis — and eventual death.

Day 1 companies make high-quality decisions quickly, Bezos said in the letter. That’s where disagreeing and committing comes in. He wrote:

This approach appears to trace back to Andy Grove, the Intel cofounder and former CEO who died in 2016. According to Grove’s biographer, the Harvard Business School professor Richard S. Tedlow, one component of Intel culture urged staff to “get as many ideas as you can — but once you do, come to a decision and create what Andy the engineer calls a strategy vector.”

As Business Insider’s Julie Bort reported, disagreeing and committing is used to help decide which new Amazon products to pursue, like Alexa and Echo. It’s part of a broader Amazon leadership principle called “have backbone”: Everyone working on a new product is obligated to share their opinion.

In the 2016 letter, Bezos shared an anecdote about disagreeing and committing: When he wasn’t convinced that a certain Amazon Studios original was worth it but his team was all for it, he told the team, “I disagree and commit and hope it becomes the most watched thing we’ve ever made.”