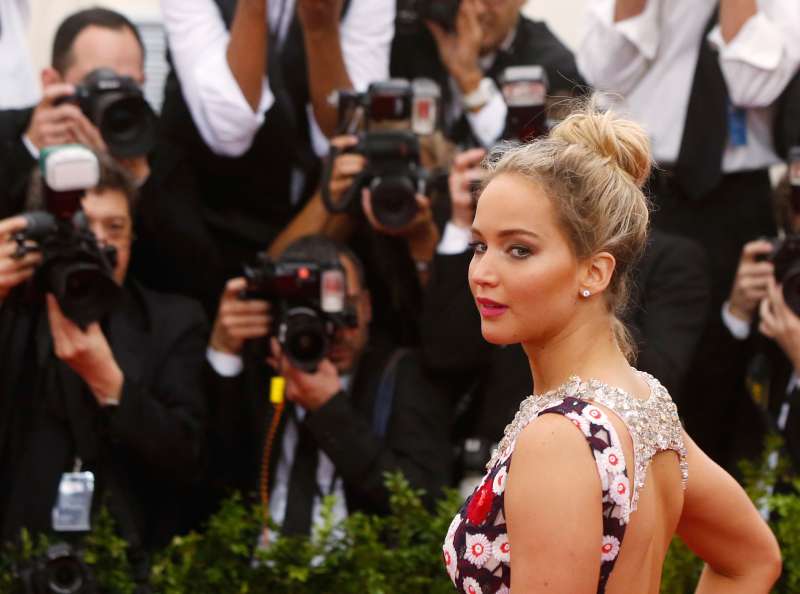 Actress Jennifer Lawrence arrives at the Metropolitan Museum of Art Costume Institute Gala 2015 celebrating the opening of "China: Through the Looking Glass," in Manhattan, New York May 4, 2015.
Lucas Jackson—Reuters

You’d think once an actress made it to the top of the Hollywood firmament, she wouldn’t need to worry about standing up for herself in salary negotiations. You’d be wrong. In an open letter published Tuesday in Lena Dunham’s digital newsletter, Lenny, Academy Award-winning actress Jennifer Lawrence detailed the frustration she felt when she learned, in the midst of last year’s Sony hack, that she was being paid less than her male costars.

Lawrence explained that she was angry with herself after learning about the pay discrepancy because she “failed as a negotiator.” Having made a (very) comfortable living as the lead in two huge movie franchises, she didn’t push for a higher salary because she didn’t need it. But beneath the surface-level justifications, Lawrence knew there was a more insidious reason she ducked out of salary discussions earlier than her male peers.

“I would be lying if I didn’t say there was an element of wanting to be liked that influenced my decision to close the deal without a real fight. I didn’t want to seem ‘difficult’ or ‘spoiled,’” Lawrence wrote.

The actress takes responsibility for not caring enough to stand up for herself in negotiations, a feeling many women can relate to. According to Women Don’t Ask: The High Cost of Avoiding Negotiation—and Positive Strategies for Change, by Linda Babcock and Sara Laschever, just 30% of women negotiate a salary offer, compared with 46% of men.

We’ve all heard the tired refrain: To close the wage gap, women need to be more aggressive and stand up for themselves. But if we’re constantly policing our own tones and attitudes so men remain comfortable, that hardly screams “equality.” So what can we do to actually combat the wage gap? Here are three strategies.

As MSNBC’s Mika Brzezinski told Fortune earlier this year, women need to stop “apologizing themselves into the room.”

“[Women] tend to worry about everyone being comfortable in the room, that has no place in a negotiation. They are supposed to feel uncomfortable and that is really unnatural for us,” Brzezinski said. “We want no bad feelings when we leave the room and we also want the money. That doesn’t compute.”

Read next: MSNBC’s Mika Brzezinski: What Women Do Wrong When Negotiating Their Salary

2. Know What You’re Worth

“Negotiating your salary is about knowing yourself, knowing your skills and talents, and knowing and believing in who you are and what you are worth. It is not about being difficult or spoiled – those characteristics should never be associated with negotiating one’s salary,” Nancy Mellard, the national leader of CBIZ Women’s Advantage, told Money via email.

Eileen McDonnell, CEO of Penn Mutual Life Insurance Company, seconded Mellard, saying that any person who believes in herself will be empowered to control her own destiny.

“Call me naïve, but when people brought gender to my attention, I didn’t buy into it,” McDonnell said. “I really bemoan the fact that business schools still lecture on pay differential. That teaches girls to expect to earn less, and boys to make it happen. The conversation should be about how recognizing the value of each other can help us all achieve success.”

One of Lawrence’s larger points was that her male costars— rightfully—negotiated for a salary they knew they were worth. “Jeremy Renner, Christian Bale, and Bradley Cooper all fought and succeeded in negotiating powerful deals for themselves,” she wrote. “If anything, I’m sure they were commended for being fierce and tactical, while I was busy worrying about coming across as a brat and not getting my fair share.”

“If I told you you could make an extra $5,000 by being uncomfortable for 20 minutes, would you do it?” asks Bridget Eastgaard, a startup consultant and personal finance blogger. “If you’re a good employee and you bring a lot of value to the business, they will always pay for you.”

Eastgaard says many women feel that to be aggressive and get their fair share, they need to “negotiate like a man” instead of being themselves. But “you don’t have to pound your fists on the table.” Instead, calmly tell your boss what you deserve and why.

“It’s not aggressive, it’s assertive,” she says. And who could fault you for that?

Read Next: 5 Ways Women Can Close the Pay Gap for Themselves