JetBlue Just Relaunched an Awesome Sale with Flights from $34 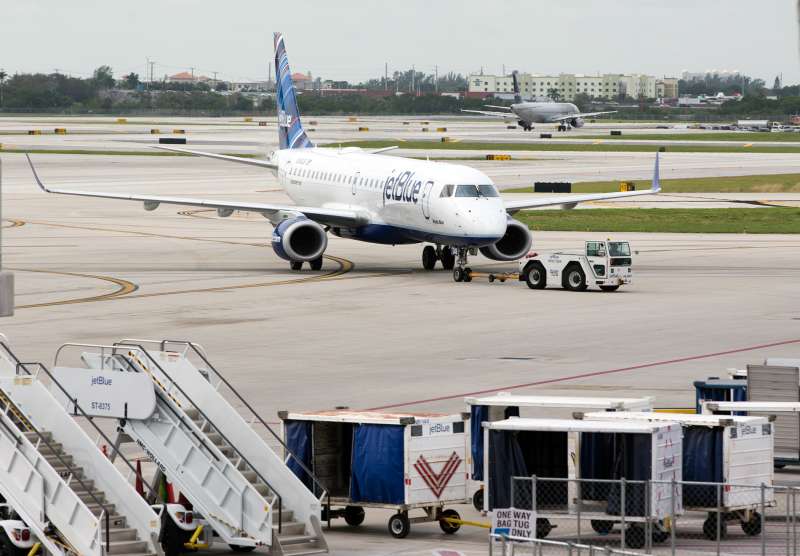 A week ago, JetBlue launched a “Big Winter Sale” with discounts on flights all over the country—many starting under $50 one way, and one route priced at only $34. The sale prices, which were in effect only for a couple of days, have just been brought back for a second iteration of the “Big Winter Sale,” valid for purchase Tuesday and Wednesday of this week.

Here are some examples of the deals:

This isn’t the full list of routes on sale, so check JetBlue’s site for all of the options. The best prices are available on flights departing Monday to Thursday and Saturday, from Jan. 20 to Feb. 11, and Tuesday and Wednesday only from February 16 to April 13. There are a few blackout dates as well, and availability is limited.

Before booking, be advised that sale prices similar to those we highlighted last week from JetBlue competitors Southwest, Spirit, and Frontier Airlines are still in effect this week as well. So it’s wise to shop around—or simply use an aggregator like Kayak.com, to see which airline has the best deals on your preferred routes. Take a moment to factor in the expected airline fees and the general unpleasantness of flying on Spirit or Frontier Airlines before booking as well.

Finally, take note of the possibility that airfares may be at the year’s rock-bottom cheapest levels right now. According to an analysis of pricing trends from Hopper, average domestic airfare will be $210 in January, before rising incrementally through winter, early spring, and summer, rising to an average of $254 in June. Overall, airfare will remain relatively inexpensive compared to last year, but prices generally won’t be cheaper than they are right now.