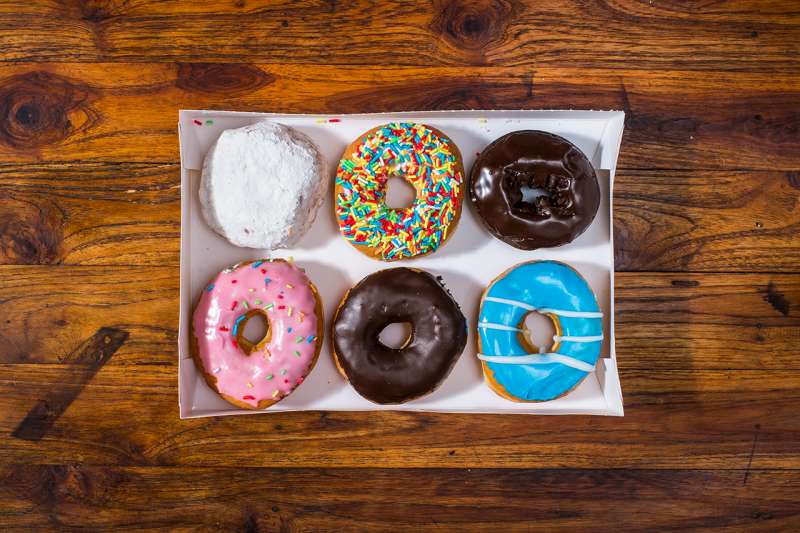 Applying for jobs is a real-life suck. You spend hours curating and crafting your beautiful and shiny resume, only to have the opportunity to retype it all at least one billion times as you apply to job after job online. You know the drill. And even after you submit your resume, there is no way to guarantee that anyone will actually see it at the end of the day.

That is, unless you have donuts.

Meet Lucas Yla, a Lithuanian marketing professional who moved to San Fransisco recently to pursue his dream of working for one of the area’s top advertising agencies or technology companies. And faced with the problem that so many of us deal with, the insecurity of not knowing if anyone is giving your resume a real chance, he decided to take matters into his own hands in a very creative way.

Yla posed as a Postmates courier delivering donuts to 40 different businesses for which he wanted to work, according to a report from AdWeek. With him, he brought each company a box of donuts with some very creative messaging and his resume attached — all addressed to the CEO, CMO, or marketing VP.

Read More: Even Just Thinking About Quitting Changes Everything

Apparently, donuts are a great way to make a first impression.

He also added that he received interviews at two of the agencies listed above, as well as 10 other interviews which are currently in motion. Not a bad conversion rate if you ask me. Yla’s approach may come across as a little desperate. However, his entire initiative was strategically planned out on his end, as he explains.

Read More: Should You Ever Ask to Be Laid Off?

“It was a precisely crafted idea that went through multiple iterations until it finally reached you. I did SWOT analysis by observing the competitive landscape, the main pain points of my target audience, and the message I wanted to deliver. Once I launched the campaign, I performed A/B tests on companies of different sizes, different target audiences and with variations on the copy. I used a special URL to measure the offline outcomes and act on them to maximize ROI of the campaign.”