5 Signs You'll Probably Get the Job 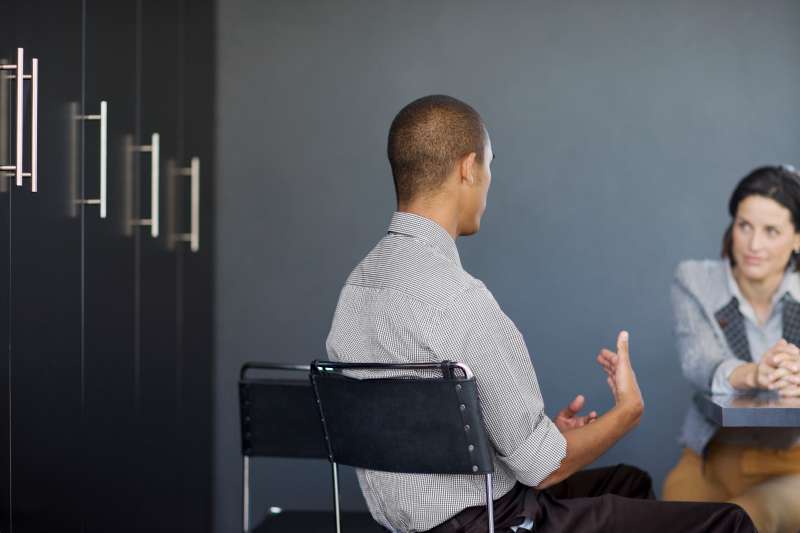 The job interview went well — or at least you think it did. You were cool and confident, answering questions with ease and projecting a friendly, professional demeanor. At this point, you’re pretty much guaranteed to get hired, right?

Not so fast. You might think the job interview went well, or you might think it was a bust, but unless you’re paying attention to how your interviewer behaved, you could be making all the wrong assumptions about your chances. Employers often give subtle clues as to how they feel about you during an interview. Sometimes, those indicators — such as an ultra-short interview or lack of follow-up questions — are a sign you’re not making the grade. Others, like positive body language and relaxed chitchat, suggest you’re making a positive impression.

Being able to read an interviewer can give you a lot of insight into your ultimate chances of getting a job, but it’s not foolproof. As with most other things in life, there are no guarantees when it comes to job searching. You could have wowed the interviewer, but budget cuts or other issues might cause a company to put a hold on hiring, or a more impressive candidate could have walked in the door right after you.

For those reasons, job searchers should temper their expectations, even when they receive positive feedback from interviewers, according to HR expert Alison Green.

“Even if the interviewer says, ‘You’re just what we’re looking for,’ or, ‘We’re so excited to have found you,’ or, ‘I can’t wait to have you start,’” you may not get the offer, she wrote on the blog Ask a Manager. “[T]hings change — better candidates appear, budgets get frozen, an internal candidate emerges, the position is restructured and you’re not longer the right fit for it, a different decision-maker likes someone else better, one of your references is wonky and makes them gun-shy, or all kinds of other possibilities.”

Nonetheless, some things employers say during job interviews can generally be taken as positive signs. If these five things happen, there’s a reasonable chance you’re going to get hired, or at least move on to the next step in the screening process.

Read: 4 Things to Tell Your Boss If You Want to Work from Home

At most companies, checking references is the final step in the hiring process. They’ve already decided they want to hire you, but they want to do their due diligence before making it official. If your interviewer ends your conversation with a request for references, it’s a good sign. But know that some employers might ask for references as a matter of course, so being invited to hand over email addresses for your former bosses isn’t a guarantee an offer is forthcoming.

“Generally a request for references is a good sign,” Lars Schmidt, founder of Amplify Talent, told HR Bartender. “Most organizations only ask if you’ve passed the initial interview vetting, and they view your candidacy positively. It’s not a guarantee of offer, but it’s an indication they’re feeling favorable enough about your potential to get more insight.”

When a 30-minute interview stretches to an hour, things are looking up for your job prospects. A longer interview can signal the employer is interested in getting to know you and learning more about your experience. On the other hand, a very short interview is often a red flag.

“Nine times out of ten, if the interview time was a lot less than the actual time allocated — you haven’t got the job,” according to a post recruiter Rebekah Shields wrote on LinkedIn. “They have made their mind up quickly and do not want to go into any more depth into the job or with you.”

3. You’re Introduced to the Team

When a one-on-one interview turns into a meet-and-greet with the rest of the office, you may already have a foot in the door. At this point, you’ve probably proved you have what it takes to do the job. Now, your interviewer wants to introduce you to potential co-workers so you can both make sure the position is a good culture and personality fit. But pay attention to the nature of the tour you’re given. A general spin around the office is more likely to be standard interviewing procedure, while introductions to key players may be a sign you’re seen as something special.

Read: 6 Ways to Make Sure You’re Paid What You’re Worth

“When hiring managers are keenly interested in you, they oftentimes want to get the opinions of others,” Lynn Taylor, a workplace expert and author of “Tame Your Terrible Office Tyrant,” told Business Insider. “That may include their peers, their bosses, and your peers.”

4. You’re Asked About Other Possibilities

If a company is really interested in hiring you, they want to make sure they’re not going to lose you to another employer. When your interviewer asks about whether you’re interviewing other places, what your timeline is for making a decision about your next career move or if you have an offer on the table, they’re trying to figure out how quickly they need to act before you get away.

“They’re getting an idea of how active you are in the interview process,” Devony Coley, senior consultant for recruiting firm WinterWyman, told Fast Company. “Are you starting your search? Testing the waters? Or do you have other solid opportunities? This question helps them know if they need to step up their hiring pace so they don’t lose you.”

5. The Timeline Is Specific

When an interviewer says “we still have a few more candidates to interview” or “we’ll be in touch soon,” it’s hard to know for certain where you stand. The employer is being vague or noncommittal, either for reasons of politeness or because they’d prefer to keep their options open. When someone gives you a firm date for when they hope to make a hiring decision, like “we’ll get back to you on Thursday,” that can be seen as a good sign.

Read: This Company Wants to Get Rid of Your Rent Check

“If an interviewer is interested in a candidate, they may even ask when you’d like to or need to have their decision by,” Bryan Brulotte, president of MaxSys Consulting & Staffing, wrote on LinkedIn. “They won’t let you leave without knowing what your timeline looks like.”

This article originally appeared on The Cheat Sheet.