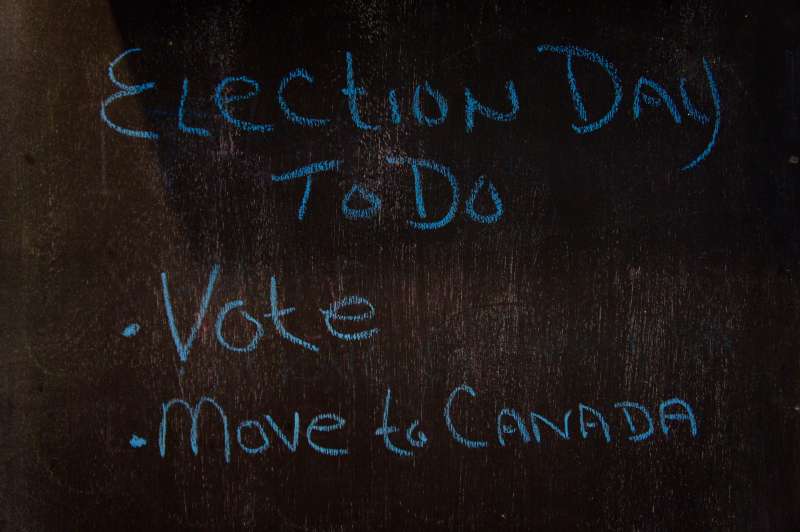 It seems like the 2016 election has everyone on edge. Though threatening to flee the country during an election year has become somewhat of a tradition in recent years, this particular election — between two wildly different candidates, Hillary Clinton and Donald Trump — has given those threats a tinge of seriousness. People are seriously thinking about moving to Canada if their candidate doesn’t win, and the numbers show that it may not be just hyperbole this time.

According to data from job search site Monster, the number of Americans looking for jobs in Canada has spiked 58% over last year. “Between January and October of this year, Monster saw 30,296 job searches using the keyword ‘Canada’ on Monster’s U.S. website, which is a jump from the 19,693 in all of 2015,” a Monster rep told The Cheat Sheet.

While these numbers are still relatively small, it does go to show that the 2016 election has people seriously considering some life-altering decisions in fear of the fallout.

Move to Canada? Mull it Over, First

Of course, talk is cheap. People threaten to move to Canada every election year, and very few ever actually follow through. But again, this election seems different, and if Monster’s numbers are any indication, there may actually be a bigger migration north of the border in coming years than we’ve seen before.

Keep in mind, however, that it may not be the best long-term move for most Americans.

As far as the data on searches goes, Monster’s team said the majority of Americans looking for jobs in Canada are looking in Ontario, with Toronto being the most often-searched destination. Edmonton, Calgary and Vancouver followed close behind. In terms of the types of jobs Americans are searching for, engineering jobs had the highest hits. That’s trailed by IT work and jobs in the financial industry.

But when it comes to where the opportunity lies, Monster’s team ran down the top five jobs with the most openings (per its data) in Canada. If you truly plan to make a run for the border after the dust settles, these will probably be the easiest jobs to get.

With 25,843 openings listed in Monster’s database, retail jobs present the most opportunity for American political refugees fleeing to Canada. These jobs can be challenging no matter where you’re living, as they’re commonly known to wear you down and often don’t pay extremely well.

All those retail workers need management and supervision, and there are plenty of opportunities for that in Canada. Per Monster’s data, there are 12,926 openings for retail managers and supervisors across Canada. You’ll still be in the retail sector, which may not be thrilling, but if you’re looking to build your management experience, this could be a good route.

Read: 5 Signs You Got the Job You Interviewed For

Sales is a hot field in Canada, at least according to the Monster numbers. There are 12,411 openings for sales and account representatives, which may be an attractive field for those who wish to remain in the sales game, but don’t want to go into the retail sector. These jobs typically pay more as well.

Finally, customer and information representatives, with 11,696 openings, fills out the list. Essentially, these jobs require workers help customers. That can include walking them through product choices or fixing any issues with their purchases. If this sounds like it’s more up your alley than straight-up sales, there are jobs to be had.