Searches for Jobs in Canada Spike After Trump Win 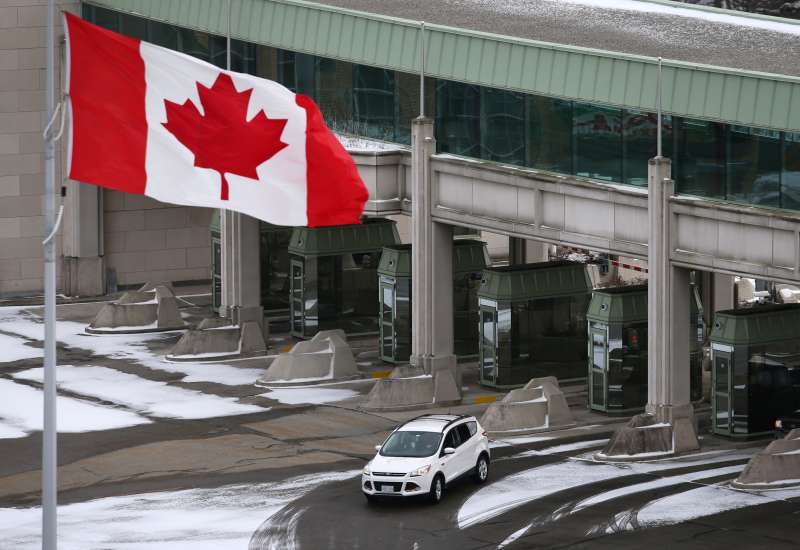 Americans weren’t just searching for how to move to abroad after news of Trump’s victory spread early Wednesday morning. They were also sussing out job prospects up north while they were at it.

How Markets Around the World Reacted to a Trump Victory

The Philippine Stock exchange fell to a 7-month low on Trump’s win. In this photo, a Filipino trader looks at the electronic board showing a downward trend during trading at the Philippine Stock Exchange at the financial district of Makati, south of Manila, Philippines, Wednesday, Nov. 9, 2016.
Aaron Favila—AP

Pedestrians look at an electronic stock board displaying the Nikkei Stock Average outside a securities firm in Tokyo on Nov. 9, 2016. The yen strengthened against the U.S. dollar, which will make it more difficult for Japan to fight off its ongoing inflation problem.
Tomohiro Ohsumi—Bloomberg via Getty Images

As news that Clinton lost major battleground states was confirmed, billions were wiped from Australian Securities Exchange, as it was described as "a sea of red."
David Gray—Reuters

One of Trump's biggest campaign promises has been to crack down on the Chinese government, who Trump says weakens the value of China's renminbi, giving it an unfair advantage in world trade. The Chinese currency rallied as the U.S. dollar's value fell following Trump's win.
Wang Zhao—AFP/Getty Images

Asian markets were up and running during the wee hours of the morning in the U.S., when Trump's gain on electoral college votes surpassed Clinton's. Hong Kong’s Hang Seng index fell to 2.6%.
Isaac Lawrence—AFP/Getty Images

Gulf State markets -- such as the Qatar Stock Exchange being monitored by a trader shown here -- fell after news of the Trump victory. These markets are heavily exposed to changes in the oil market, and Trump has promised to make America an even bigger fuel and oil producer.
Naseem—Reuters

A trader watches Trump on TV as Dubai’s stock market falls. The one upside for traders there? The U.S. doesn't do much trade with countries like Dubai, so Trump's protectionist trade policies may not impact them directly.
Ashraf Mohammad Mohammad Alam—Reuters

Traders on the floor at ETX Capital in London watched as Trump was elected. The UK markets suffered huge losses in June, after their own surprise Brexit referendum results sent stocks into a tailspin.
Chris Ratcliffe—Bloomberg via Getty Images

“Of course, it’s far too soon to guess how many of these searchers will make a move after the shock wears off,” said Jed Kolko, Indeed’s chief economist. “But the jump in searches shows how many Americans were surprised by Trump’s victory and are thinking about their options elsewhere.”

Read More: Fleeing the Election, People Are Looking for Homes in Canada

Canada isn’t the only destination to which dissatisfied voters are hoping to flee. New Zealand’s immigration website also reported a spike in searches for residency visas, both over the past month and on election night.

Before you land a job in Canada, however, here’s how you can make your move to Canada. And don’t forget about the financial rules that apply to American citizens living abroad — like the fact that you’ll still have to pay U.S. income tax.