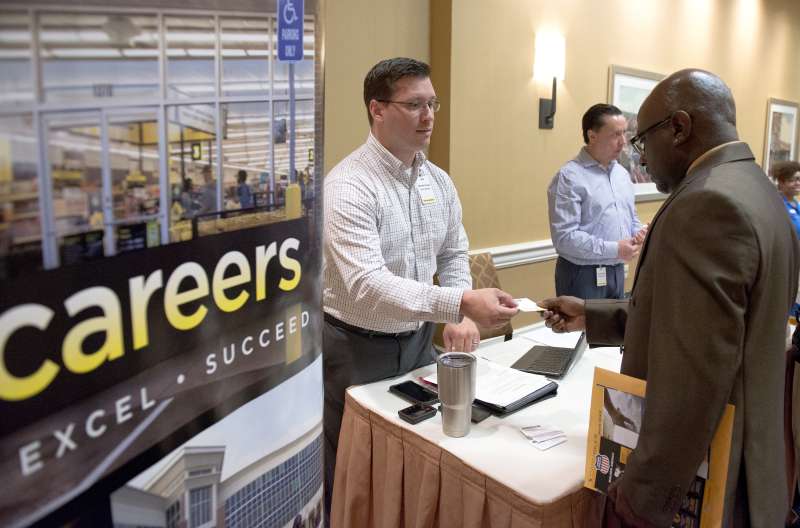 Despite the increases, the labor market remains healthy and will probably continue to support economic growth for the remainder of this year.

Initial claims for state unemployment benefits increased 3,000 to a seasonally adjusted 269,000 for the week ended July 30, the Labor Department said on Thursday. Economists had forecast initial claims slipping to 265,000 in the latest week.

“This level of unemployment claims points to continued very subdued layoff rates at the start of the third quarter,” said John Ryding, chief economist at RDQ Economics in New York.

Claims have now been below 300,000, a threshold associated with a strong labor market, for 74 consecutive weeks, the longest streak since 1973. With the labor market perceived to be either at or approaching full employment, there is probably limited scope for further declines in claims.

The dollar trimmed losses against the yen and the euro after the data. U.S. Treasuries held gains and U.S. stock futures were trading higher, in part boosted by a Bank of England interest rate cut.

Claims tend to be volatile around this time of the year when automobile manufacturers typically idle assembly lines for retooling. Some, however, keep production running, which can throw off the model the government uses to strip out seasonal fluctuations from the data.

Through the gyrations, the trend in claims has remained consistent with jobs market strength. The four-week moving average of claims, considered a better measure of labor market trends as it irons out week-to-week volatility, rose 3,750 to 260,250 last week.

The claims data has no impact on July’s employment report, scheduled to be released on Friday, as it falls outside the survey period. According to a Reuters survey of economists, nonfarm payrolls likely increased by a healthy 180,000 jobs in July after surging 287,000 the prior month. June’s jump in job gains was viewed as unsustainable given anemic economic growth.

Labor market strength is boosting consumer spending, which is expected to help the economy regain speed after growth braked to an average 1.0% annual rate in the last three quarters.

In separate report, global outplacement consultancy Challenger, Gray & Christmas said employers in the U.S. announced plans to shed 45,346 workers from their payrolls in July, a 19% increase from June.

Though it was the second straight monthly increase, layoffs were 57% lower than in July last year. Job cuts in the energy sector surged 796% to 17,725 last month.

“We did see a resurgence in energy-sector job cuts. This was somewhat unexpected in light of recent projections of increased oil prices and possible labor shortages in the industry,” said John Challenger, chief executive officer at Challenger, Gray & Christmas.

So far this year energy companies have announced 94,936 layoffs, up 37% from a year ago. The bulk of the job cuts have been blamed on lower oil prices, according to Challenger. There have also been large job cuts in the computer industry, with 9,875 layoffs announced in July.