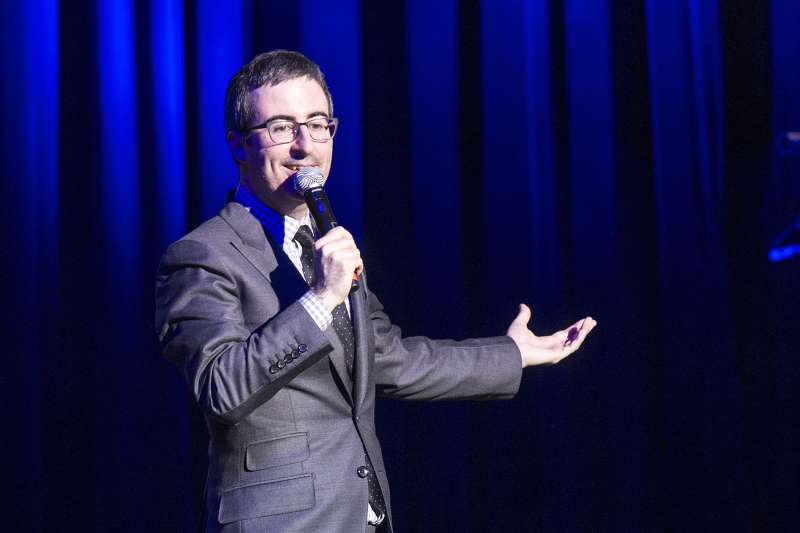 In response to a new ticketing policy from the New York Yankees he deemed elitist, “Last Week Tonight” host John Oliver on Sunday offered a pair of pricey game tickets at a steep discount. How steep? The discount amounts to 3,400% off face value, with ticket going to the winners of a Twitter photo contest that has exhibited fantastic and occasionally terrifying results.

Quick back story: earlier this year the Yankees announced they are eliminating a print-at-home option for tickets, making it more difficult for fans to resell tickets. In a February interview defending the move, the club’s COO Lonn Trost explained that the problem with the old policy is that one fan may who paid “a substantial amount of money for a ticket” could end up sitting next to another who picked up a ticket resold for cheap.

“And quite frankly,” Trost said, “the fan may be someone who has never sat in a premium location. So that’s a frustration for our existing fan base.”

John Oliver will have none of it.

“The New York Yankees will continue to find ways to look like the biggest elitist a**holes in all of sports,” the HBO host said Sunday. “The Yankees make sure nobody gets into their premium seating who doesn’t belong there. But, for the first three games of this season at least, there will be riffraff in those seats.”

Oliver made sure of that by buying seats right behind home plate and announcing a Twitter contest: tweet photos of yourself looking like someone who doesn’t belong sitting among the 1% with the hashtag #IHaveNeverSatInAPremiumLocation, and Oliver will select the best photos and sell pairs of the pricey tickets to the winners for just 25 cents.

The results are as hilarious and bizarre as the internet itself.

The official Yankees response came via team president Randy Levine, who said, “Everyone is welcome at Yankee Stadium. And I thank John Oliver for buying Yankees tickets,” according to the Wall Street Journal.