Money Makeover: Freelancers With a Toddler, No Plan, and No Cash to Spare 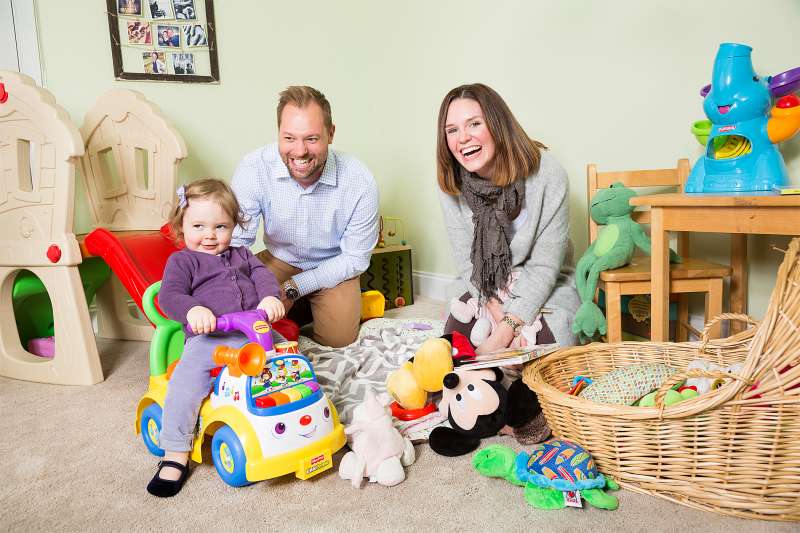 With 30-plus years to retirement, David and Ashlene Larson can afford to take more investing risk.
Peter Bohler

David and Ashlene Larson know how important it is to save for retirement. The problem is they don’t have much cash to spare, as they are new parents—daughter Rosalie is 18 months—who are both starting new businesses. David, 33, took his sideline ­video-production company full-time in June, and Ashlene, 32, left her job at a PR firm in July to freelance.

The Larsons have more stable income than many self-employed workers, with $9,000 coming in monthly from two regular clients and twice that in a good month. But after payments for a mortgage, day care, car lease, and $25,000 in student loans—and after plowing some profits back into David’s growing business—they can put only $200 a month in Ashlene’s Roth IRA and $100 in a 529 savings plan for Rosalie’s college. Total savings rate: 3%. “It’s nerve-racking,” David says.

Meanwhile, they don’t know what to do with the $27,500 they’ve saved for retirement. Nor do they have any idea how to deploy the pile of savings bonds—worth $42,000 and earning 1.49%—that David’s grandparents gave him as a kid. “Our investments are all over the place,” says Ashlene.

Matt Morehead of Greenspring Wealth Management in Towson, Md., says that the Larsons’ overall allocation for retirement—73% stocks, 27% fixed income—is a tad conservative for their ages. But worse, Ashlene inadvertently has $15,000 in an old 401(k) invested in a 2025 target-date fund that will move to 50% bonds in 10 years, hampering its growth potential. Another concern: They have no cash in the bank. “The Larsons are stuck in the ‘foundation phase’ because they have debt and not enough emer­gency funds,” says Morehead. “They need to take care of those issues before sinking money into retirement.”

Build in a shock absorber: Since they’re both self-employed, the Larsons should keep a reserve fund of at least nine months of expenses to prevent them from having to tap retirement funds if business slows, says Morehead. With basic costs of $6,000 a month, that’s $54,000.

David’s savings bonds are a good headstart, since these can be redeemed anytime without penalty—though taxes will drop their value to about $39,000. To make up the difference, the Larsons should redirect their $300 monthly retirement and college savings to a savings account. Plus, 40% of any monthly earnings over their base pay of $9,000 should go to the cash stash (another 35% to student loans, 25% to taxes).

Consolidate with the right target-date fund: David should open a Roth IRA for himself at a low-cost brokerage; Ashlene should move her accounts there too. Morehead suggests they go all in on Vanguard’s Target Retirement 2045 Fund time-stock symbol=VTIVX]. This bumps their stock stake to about 89% and gives them broad market exposure. Plus, the fund automatically rebalances until reaching a 50%/50% mix in 30 years. “This is a great way to invest for a young couple who don’t have time to monitor their portfolio,” Morehead says.

Beef up retirement savings: When their reserves are established, that 40% of additional income can go to their IRAs. Once they max out these regularly (each can put in $5,500 in 2015) or exceed the income limits ($193,000 modified AGI for couples filing jointly), Ashlene can open a SEP-IRA and David can start a 401(k). Only when they’re saving 15% of pay should they return to funding Rosalie’s 529. “You can always borrow for college,” says Morehead. “But you can’t borrow for retirement.”

Read more Money Makeovers:
Married 20-somethings with $135,000 in debt
4 kids, two jobs, and no time to plan
30 years old and already falling behind