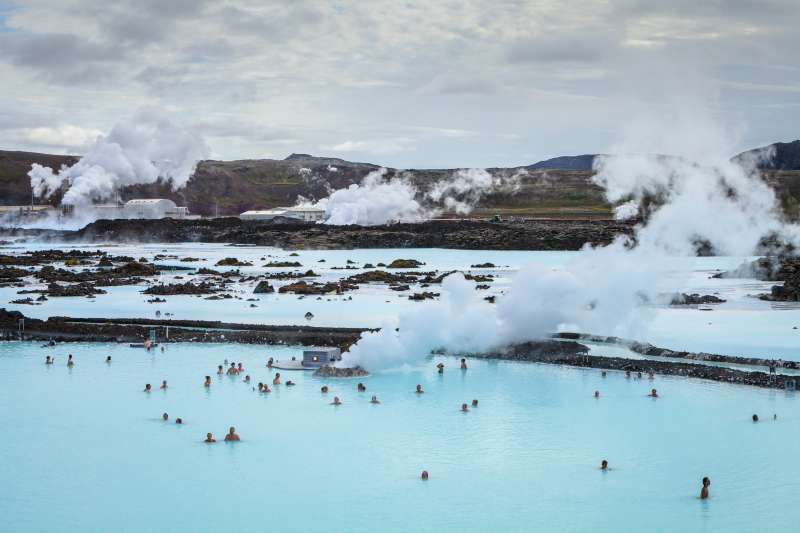 Summer travel season is upon us, but that doesn’t mean it’s too late to plan a great escape. In fact, the best travel deals are still available. Whether you’re interested in a bundle deal, a quick escape or something more long and luxurious, you can still grab a great vacation deal for less. Here are 10 last-minute summer vacation deals to consider.

This last-minute travel deal for summer caters to the solo traveler. You can book a seven-day Croatia cruise from Dubrovnik to Split, through Solo Trekker 4 U, a travel company based in Washington, D.C., that designs travel package deals for people traveling alone. The package is available now through October.

Ports of call include Slano, Mljet, Korcula, Vis and Bisevo/Hvar, said Elizabeth Avery, founder of Solo Trekker 4 U. The price includes port fees and visitor taxes, and there are no other arrival costs, except tips, she said. The deal also includes airport transfers, a deluxe cabin with a private bath, daily breakfast buffet, and guided walking tours of Dubrovnik, Hvar, Korčula and Split.

For those who want a last-minute Iceland adventure, you can get a great deal on airfare from WOW Air, starting at $149.99 each way in August, from Washington, D.C., or Boston airports. Iceland is a bucket-list destination, according to Lyn Mettler, blogger at GotoTravelGal.com.

Read More: 7 Ways to Travel Like a Millionaire — on a Budget

“Visiting Iceland in summer lets you enjoy the midnight sun, with sunshine into late in the evening, lush green landscapes and access to roads that are closed in winter due to weather conditions,” Mettler said. August is the country’s second warmest month, with average temperatures around 54 degrees, she added.

For a tropical island vacation, consider this deal to Hawaii that takes you to Oahu and Maui, offered through Tripmasters.com. In Oahu, you can ride the waves at Waikiki, and explore Maui, which has been voted “The Best Island” by Conde Nast for at least 20 years.

Robert Firpo-Cappiello, editor-in-chief of Budget Travel’s blog, recommended Tripmasters because it offers a “very-highly customizable itinerary” that’s also a considerable deal. For example, Tripmasters offers a sample price for six to nine or more nights with air, hotel and air taxes, based from San Diego, Calif., for an average of $977 per person. The arrival date is August 25. Of course, prices will vary depending on departure city and dates.

Total Price: from $49 per night

For those who dream of sandy beaches a little closer to home, Firpo-Cappiello recommended Myrtle Beach, S.C. It’s “one-stop shopping with beach, boardwalk, great restaurants, rides, golf and more,” he said. You can grab a taste of the south, visit The Carolina Opry and watch knights clash at Medieval Times.

Read More: 10 Insider Secrets to Get a Free Flight

Hotels and condos are offering plenty of deals during the summer months, according to VisitMyrtleBeach.com. For example, Hotel Blue is advertising an up to 35 percent discount this summer, valid through September 2. You can find $49 deals at the hotel in August and September — although there are a limited number of rooms at the advertised promotion rates. Taxes and fees are not included in the promotional price.

Total price: airfare and hotel bundle from $766 per person

If you’re looking for a travel deal this summer outside of the U.S., you might want to consider your neighbors to the north, said Barry Choi, a budget travel expert and owner of the website Money We Have. “Right now, the U.S. dollar is trading at $1.31 Canadian, which makes Canada a great value destination,” he said.

You can stay at the Chelsea Hotel in downtown Toronto, with airfare from JFK airport for $766, from June 19 to June 26, according to Expedia.com. The hotel has an adults’ indoor pool, as well as a family pool. Be sure to check out the city views from the CN Tower, sample beer in the historic Distillery District and stroll through the food market frequented by foodies, the St. Lawrence Market.

Visit the Big Apple this summer, and stay in midtown Manhattan near Broadway theaters and Madison Square Garden from $149 a night at the New Yorker Hotel. In addition to the price, there is a “book three, get one night free” deal, according to the hotel’s website. This an extraordinary deal not to be overlooked, said Firpo-Cappiello. The New Yorker offers deals on show tickets, too, he said.

The promotional rate with a night free is good through Dec. 31, 2016. There is a four-night minimum, with a maximum seven-night stay. The offer isn’t available for Saturday and Sunday arrivals.

7. Midweek Mindfulness Deal in the Desert

Total price: starting at $179 per night

Pamper yourself with a getaway to Palm Springs, Calif., this summer by booking a trip to the JW Marriott Desert Springs Resort and Spa. The package is available Sunday through Friday, and rates start at $179 — a big discount from the hotel’s average rate of $250 to $400 a night, said spa director Dawn Ferraro. You can book directly on the hotel’s website.

“Each day the package is booked, guests will receive two day passes to the Spa at Desert Springs, which includes access to the spa’s lavender-infused steam rooms, Turkish hammams, Jacuzzi and saltwater lap pool,” she said.

When you’re thinking of vacation deals this summer, consider adding South America to your list of possibilities — Cartagena, Colombia, to be exact. “Cartagena, Colombia, is really good for this time frame — cheaper towards August and September,” said Jennifer Ingram of Blue Grotto Travel, a travel agency in Forth Worth, Texas.

Located 410 miles from the capital city of Bogota, Cartagena is known for its beaches and water sports. Additionally, Bolivar Square and Santo Domingo Square are two popular public squares in the city to visit. You can book round-trip airfare and four nights at Hotel Caribe, starting at $996 per person in June, according to Expedia.com.

Visit the Windy City this Labor Day weekend before the summer vacation is over. GoSeek.com lists a member rate special at Hotel Felix for just $107 per night over the holiday weekend. Compared to the average price of $222, that’s a considerable deal, said Clem Bason, CEO of goSeek.com.

Read More: 9 Reasons Your Summer Vacation Costs More Than It Should

This 4-star hotel is in the heart of Chicago, and within walking distance to prominent sights, such as the Holy Name Cathedral and ArchiTech Gallery. It’s also convenient to Hancock Tower and Millennium Park.

Total price: from $24 per night

Stay at the Las Vegas Hard Rock hotel — which is known for its pool parties — at a very affordable hotel rate. “Sure, it’s summer and hot in the desert, but the Hard Rock is consistently ranked in the top 10 pools in Las Vegas,” said Bason. “And at $23 a night, it’s hard to resist.”

That pricing is a member deal on goSeek.com, for Aug. 21 to 23. Pricing does not include admission to the actual pool party, but you can buy tickets on the hotel’s Rehab Beach Club website. Women pay $20 and men pay $40 for the party on Sunday, Aug. 21, which kicks off at 11 a.m. When you’re done with the poolside scene, head out for some Vegas nightlife — including shows, clubs and gambling.