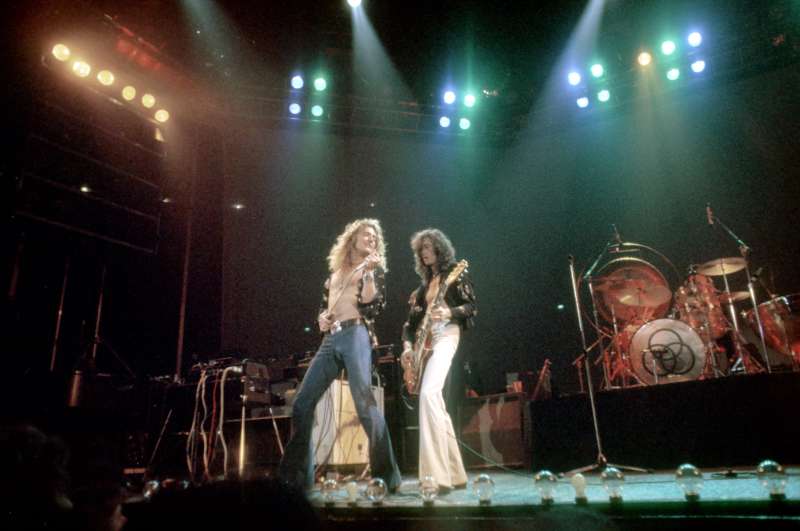 Led Zeppelin prevailed on Thursday in a copyright lawsuit brought against surviving members of the British rock band, as jurors rejected a claim that the opening guitar passage from its classic hit “Stairway to Heaven” was lifted from the lesser-known U.S. band Spirit.

The jury’s verdict, which found substantial differences between “Stairway to Heaven” and Spirit’s instrumental track “Taurus,” followed a weeklong federal court trial in Los Angeles that had called into question the originality of the 1971 song by Led Zeppelin, one of the top-selling rock acts of all time.

Legal experts said the unanimous verdict, reached on the jury’s second day of deliberations, could narrow the grounds on which future copyright infringement challenges are brought in the music industry.

The jury found Led Zeppelin singer Robert Plant and guitarist Jimmy Page had access to “Taurus,” a song written in 1967, but that the riff they were accused of stealing was not intrinsically similar to the opening chords of “Stairway.”

Page, 72, and Plant, 67, who testified and were present throughout the closely watched trial, showed little immediate reaction to the verdict in court.

“We are grateful for the jury’s conscientious service and pleased that it has ruled in our favor, putting to rest questions about the origins of ‘Stairway to Heaven’ and confirming what we have known for 45 years,” Page and Plant said in a joint statement.

Led Zeppelin bassist-keyboardist John Paul Jones also took the stand during the trial. Originally sued along with Page and Plant, he was later dismissed as a defendant. The band’s drummer, John Bonham, died in 1980, the year the group disbanded.

The conclusion of the “Stairway” case comes just over a year after a federal jury in Los Angeles found singers Robin Thicke and Pharrell Williams had plagiarized Motown great Marvin Gaye in creating their hit single “Blurred Lines.”

A jury awarded Gaye’s family $7.4 million, but a judge later reduced the amount to $5.3 million. That verdict is under appeal.

While the “Blurred Lines” case might have bolstered hopes of other artists suing for copyright infringement, Led Zeppelin’s victory may cause musicians and attorneys to think twice before heading to court, said music industry attorney William Hochberg.

“This decision created a sharper, clearer line in terms of what is protectable and what is not in music,” Hochberg said.

Page, who co-wrote “Stairway to Heaven” with Plant and composed the guitar riff in question, testified he had not heard “Taurus” until recent years.

He acknowledged owning a copy of Spirit’s self-titled album including “Taurus” but did not know how he had acquired it.

Michael Skidmore, trustee for the estate of the late Randy Wolfe, the Spirit guitarist and “Taurus” songwriter who was known as Randy California, sued in 2014 over the “Taurus” chord progression.

Led Zeppelin was the opening act for the now-defunct U.S. band on tour in the United States in 1968, the lawsuit said.

Skidmore’s attorney, Francis Malofiy, said after the ruling that his side was hamstrung by U.S. District Judge R. Gary Klausner’s order preventing jurors from listening to Spirit’s recording of “Taurus.”

Instead, jurors could only compare simple renditions of the sheet music for the two songs.

“We’re taking it one step at a time … but there’s obviously issues that can be appealed,” Malofiy said.