9 Tips for Planning an Affordable Vacation to Cuba 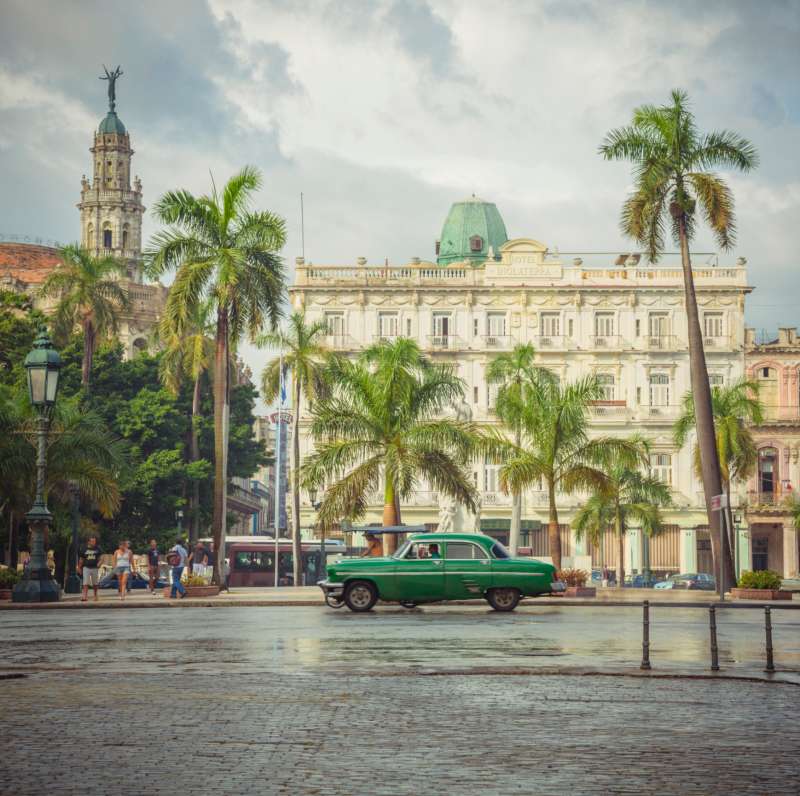 For the first time in more than 50 years, Americans are allowed to vacation in Cuba with few restrictions. Since the 1960s — when President John F. Kennedy instituted a full economic embargo in response to the country’s increased trade with the Soviet Union and higher taxes on U.S. imports — Americans have only been able to travel to Cuba through other countries and without the official approval of the U.S. government.

In December 2014, President Barack Obama lifted that embargo for Americans in certain categories. Currently, you can visit Cuba if you’re there to see family, conduct official business for the U.S., perform professional research or participate in humanitarian work, among other reasons.

Still, Americans visiting Cuba should expect to pay a premium for the privilege, said Collin Laverty, president of Cuba Educational Travel. Laverty estimates that an eventful week in Cuba will cost Americans $1,500 per person, including airfare, with endless options available for higher-cost Cuban vacations.

According to Laverty, planning ahead is the key to keeping costs down while vacationing in Cuba. Here are some tips for planning an affordable vacation to Cuba in the coming months.

“Because of political volatility and other factors, the pricing is a lot higher most of the time than you would imagine — like $450 or $475 for a 40-minute flight from Miami,” he said.

However, in February of this year, the U.S. Department of Transportation began the process of restoring commercial air service to Cuba and invited U.S. airlines to apply for routes. New flights could begin as early as this fall.

Recently, low-fare finder KAYAK began showing flight offers from the U.S. to Cuba. While most flights still have travelers flying through Mexico, Laverty says that prices should drop once more airlines enter the market. He went on to suggest that travelers play with the site’s parameters — elements like starting airports, ending locations and dates — until they see lower rates.

According to Laverty, travelers can expect lodging to be the most significant expense after airfare, particularly because Cuban hotel prices are listed per person rather than per room.

For decades, Cubans have been renting rooms in their houses (and sometimes their whole houses) to foreigners looking for hotel alternatives, Laverty said. However, the arrival of Airbnb in Cuba made finding lodging easier than ever. According to Fortune, more than 13,000 travelers stayed with Cuban Airbnb hosts last year, which was also the first year the San Francisco-based company offered its services in the country.

“People should think about doing this for all or part of their stay,” Laverty said. “You can stay in a nice room for $20 per night.”

There are several inexpensive ways to get around in the popular tourist areas of Cuba. Public buses, collective taxis (typically old American vehicles that travel set routes) and trains are all available to travelers.

However, each of these methods has its drawbacks. The trains are old and uncomfortable, public buses can be unreliable and crowded and collective taxis require travelers to have an understanding of complex routes. Additionally, car rentals, while easy, are expensive, Laverty said.

His solution for travelers — particularly those unfamiliar with Cuba — is to take private taxis everywhere, even between cities. According to LonelyPlanet.com, you can expect to pay around 1 Cuban convertible peso (CUC) to start and 1 CUC per kilmoeter in the cities.

According to Laverty, Cuba is a country of cash, but ATM access is limited. Tourists should therefore plan to bring plenty of cash and find a currency exchange or bank.

“Sometime soon, U.S. debit and credit cards will start to work in Cuba, but currently they don’t, and even once they do, few places take credit,” Laverty said. “It’s really just cash, and ATMs aren’t the most reliable, so it makes sense to bring a lot of cash with you.”

Cuba uses two kinds of currency: the Cuban peso (also called moneda nacional, abbreviated MN) and the Cuban convertible peso (CUC). The CUC can be converted to U.S. currency with a 1:1 average exchange rate. Travelers should note that there is a 10 percent penalty for changing dollars in Cuba, along with a 3 percent financial transaction charge in some cases.

5. Prepare for Travel Fees at the Airport

Although visiting Cuba from the U.S. is now legal, the fees involved are significant. For example, Cuba requires each traveler to have a Tourist Card. Travel agencies, tour operators and airlines should provide these cards, but travelers who arrive in Cuba without them will have to purchase them at the airport for about $20 each. Cuba used to require a separate $25 cash fee for travelers to exit the country, but that charge has been incorporated into the price of flights or vacation packages.

Additionally, travelers are required to present proof of travel insurance, which includes a medical care benefit. Those without proof of usable medical insurance are required to purchase it at the airport from a company called Asistur, and this insurance can cost hundreds of dollars depending on the age and gender of the insured.

Read More: Here’s How Much It’ll Cost You to Travel to Cuba

A nonimmigrant visa, which should be procured before visiting Cuba, will cost you an additional $160 to $270 per person.

Planning for these costs now helps ensure there are no surprises down the line.

Christopher Baker, a travel writer and photographer who leads tours of Cuba for MotoDiscovery and National Geographic Expeditions, wrote on LaHabana.com that tipping in the country is a topic about which people feel passionate. While some travelers feel burdened to give money at every turn, others worry they aren’t tipping enough.

Baker suggests that tourists leave a 10 percent tip in restaurants (unless a service charge was already added to the bill); about 20 CUC for staff at all-inclusive resorts; between 25 cents and 1 CUC each time you park a car; about 25 cents at every public toilet; and 2 CUCs per person per day for a tour guide.

Keep small bills and change on you at all times; otherwise, you could end up tipping more than you intended.

7. Be Your Own Tour Guide

Skip the guide and save money by creating a tour that reflects your unique interests, while honoring the requirements of U.S. travel laws.

Since the Obama administration changed the rules for Cuban travel, Americans have more options when it comes to visiting the country legally. Before you sign up for an expensive tour, look at the guidelines and see if your visit falls into one of the 12 approved travel categories outlined by the White House.

For example, according to Laverty, it’s legal for American musicians to visit Cuba under the “professional research” category, as long as they spend time in jazz clubs, attend a music conference and meet with other musicians.

“Just have the purpose of your trip be your specialty and spend most of your time on that,” Laverty said.

Scheduling several activities a day that include engaging with Cuban people will also get you into the country legally under the “person-to-person” category.

Said Laverty, “Just look at the rules and be really creative in your thinking.”

If you’re trying to keep costs low on your Cuban vacation, you don’t want to spend a lot on pricey entertainment, Laverty said. That’s where apps like Ke Hay Pa’ Hoy — which advertises low-cost and free events, concerts and theater — come in handy.

AlaMesa is another useful app, offering information on restaurants and reservations. Additionally, travelers should download Havana Good Times (available in the Canadian iTunes store) for entertainment tips, Galileo Offline Maps for directions and Jibbigo for English-to-Spanish translations. The trick is to download all the travel apps you might need before you actually get to Cuba.

Read More: 9 Best Travel Apps to Download Before Your Trip

“You probably won’t have internet while you’re in Cuba for most of the time, but a lot of these apps work offline, so you can download them before you go,” Laverty said.

9. Research Before You Travel

Wherever your Cuban adventure takes you, do your homework before you go.

“Cuba is a tough country to navigate, so you’ll save money and time if you plan ahead,” Laverty said. “Get a sense for how much it costs to go to a nightclub, or how much a meal costs or how much a taxi costs. It’s pretty cheap once you get there, if you know where to go.”

Because you won’t be able to use your smartphone once you’re there, preparation is key.

“It can get really expensive if you don’t have a plan, and you just wander aimlessly,” he said.