The True Story of My $624 Mortgage Payment 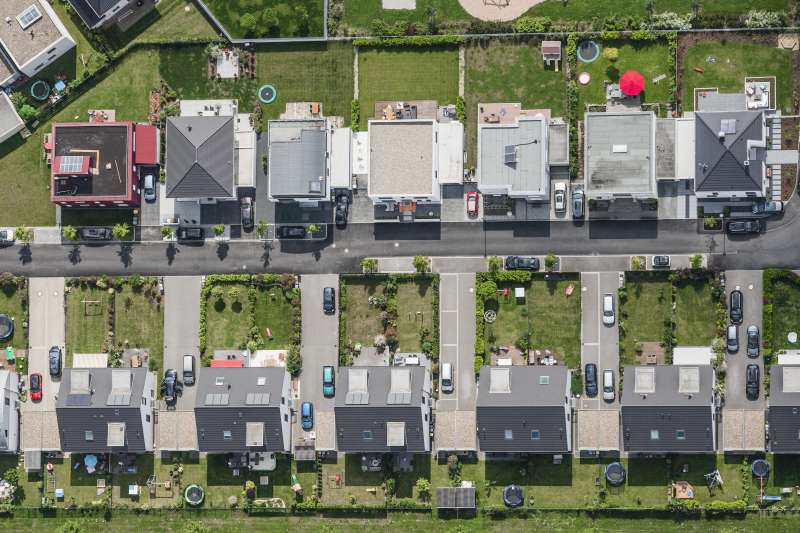 My older sister leans over, touches my knee with her own and asks, “Why’d you shoot so low?”

We’re sitting on stools at the breakfast bar in her kitchen — a separate seating area that is not the dining room table, the kitchen table, or the actual full bar, replete with a selection of tap beers, in the basement. Her partner is away on a business trip and her two daughters are asleep in their brightly painted bedrooms upstairs. It’s a rare girls’ night for us, and rare for her house to be this quiet. We’ve cracked into a second bottle of wine. The moment for confidential talk is here.

And I know what she’s getting at before she’s finished getting at it. There’s a reason we’re not drinking and confiding at my house. Compared with Amy’s, as well as by the standards of our small city with its oil slick of suburbs — forty miles of cul-de-sacs lined with massive Colonials and newly built “Craftsmen” — my house is a closet. Just a bit over 1,500 square feet.

“I kind of think you went overboard,” she says.

“More like under-board,” I counter, feeling defensive and a bit ashamed too, because both of these things are automatic when my sister questions a choice I’ve made, the chagrin rising like vapor from my subconscious. At the same time, I’m tremendously relieved, all over again. My house isn’t big enough to be any kind of burden.

When my husband and I got the house — our first — last March, we surprised all our friends and family, not just my sister, by spending much less than we might have. It cost less than a full year of our combined gross salary.

We didn’t do this because we lacked a sizable down payment, or because we were unfamiliar with the conventional wisdom about how much to spend, which ranges between three and four times one’s gross income. My day job is related to finance; I like to think I know the score.

Our mortgage broker and our loan officer were shocked, too. Not only did we spend less than a third of the amount they’d pre-approved us for, we put 40% down rather than the usual 20%. At our signing, the loan officer laughed as she admitted that our mortgage payment — $624 a month, including taxes and homeowner’s insurance — was probably the lowest she’d ever seen.

You might get the idea from all this numbers talk that our decision was solely a financial one, or that we bought a house that needed extensive rehabbing to be made livable, or one situated in a neighborhood where sirens blare all night. That’s not the case, either.

Our house was a foreclosure picked up and flipped by a couple of local guys. They put in new windows, new hardwood floors and redid the walls, the kitchen and bathrooms. It’s set in a modest, diverse ‘80s suburb with what I understand are perfectly fine schools. Within about a mile of my front door are a coffee shop, a grocery store, a dive bar and a gym with daily yoga classes. Gentrification doesn’t really come into it. The neighborhood was born this way.

Though our place is 40% smaller than the average American home, my husband and I don’t need more space. We don’t have children yet, but there’d be room for them if we did. The house has three bedrooms (a master and two smaller ones, which we use as an office and a video game room) and two and a half bathrooms, plus a dining room, eat-in kitchen and a living room.

As it is, that’s almost too much for just us. And hell, my friends in Manhattan and San Francisco would find 1,500 square feet absolutely luxurious. They all live in small spaces, called apartments. “This is huge,” said my friend Becca, down for the weekend from New York — the only visitor to say so.

Which is why, if you ask me, the question is not: Why did we buy so much less than we could have? Instead: Why is buying only what you need a weird thing to do?

Maybe I sound self-righteous (well, who wants to be thought as someone who shoots low?). But that’s always the danger when you set about explaining why you’ve done anything. In this recurring dream I have, I enter a bookstore and find the title, “How to Justify Your Every Life Choice, Sincerely, Without Sounding Like an A***h***,” on the table nearest the door.

In some of the dreams, I’m the author, a kind of double wish fulfillment in which I’ve solved a constant problem of my own and that of plenty of other people, too. Let me emphatically deny that I think I’m better than anyone. I make mistakes all the time, so much so I have to concentrate my energy on avoiding the big ones, which includes presuming other people can or should make the same choices I have; the constant small ones I just have to let go, or try to.

Likewise, any environmentalist rationalization I might put forward would be half-baked and after the fact. After several years living abroad, it feels genuinely sinful to me to heat and cool thousands of square feet I’m not occupying at that moment. Equally, I’m lazy, and don’t want to spend time wiping down the counters of my status symbol when I could be mindlessly browsing the Internet.

I will admit to being a little mystified myself, however. We’re just a few years past one of the worst housing crises the U.S. has ever seen. Still, the message about spending less than you earn, forgoing the Real Housewives-style faux-Tuscan effect and idle square footage in favor of greater flexibility and security, doesn’t seem to have penetrated. The bloggers like Mr. Money Mustache who counsel seeking financial independence, and the folks who build and occupy actual tiny houses, remain more entertaining lunatic fringe than mainstream. (Tim Kreider: “We learn nothing.”)

None of this makes it easy to answer my sister. She’s not financially irresponsible, nor a real-estate snob; more an extrovert, generous and big-hearted. The truth is, I like her house, and I benefit from her owning it. As my parents look to downsize, Amy stands ready to host all the Thanksgiving dinners and Christmas morning gatherings. God knows she’s got the space. A few months ago, an entire party bus, 30 strong with screeching revelers from a friend’s wedding reception, emptied onto her curb. Nearly everyone found a barstool and later a bed, or at least a couch. Including me. At my house, the luckiest/strongest would have been sleeping in the bathtub.

“We want to pay off our house early and retire early, too. Maybe as early as 40,” I tell her. “Travel more, write more, have more time.”

“Why don’t you just do something you want to do with your life — right now?” She asks, not unreasonably.