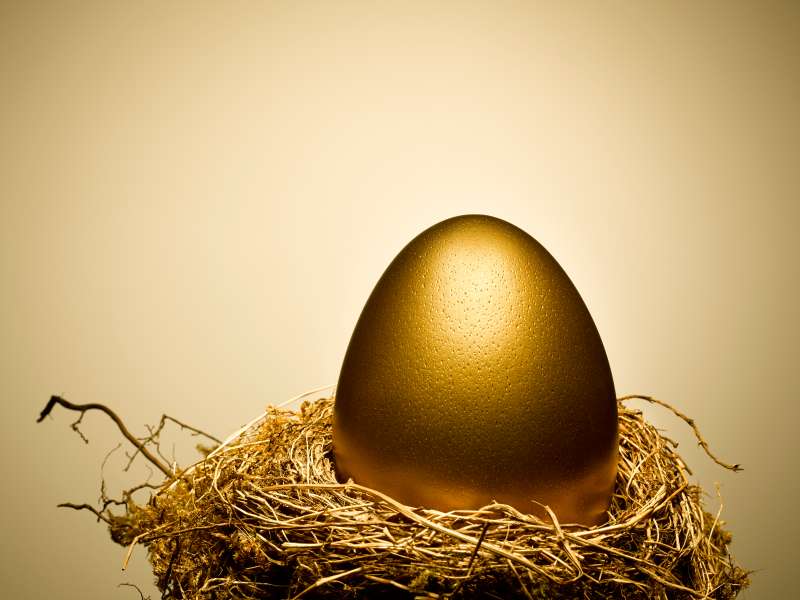 A recent Fidelity report showed that boosting the amount you save each year even by small increments—say, 1% of pay—can translate into thousands of extra dollars a year in retirement income. But guess what? You can get an even bigger bang for your savings buck—and generate more post-career income—if you also reduce the amount you shell out in investing fees at the same time.

Clearly, saving more is the single most effective way to increase the eventual size of your nest egg and achieve a more secure retirement. But reining in investing costs can significantly leverage your savings effort. Which makes sense when you think about it After all, cutting investment fees is essentially another form of saving. You’re effectively boosting the size of your nest egg by holding onto money that otherwise would have gone into the pocket of an investment manager.

So how much can a double-barreled effort of saving more and lowering investment costs during your career improve your prospects in retirement? Here’s an example.

Let’s say you’re 25, earn $40,000 a year, receive 2% annual raises and you save 10% of salary each year. If you stick to that savings rate until age 67 (Social Security’s full retirement age for anyone born 1960 or later) and your savings earn an annual return of 6% after yearly investment expenses of 1%, you would end up with a nest egg of roughly $950,000. Assuming you withdraw 4% of that amount the first year of retirement and subsequently increase it for inflation each year, that would translate to an inflation-adjusted income of about $38,000 a year (not including Social Security).

Read More: Why You Should Not Invest Your Nest Egg Like Warren Buffett Recommends

But look what happens if you bolster your savings effort even modestly over time, say, upping that initial 10% by one percentage point every five years throughout your career so that you’re saving 11% at age 30, 12% at 35, 13% at 40, etc. eventually maxing out at 18% of pay by the time you retire. If you adhere to that schedule, you’ll end up with a nest egg of roughly $1.2 million and annual inflation-adjusted income of $48,000, or 26% more than had you continued saving just 10%.

That’s not bad for a savings regimen that, while definitely more challenging than a steady 10%, isn’t exactly draconian. But you may be able to do even better without having to throw in an extra cent of savings from income by homing in on low-cost investments.

Read More: How To Tell If You Can Afford To Retire Early

For example, if at the same time you’re ramping up your savings rate you’re able to reduce your annual investment costs from 1% of assets a year to 0.5%, the combination of more savings, lower investing fees and higher return could boost the eventual value of your nest egg at retirement to roughly $1.35 million and your annual retirement income to $54,000, almost 13% more than the what you would have by increasing your savings rate alone. And if you can slash investing fees to 0.25% a year—ambitious, yes, but not out of the question given that some index funds and ETFs charge less than 0.10% of assets these days—you could be looking at a nest egg of more than $1.4 million and annual retirement income of roughly $57,000.

In short, the combination of boosting your pay 1% every five years and reducing investing fees from 1% to 0.25% could translate, in this case at least, to an extra $19,000 of annual inflation-adjusted retirement income each year.

I’m not suggesting everyone can duplicate this scenario exactly. Obviously, the eventual size of your nest egg and the amount of income it generates can vary greatly depending on the size returns the financial markets deliver; how early in your career you start pumping up your savings rate and by how much; and the extent to which you’re able to downsize investment fees. (If you’re already investing mostly in low-cost index funds, for example, you may not have much more opportunity to cut costs.)

There’s also no guarantee that every percentage point you reduce investment fees will raise your return by the same amount, although Morningstar research on the relationship between fees and performance shows that low-cost funds typically do outperform their high-cost counterparts.

But the basic principle is sound—namely, saving more, even in small amounts, can substantially increase the size of your nest egg as well as the retirement income it generates, and whittling down investment costs while you’re doing so can magnify the effect. (By the way, the benefit of lower fees also extends after you retire, as lower annual costs allow you to draw more income from a given level of savings. To see just how much, you can check out the American Institute for Economic Research’s retirement withdrawal calculator.)

So the next time you’re doing a retirement check-up or just looking for ways to improve your retirement prospects, consider whether you can push yourself to save more (and, ideally, get to a 15%-or-better rate as soon as you can). And while you’re at it, review your retirement investment accounts with an eye toward trimming costs. When it comes time to start converting your retirement savings into spending cash, you’ll be glad you did.

Walter Updegrave is the editor of RealDealRetirement. If you have a question on retirement or investing that you would like Walter to answer online, send it to him at walter@realdealretirement.com. You can tweet Walter at @RealDealRetire.