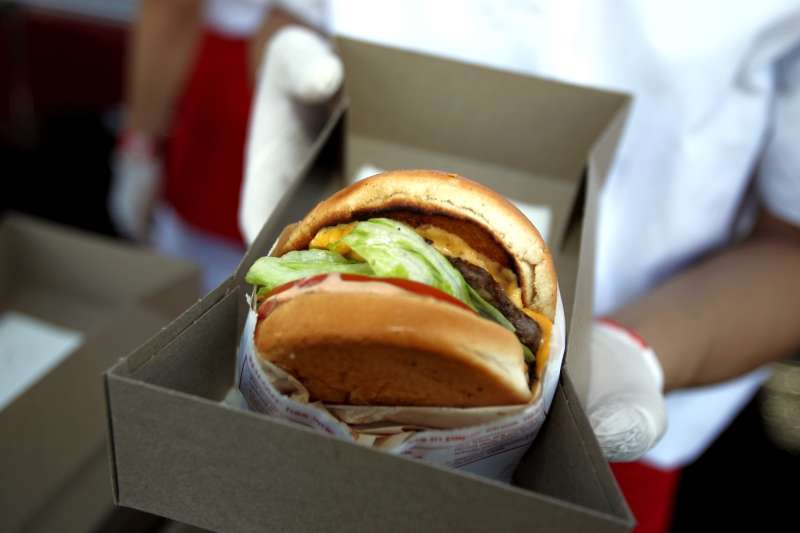 An executive at a New York City-based luxury concierge service says the business once fulfilled a last-minute request to fly In-N-Out burgers from the West Coast to New York in a private jet.

“It was just their food traveling,” Skie Ocasio, the vice president of operations at Luxury Attaché, told Business Insider. “This was a couple of years ago, but it was a request that our team was like, ‘How are we going do to this?’ and ‘Shouldn’t we just fly them commercially?'”

But after looking at the options, the team at Luxury Attaché decided that flying the burgers on a private jet was, in fact, the best thing to do — and the team pulled it off.

Wealthy New Yorkers are certainly willing to pay to make their lives easier, as evidenced by those who pay “dog nannies” up to $130 to take their dogs on hikes that include door-to-door service and groups tailored to each dog’s personality. And some rich Manhattanites pay up to $800 a day for a nurse to teach their newborns to sleep through the night.

Ocasio, however, says the company doesn’t specialize in such extreme requests as the In-N-Out private-jet delivery.

“While a lot of our competitors out there are talking about 24/7 concierge, accessing the inaccessible, giving you everything you want, you know, ‘the answer’s always yes,’ I found that Luxury Attaché really set themselves up with offering what we could deliver,” he said.

“We’re not working around the clock,” Ocasio said. “We’re not guaranteeing that at 2 o’clock in the morning, if you call us, we’re going to answer the phone and get you into a club.”

Instead, he says the company succeeds by managing expectations and developing authentic relationships with its business contacts so it can offer exclusive, vetted recommendations to its clients.

“We’re getting people into restaurants because we know the owners,” he said. “We know the people who we can reach out to during business hours to get the access. And I pride myself in the service because it is attainable, it is reachable, and it is something that we can deliver on.”