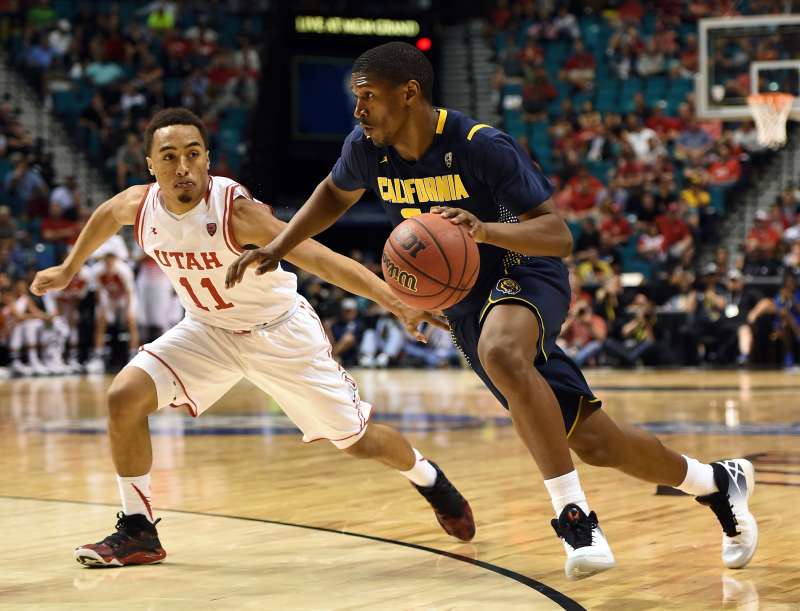 Jordan Mathews, #24 of the California Golden Bears, drives against Brandon Taylor, #11 of the Utah Utes, during a semifinal game of the Pac-12 Basketball Tournament in March.
Ethan Miller—Getty Images

There are many ways to pick a March Madness bracket.

But here at Money, we rank colleges by analyzing their educational outcomes, affordability, and career outcomes. And if the NCAA men’s tournament comes down to which college provides the best value for your money, the Golden Bears of the University of California-Berkeley will be cutting down the net on April 4.

Thanks to a solid performance by the University of Michigan in a play-in game Wednesday, our Final Four is showdown among some of the country’s most elite public universities. UC Berkeley (9th in our rankings, and a respectable 4th seed in the tournament) will beat out the Texas A&M (20th), while the University of Virginia (17th) bests Michigan (18th).

Berkeley comes out on top for several reasons. The 91% six-year graduation rate puts the college above most every other public college in the country and on par with many small private colleges. Graduates leave school with an average debt of $7,300, and they go on to earn an average $58,300 within five years, both far better than the average.

That’s not to say it was a runaway victory, though. There’s little overall difference in the quality of colleges ranked within a few spots of each other. And our bracket actually had quite a few nail-biters. Yale and Duke are tied at 21 in our ranking, and they face off in the second round. We gave the edge to Duke, where graduates earn an average $59,200 five years after school, about $4,000 more than graduates of similar colleges. There was also a tie between 109th-ranked Gonzaga and Michigan State in the Elite Eight. The Spartans advanced, thanks to what we call the “value-added graduation rate.” While Michigan State’s six-year graduation rate is a few percentage points lower than Gonzaga’s, it is 11 percentage points higher than expected based on the students MSU enrolls.

Here’s our call for upsets: Higher-seeded teams including Kentucky (437), Baylor (556), and Miami (399) won’t survive the first round of play. Perhaps most shocking will be when 16th-seed Holy Cross (89) advances past the University of Oregon (389), the West region’s top-seeded team. (This would be a history-making upset in the actual tournament. A 16th seed team has never toppled a first-seed.)

One of Money’s overaching goals is to help our readers spend their money wisely. So before you’re tempted to make any last minute changes to your picks for your office pool based on our reasoning, we feel obligated to warn you that our pick to win last year, Harvard, was knocked out in the 2nd round.

We still stand by our bracketology, though. We’re choosing our winners based on whose students are most likely to come out ahead in their careers and financial life—not their basketball team’s bragging rights.

Want to see how your school would perform? See Money’s full rankings here.