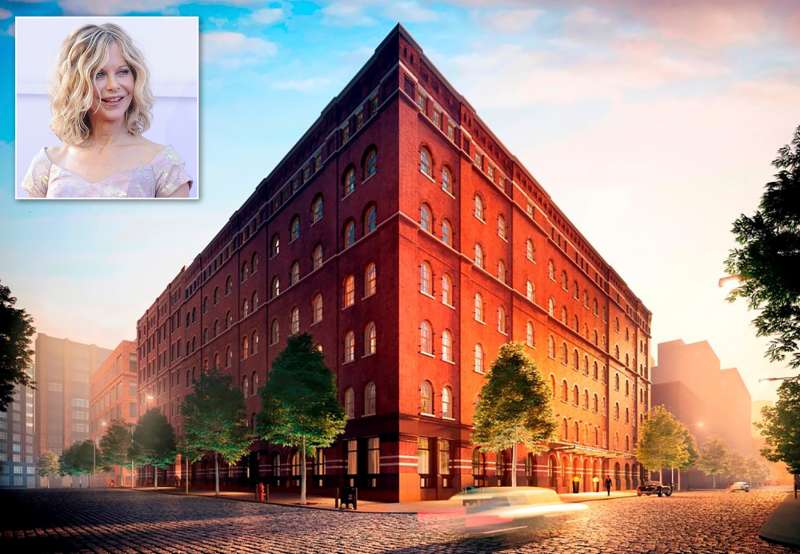 Justin Timberlake and Jessica Biel just got a new neighbor.

Meg Ryan recently bought a $9.4 million condo in a popular building for celebrities in the Tribeca neighborhood of New York City. Her new pad, which has three bedrooms and three and a half bathrooms, is in the same building as Harry Styles, Ryan Reynolds, Blake Lively and Jennifer Lawrence.

The 3,155 square-foot condo will be Ryan’s next home after her SoHo loft, which she is under contract to sell, according to Trulia. Ryan is an avid renovator, which she said in an interview with Architectural Digest has given her the opportunity to bring her “vision into the world.”

The celebrities inhabiting the luxurious building also share a number of high-end amenities: a private garden, valet parking, a 75-foot lap pool, a wine cellar and a 24-hour concierge, among others.

And there may be a reason why so many stars are drawn to the building: It’s paparazzi-proof. That means the living spaces are protected and private from the public eye, according to Truila.

But since the space is newly renovated, mock-up photos of the space and common areas in the building are only available. Check out these photos below for a look at what the space will look like:

And Ryan is spending a bit more than the British pop star next store. Styles, of “One Direction” fame, paid $8.7 million for his 2,868 square-foot apartment in the building when he bought it last May.