5 Signs That Millennials Are Turning Into Boring, Responsible Grownups 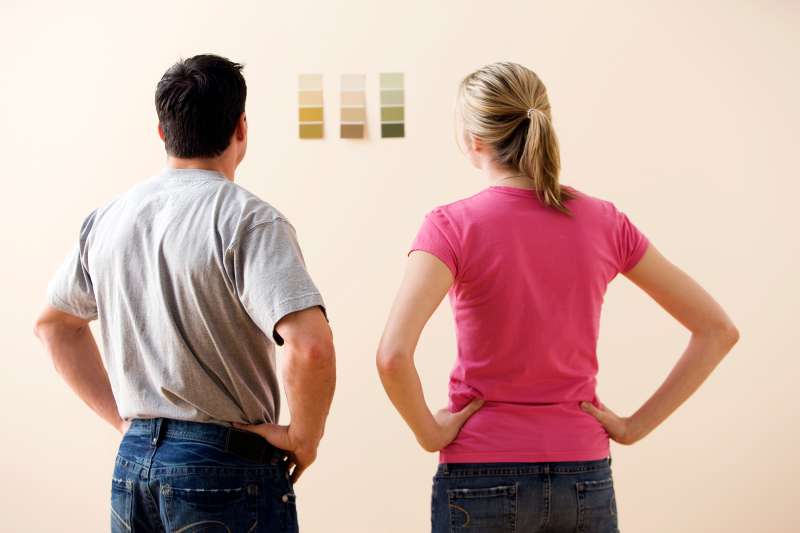 “Kids today!” Every generation rolls their eyes at the one that comes after it, painting the youngsters with an extremely broad brush as lazy, irresponsible, and (yep) entitled. Still, the millennial generation—born between 1982 and 2002, easily the most studied bunch in history—catches more flak than any group that has come before it.

The theory holds that millennials were babied so much that they never quite turned into full-fledged grownups. Hence the explanation for why so many of them live with their parents into adulthood, and why they supposedly need lots of hand-holding and pats on the back in the workplace. It doesn’t help the reputation of millennials when surveys show that, for instance, the majority prioritize things like concerts, travel, and takeout food over paying off student loan debt.

Yet it’s clear that so many of the truisms of this highly examined generation turn out to be myths, and that the reasons for their apparent failure to grow up go far beyond their control. A multitude of interconnected forces have been at play, including the financial collapse and its destructive fallout, soaring student loan debt, and various trends steering millennials to marry, have kids, and get their careers off the ground later in life. They’ve all conspired to give the impression of a generation that doesn’t want to or simply cannot take on adult responsibilities.

As millennials have gotten older and the economy has recovered, however, many of the forces holding them back and delaying their entry into “adulthood” have faded. Here are a handful of signs showing that millennials are growing up, and that they are not, in fact, all that different from previous generations.

Buying Cars
For a long time, the perception was that millennials thought that car ownership was “not cool,” or at least not nearly as necessary as having the latest smartphone. The theory held that young people preferred urban living and a mix of public transportation and Uber and didn’t want to be trapped with car payments. Some observers even dubbed Gen Y as Gen “N,” as in neutral—which supposedly summed up this group’s feelings about automobiles.

Read next: 10 Things Millennnials Buy More Often Than Everyone Else

Yet millennials surpassed Gen X in terms of overall car sales in the U.S. in 2014, and the under-35 set accounted for 27% of auto sales that year, up from just 18% in 2010. By 2020, the millennial generation is forecast to represent 40% of American car sales. The top reason given in 2014 by millennials for why they don’t own automobiles is that car ownership costs too much, but as young people advance in their careers and earn more money, the expense becomes much easier to handle.

Buying Homes
Home ownership by Americans ages 35 and younger dropped 12% between 2006 and 2011, a period when the percentage of young adults living with their parents increased significantly. The Great Recession surely played a big role in the reluctance of millennials to move out on their own and buy a first home, as has the fact that young people today are getting married at slower rates—and at older ages—compared with previous generations.

A study from the National Association of Realtors reveals, however, that the demographic accounting for the largest portion of home purchases over the last three years is Gen Y. More than one-third (35%) of all home buyers were millennials in 2015, up from 32% in 2014, constituting a higher percentage than Gen X (26%) and Baby Boomers (31%).

Moving to the Suburbs
The populations in many American cities rose after the Great Recession, thanks to relatively cheap rent and lower cost of living because it’s not necessary to own a car. Surveys also showed that many millennials preferred living in urban, walkable areas rather than out in the ‘burbs.

Read next: 12 Things Americans Are Suddenly Buying More Than Ever

And yet in surveys the majority of millennials say they aspire to live in the suburbs. A FiveThirtyEight study pointed out that the number of people in their 20s moving out of the cities to the suburbs far outnumbers those going in the reverse direction. According to the NAR study cited above, only 17% of millennial home buyers purchased in urban areas in 2015, compared with 21% the year before.

Getting Real Jobs
It wasn’t the choice of most millennials to be underemployed—or totally unemployed—in the years during and after the Great Recession. While underemployment (i.e., working a job for which you’re overqualified, like a college grad employed as a barista) has been a huge problem in recent years, the tide is slowly turning. According to a Georgetown University study, underemployment declined to 10% in 2015, down from 17% during the recession’s darkest days. The rate of underemployment among college graduates was recently measured at just 6.2%, down from 10.2% during the recession.

The economic recovery, combined with a broad swath of retirements by baby boomers, has opened up opportunities for millennial workers—college grads especially. “While full recovery, in my mind, is somewhat down the road, the recovery is taking people with college degrees first,” Georgetown’s Anthony Carnevale, a co-author of the study, told MarketWatch.

Saving Money
This is pretty amazing for a group that’s stereotyped as being wasteful with money, and for being overburdened with student loan debt. Studies show that millennials start saving and investing at the age of 23, on average, compared with 26 for Gen X and 32 for younger baby boomers. The typical 20-something American is saving 7.5% of income for retirement nowadays, compared with just 5.8% in 2013.

Stashing away cash is the ultimate prudent, boring money move. So before declaring millennials as irresponsible and immature, take a look in the mirror and try hard to recall what you were doing with your money when you were 23.