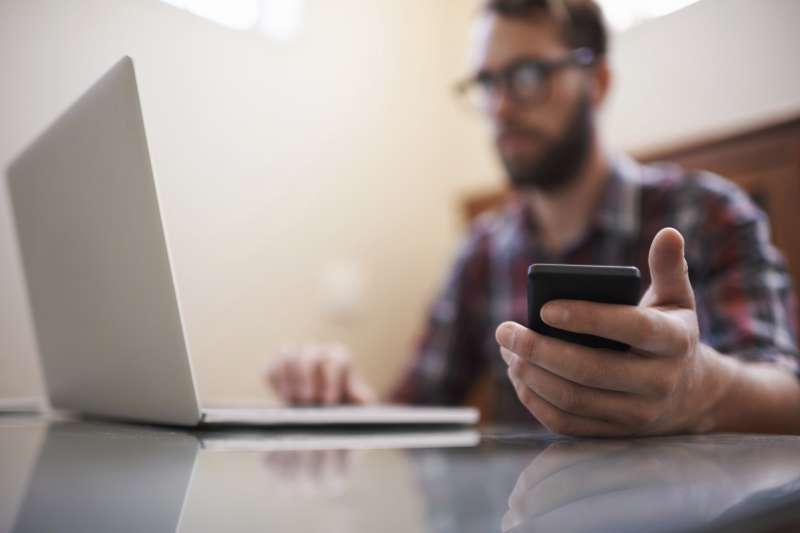 In a scene from the recent summer beach read “Love and Miss Communication”, a young millennial workaholic lawyer on the verge of partnership named Evie gets fired from her job for sending too many personal e-mails while at work.

Then she discovers, on Facebook, that the man of her dreams is very much in love with … someone else. And so she swears off the Internet for a year.

Needless to say, good things happen. But there’s a catch. Problems come with the things that don’t happen. For example, Evie misses a close friend’s party because she didn’t check Facebook. She grows increasingly isolated, and her friends feel insulted.

The urge for the first generation to come of age in the new millennium to stay connected is strong.

According to Boston Consulting Group, 37% of younger millennials (ages 18 to 24) said that they feel as if they are “missing something” if they are not on Facebook or Twitter every day, compared with 23% of non-millennials.

Those concerns are valid and should not be ignored. Unlike previous generations, the vast majority of their social plans are made online. Ditto for the humble brags. Friends cheer each other on, which can be a great motivator.

The reality is that millennials are digital natives. They take their devices to bed, text in almost any situation, and constantly check social networking sites to stay in the loop.

Rather than putting a negative spin on their social media-centered culture, it may make more sense to encourage them to leverage it.

Bob Pearson, president of digital marketing and communications company W20 Group, says there is simply no reason to pressure millennials to unplug, even at work.

“That is a myth that companies don’t expect you to be online and do some personal social stuff,” says Pearson, who blogs about millennials with his 19-year-old daughter. “We just have to embrace that when (millennials) have downtime, that is what they do.”

For example, Pearson’s daughter Brittany sends her co-workers Snapchat messages as they are working, even if they are right near each other.

Allowing younger workers to be in touch at work can be advantageous. Their real-time connections provide crowdsourced feedback along with constant information that can be useful on projects.

Even though millennials may be connected to work more, they also are connected to their social world, which can make work more enjoyable, keeping them more productive. Blurred lines aren’t always so bad.

But some worry about the health effects of all this connectivity.

“If employers want to improve the health of their employees, including millennials, they should consider encouraging them to unplug when they leave work,” says Terri L. Rhodes, chief executive officer of Disability Management Employer Coalition, an employer-based non-profit organization.

“We still do not know the health effects of texting, the constant use of thumbs and the effect on arthritic thumb joints. There is also growing medical concern about neck problems from always looking down at devices.”

As for Brittany, she does have a pang of jealousy for older unplugged folks. She talks wistfully about leaving her phone at home, at least when she goes to the beach. But she does not. In fact, the urge to unplug seems to come and go in an instant – almost as fast as the constant buzz calling her back to her devices.