The 5 Most Misleading Grocery Items Shoppers Waste Money On 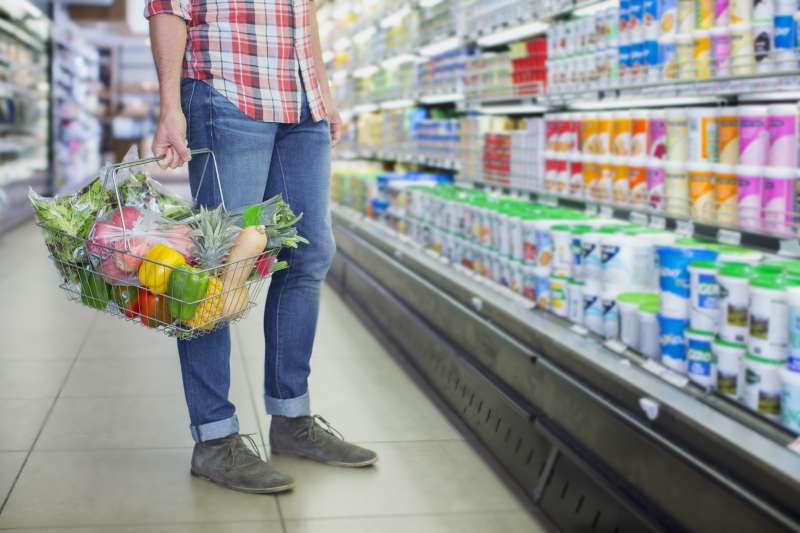 If there’s one thing I spend way too much time on in life, its the process of grocery shopping.

As someone who blogs about cash back credit cards all day long, it’s probably predictable that I waste a bunch of time obsessing over which stores qualify for the supermarket category on my American Express card. But aside from the obvious, I also study ingredient labels; to me they’re more thrilling than a John Grisham murder mystery.

The result? I stumble across a lot of products with questionable marketing on the supermarket shelf.

What follows are a few of the most common gimmicks used by manufacturers to describe or infer whats inside their products:

I learned very early on in life that blueberry products were mostly made of out apple. I was in kindergarten or first grade when my class toured the Jiffy Mix factory and they showed us what went into their blueberry muffin product: a lot of apples and a few blueberries.

These days this technique has been taken to a new level. Many “blueberry” products don’t contain any fruit at all. In fact, they’re merely using a combination of maltodextrin and food coloring to create imitation blueberries.

I don’t have a problem with products like these, as long as they’re being upfront. Jiffy’s current blueberry muffin mix label clearly tells us what’s inside.

Read More: My State of the Household Report and List of 2015 Expenses

On the other hand, I do have a problem with companies that aren’t so forthright and have misleading labels, such as Totals Blueberry & Pomegranate cereal which, ironically, contains neither.

Worse yet, products like that typically cost more money — and people still pay because they think they’re getting something that they’re not.

People will also pay more when something contains olive oil. In turn, you’ll find many items claiming they contain it; unfortunately, those claims are sometimes misleading.

For starters, if you see a salad dressing or some other product which proudly brandishes olive oil on the label, you’ll often find it actually contains a blend of different oils, with canola, soybean, cottonseed, corn, or others listed before the olive.

Even if it is numero uno on the list, you can’t necessarily assume its worth it. Why? Well there are a lot of shenanigans going on when it comes to this coveted oil.

Read More: What Is a Balance Transfer Credit Card?

Did you know real vanilla is second only to saffron among the world’s most expensive spices? So it comes as no surprise that many products which claim this flavoring actually use a vanillin that is synthetically created, possibly using coal-tar derivatives.

Some frosting labels at least notes that they are artificial. But even fake vanilla can still be labeled as natural flavors or naturally flavored.

Why? Well, for a few years at the turn of this century, there was a vanilla shortage and many manufacturers that were previously using the real deal had no choice but to use the fake stuff — yet they never changed their labeling. The FDA remained mum on this, and the industry basically interpreted that as a green light to continue doing it.

So nowadays, even with a label saying natural you still might be getting that yummy coal-tar derivative. That brings me to the next item on the list:

Most of the pricey products love brandishing that word in big bold letters, but what exactly does “natural” even mean?

Organic labeling actually has quite a few rules in the United States. In addition to the restrictions on chemicals used, organic food also can’t be genetically modified. So, for example, tomatoes crossed with fish genes cannot be marketed as USDA organic.

However, “natural” is not a synonym for “organic.” The term is only regulated when it comes to meat and poultry; to be natural it can’t have artificial flavors, preservatives, or colors. It’s completely meaningless when it comes to pretty much everything else!

I could literally bottle up some gasoline and sell it to you as being natural as long as I list gasoline on the ingredient label.

This article on Daily Finance will give you the rundown on these types of deceptive terms.

Read More: How Should I Choose a Student Credit Card?

Vitamin C and other nutrient additives

Manufacturers love to tell you about vitamins and antioxidants which are in their product, but are they really worth paying more for?

Practically any juice you buy will be pasteurized at temps between 145 and 280 F to kill off any bacteria.

Unfortunately, that nutritious vitamin C from fresh fruit and vegetables is also destroyed during the pasteurization process, which is why when you buy juice that contains vitamin C, you’re actually getting it in the form of ascorbic acid, which has been added after the pasteurization.

Assuming the product is charging a premium price for having it as an additive, wouldn’t it make more sense to just buy a big tub of ascorbic acid powder for pennies per ounce instead of paying $1 more for vitamin C infused water or cereal?

You can milk your manufacturer coupons and grocery cash back cards ’til the cows come home, but that still doesn’t make you a smart grocery shopper.

I find it laughable when I see mommy coupon sites excited about a deal to save 75 cents on pomegranate cereal, or a dubious natural product, when the smarter option would be to buy a no-frills cereal that doesn’t charge extra for clusters of blue #2 and maltodextrin.

Simply put, it’s not about how much cash you save, but rather what you’re saving money on. Because paying more for gimmicky products isn’t good personal finance, is it?