20 Money Mistakes Everyone Makes But No One Admits 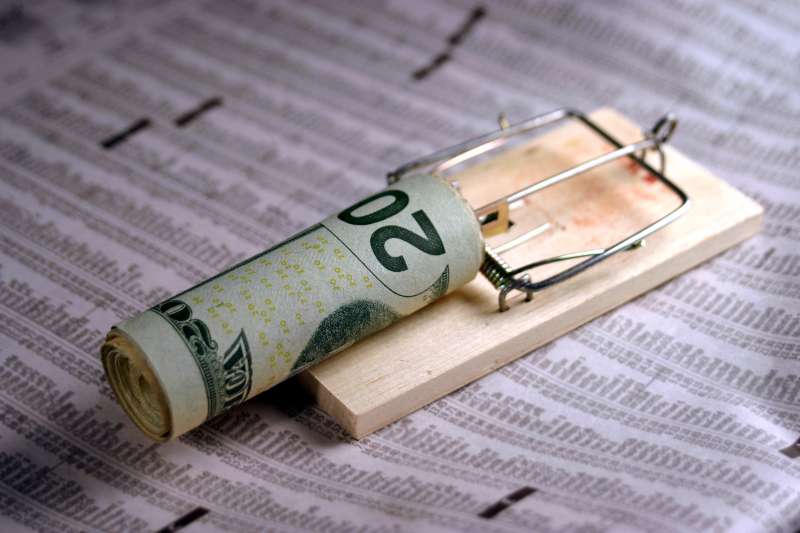 Although Americans are known, adorably, throughout the world as a culture of loud mouths, we are very secretive about money. In fact, a financial health study in 2013 by Wells Fargo Bank revealed that 44% of Americans would rather discuss death, religion, politics, or their personal health than their financial situation.

Our communal tightlippedness about financial problems keeps everyone in the dark. Because we are not able to learn from others’ mistakes, we blindly walk into impending financial disasters, without a word of warning. Our unwillingness to discuss money can result in terrible financial problems, emotional stress, and even heartbreak.

Here is a list of some of those terrible money mistakes.

The Social Security trust fund is scheduled to run out in 2037. This does not mean that people will receive no Social Security. It does mean that if nothing changes between now and then, people can expect to take a 24% cut in their scheduled Social Security benefits. People need to plan their retirement accordingly, in order to make up for this loss.

2. Going Poor From a College Education

It’s a much-beloved American belief that one can escape poverty through education. And, up until the current generation, this has been somewhat true. Unfortunately, ballooning costs of education have made college a financial risk for many Millennials. According to a recent survey, the class of 2015 is the most indebted ever, with students owing an average of $35,000 in student loan debt. For many people who grow up poor, a college education actually increases their poverty.

3. Being Ignorant About Home Loans

I can say with 100% certainty that I did not understand my home loan when I bought my house. Luckily, I had a trustworthy real estate agent and mortgage broker who did not take advantage of my ignorance. Alas, many Americans discover too late that they have trusted the expertise of the wrong people.

People are often confused about what is required to get a home loan. For example, 36% of Americans mistakenly believe that a 20% down payment is always required.

One of the big questions any home buyer should ask is “Does this make financial sense?” In certain situations, you may want to weigh buying vs. renting.

Conventional financial wisdom states that housing should not make up more that 25% of your paycheck. This idea, of course, is hilariously unachievable to many people who live in expensive cities like San Francisco or New York. To cut costs, consider renting out your home as an Airbnb, or adding a roommate. Not every home must be a castle.

5. Not Understanding the Scope of Your Debt

In a recent study, researchers compared the household debt as reported by borrowers to the Survey of Consumer Finances with the debt reported by lenders to Equifax using the Consumer Credit Panel. The outcome of the study showed that people have a good grip on how much they owe on their houses and cars, but not so much when it comes to credit cards and student loans.

The researchers discovered that people estimated their credit card debt to be 40% less than what the lenders reported. Families underestimated student loan debt by 25%. The gap was worse in households with more than one adult. Researchers posit that people may be good at estimating their own debt, but terrible at estimating the debt of others.

6. Being Financially Unfaithful to Your Spouse

I was shocked to discover that 43% of married couples cannot correctly state their partner’s salary. What’s even more bonkers is that one in three adults in a combined financial relationship admits to financially deceiving their partner. No wonder so many marriages end over money issues.

7. Forgetting About the Children

Parents in every tax bracket have a hard time talking about money with their children. Keeping kids financially illiterate can have lifelong repercussions, none of them good.

A Gallup poll reveals that only 32% of Americans prepare a detailed household budget every month. This means the other 68% are just winging it. Without an accurate picture of where and how money is spent, it is impossible to make solid financial decisions.

9. Not Saving an Emergency Fund

I am a big fan of the “Debt Snowball,” as I have personally used it will great success. While many people focus on the snowball part of his debt management strategy, others ignore his first key step in paying down debt: putting $1000 in an emergency fund.

Having an emergency fund is the foundation of financial well-being. Why? Because according to the Federal Reserve, 47% of Americans do not have the ability to cover an unexpected expense of just $400 without selling something. It’s virtually impossible to stay out of debt if every little emergency forces you to borrow money.

My husband wants to buy a new television. However, because I am a shrill harpy, I have forbidden him to buy a new TV on credit. My reasoning: if we can’t buy it with cash, we can’t afford it. It makes a lot more sense for him to put away money each month for the television, even if it’s in a savings account with a crappy interest rate, versus paying interest to a credit card company.

Everyone knows that cars lose value the second they are driven off the lot. Most people never think about how virtually the same concept is true for almost every other new purchase. I am a great proponent of buying used. In fact, buying used goods is one of the ways I managed to save over $30,000 in less than eight years.

12. Relying on One Source of Income

Working more than one job is stressful — believe me, I know. But even salaried workers with benefits can increase their financial stability by taking outside work. In shaky economic times, it literally pays not to put all your financial eggs in one basket.

For freelancers who never get a W2 form, April 15th often includes a bad financial surprise in the form of a bigger than expected tax payment. Make it a point, as soon as possible, to review your tax returns from previous years to get a clearer picture of what you will actually owe in taxes this year. If your income varies widely from year to year, get in the habit of putting at least 10% of every paycheck in a savings account to offset your taxes.

Haggling is not just for garage sale shoppers. Big-box and department stores will usually match competitors’ prices, so it pays to do price comparisons before buying big-ticket items. Also, cash is king. Many retailers are willing to adjust prices if you can pay cash. It never hurts to ask. (See also: 11 Retailers Where You Can Negotiate a Lower Price)

Consumer counseling agencies see a 25% jump in the number of people seeking help in January and February. After hundreds of dollars of holiday expenses, even minimum monthly credit card payments become more than they can afford. According to the American Research Group, Americans spent, on average, $861 for holiday gifts last year. This is a princely sum for many people.

There are numerous ways to hack holiday debt, including making your own gifts. My family agreed to stop exchanging Christmas gifts in 2001, an extreme decision that had many unexpected positive results. An old-school trick that always works is to put money into a jar (or a savings account) every month for holiday costs. What gets saved from January through November is the holiday budget for December.

16. Screwing Up Your Perks

I have managed to lose not one, but two free international round-trip tickets due to poor mileage rewards management. But credit card rewards are just one perk that people fail to use. Over the course of the year, people lose thousands of dollars in merchandise and services by just not using them. This is known as breakage or spillage in financial parlance.

Breakage is such a common mistake that the gift card industry banks on it. Between 2005 and 2011, a staggering $41 billion worth of gift card value was lost to expiration dates and misplaced cards.

To reduce my personal breakage, I now tape coupons and gift cards to the front of my refrigerator so I remember to use them and have switched to an air miles program where the miles never expire.

Rewards cards can have a cost. My APR rate for my rewards card is 2% higher than my old non-rewards card. I make every effort to reduce this cost by paying off my bill every month in full, but many people are not this diligent — and quickly lose any rewards savings to interest payments. Additionally, even the most responsible bill-payers can fall victim to purchase acceleration. People tend to spend more the closer they get to the reward, often buying things they wouldn’t necessarily have bought with cash.

18. Not Continuing Your Education

I spend a ridiculous amount of time on the Internet watching how-to videos about the digital universe. Video tutorials are an excellent way to hack a continuing education, without having to pay for traditional college courses. You can also visit your local library, where you may find some educational freebies. For example, the Los Angeles Public Library offers free Lynda.com tutorials.

Learning new things is vital to continued employment. Many workers accidentally age themselves out of their preferred jobs by not refreshing their skill set to stay competitive with younger workers. Learning new skills can also lead to promotions, greater negotiating power, and the ability to change careers.

19. Missing Out on Food Stamps, Unemployment, and Other Benefits

For several years I lived below the poverty line, but never thought to apply for food assistance because I didn’t realize I qualified. I had a job, and I didn’t know that most people who receive food assistance also worked.

Not exploring food stamps and other benefits when you are struggling is really dumb. The extra $101 a month I could have received in food assistance would have made a huge difference in my life. I could have used the $101 to pay for necessary car repairs or to take a class that would have improved my employability.

The USDA issued a 2012 report stating that lack of information about eligibility is one of the primary reasons qualifying Americans don’t consider signing up for food benefits. Shockingly, less than half of all eligible nonparticipants are even aware that they qualify.

Don’t leave food on the table.

20. Not Seeking Out a Financial Mentor

Sure, I’m good at managing money. Duh — I write for a personal finance blog. But that doesn’t mean that there’s no room for improvement. My accountant and bookkeeper help me stick to my financial goals and develop the best practices for managing my money year round. Even the most money-savvy people can benefit from an outside opinion.

5 Money Mistakes to Stop Making by 50