The Biggest Financial Winners (and Losers) of the Election 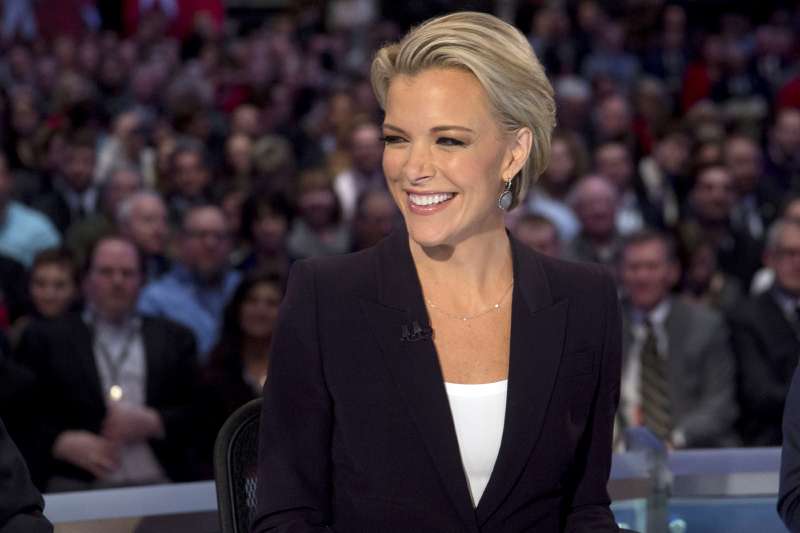 “We don’t win anymore,” Donald Trump loves to say. But there have been some obvious financial winners in this election cycle.

For example, cable TV networks have the race to thank for bolstered ratings—and they’ve capitalized on that success, charging up to $200,000 for 30-second commercials. CNN alone will reportedly bank an extra $100 million in revenue this year, extra earnings attributed to all the election hype.

Not everyone can be thankful for 2016, however. Trump’s eponymous hotels, for example, have seen decreased foot traffic during his campaign. Visits are down as much as 17% in a year, and travelers are asking their booking agents to avoid Trump properties, primarily after the candidate’s vulgar comments about assaulting women surfaced.

Who else has “won” or “lost” since the race for the White House began? Here’s a look at the balance sheet.

If you thought that Corey Lewandowski—one of two former Trump campaign managers—would watched his political career spiral into the abyss after being charged with battery against a reporter, you were wrong. Lewandowski lucratively segued his political act into a media act, becoming a talking head on CNN. And getting fired didn’t mean that Lewandowski forfeited his pay, either—he will collect nearly $500,000 over two years working for Trump, nearly a quarter of which is to be paid out after he left the campaign.

Despite bringing issues like child care and women’s rights to the forefront of a presidential campaign, Ivanka Trump’s brand has been battered by her father’s bid for president.

Like the Trump Hotels, Ivanka’s eponymous clothing line hasn’t fared well under the election’s chaos: in a national survey of nearly 2,000 voters, 57% of women said they wouldn’t buy clothes by Ivanka Trump, and fewer than 25% said they would. While Macy’s department store pulled Trump menswear from its inventory, the store has not pulled Ivanka Trump clothing, despite widespread use of the hashtag #GrabYourWallet, which called for shoppers to boycott Ivanka-branded items. Similarly, Nordstrom has also said it wouldn’t stop selling Ivanka Trump clothing, even after a viral letter from an angry customer circulated, pleading the company to cease its business with Trump.

The Fox News anchor has been on the air since 2013, but this year reached new heights of visibility—and controversy—as a media foil to conservative heavyweights. As moderator of two primary debates, Kelly went toe-to-toe with Trump (who later made inappropriate comments about her menstrual cycle). Later, she was accused on air by Newt Gingrich of being “fascinated by sex.” Most recently, she added herself to the list of women accusing Fox News CEO Roger Ailes of sexual misconduct.

Now she’s cashing in with a new book, Settle for More. And the right-wing cable news network reportedly offered her $20 million to stay on its team when her contract expires in 2017.

The 2016 presidential debates were mired in insults, accusations, and theatrics, so when Ken Bone asked an actual question about actual government policy during the second, town hall-style debate, he was cheered as the hero America needed. The next morning, the media was enthralled by Bone, who made his rounds on major talk shows and news programs.

Bone didn’t let his 15 minutes of fame slip away easily. He appeared in an advertisement for Izod, the company that makes his now-famous red sweater, and sold $25 t-shirts and $40 sweaters that say “Welcome to the Bone Zone.” He’s also received gifts from companies like St.Louis-based Jord watch company, which he then promoted in a tweet.

Bone may have cashed in even more if not for his off-putting Reddit comments about Trayvon Martin or Jennifer Lawrence that surfaced soon after the peak of his media lovefest.

The Clinton Foundation, a public charity started in 2001 and run by Hillary and Bill Clinton, has been a particularly messy part of the candidate’s campaign. Republicans, the media, and voters have questioned the integrity of the foundation’s funding—namely in receiving foreign donations while Hillary Clinton was Secretary of State.

According to the Washington Post, the Clintons’ charitable groups have raised $2 billion and have an annual budget of $223 million. The big money machine’s days could be numbered, though. Calls for the charity to be shut down are numerous, and could intensify if Clinton were to win the presidency.

In an age when online streaming and social media have usurped traditional television news broadcasts, the election has been a boon to networks like CNN. The network’s viewership and ratings skyrocketed during the primary campaign, but really took off once the party’s candidates were decided. Research and marketing firm Nielsen estimates that more than 84 million people watched the first presidential debate, not including those who streamed it online or watched from a bar, for example.

Of course, networks like CNN didn’t let that opportunity go to waste. AdAge reported that the network charged $200,000 for a 30-second commercial during the first debate, which is typical of what the network might charge for a commercial during a prime-time series. That compares to the average cost of buying commercial time on the network, which is around $5,000. CNN alone will reportedly bank an extra $100 million in revenue this year, extra earnings attributed to all the election hype.

Perhaps the most iconic pieces of clothing from this election were Trump’s $25 “Make America Great Again” hats, which were manufactured by California-based Cali-Fame Headwear company and Louisiana-based Ace Specialties.

The trucker caps cost Trump’s campaign $3.2 million, a spending figure that passes what the candidate spent on polling and direct mail. Cali-Fame Headwear says making Trump’s hats has been a “boon” to their business.

Considering Trump has built his empire on real estate, this election has been rough to his namesake hotels.

Foot traffic at Trump properties was down as much as 17% year over year, and bookings at his hotels have mostly dropped, according to one travel site, Hipmunk. The Trump SoHo hotel is down 74% in bookings, Vegas 71%, Toronto 47%, Chicago 31%, and Atlantic City 17%. Protestors have gathered regularly outside of Trump properties, including at his new Washington, D.C. hotel.

But Trump may realize that the bombastic and often offensive language which has benefited his presidential campaign may not benefit his business interests—the mogul is launching a new brand, Scion, that is conspicuously missing the gold-lettered Trump branding so evocative of everything he’s done previously.

Presidential hopeful Ben Carson may not have won primary season, but he has certainly won in other ways. The surgeon and GOP candidate released his book, A More Perfect Union, in 2015 and then went on a book tour masked as a campaign. Since 2014, Carson has sold 688,000 print books according to Nielsen BookScan, selling more copies than Democratic nominee Hillary Clinton’s Hard Choices.

Other election-focused books, too, are reaching levels of success they might otherwise have not. One, ominously titled God’s Chaos Candidate: Donald J. Trump and the American Unraveling was featured on Amazon’s Best Seller list as of November 1. Megyn Kelly’s book Settle for More, to be released just after the election, has already cracked the top 40 bestseller list.

An integral part of any political campaign are pollsters, those who work for a candidate and provide data related to voter sentiment that could help shape campaign strategies.

While Donald Trump’s campaign spent around $2 million on polling, not nearly as much as other candidates have, Hillary Clinton camp has arguably made up the difference. During the primary season alone, Clinton spent $720,000 on polling, more than the next six GOP candidates combined.

Joel Benenson’s Benenson Strategy Group, a democratic polling firm, worked for President Obama during his 2008 run for president, earning $5 million then and charging more to Hillary Clinton’s campaign this cycle. Of course, that seems like a drop in the bucket compared to the $1.3 billion Clinton campaign cash machine.