With Mortgage Rates So Low, Getting a Floating Rate Mortgage Might Seem Crazy. Here's Why I Did It Anyway 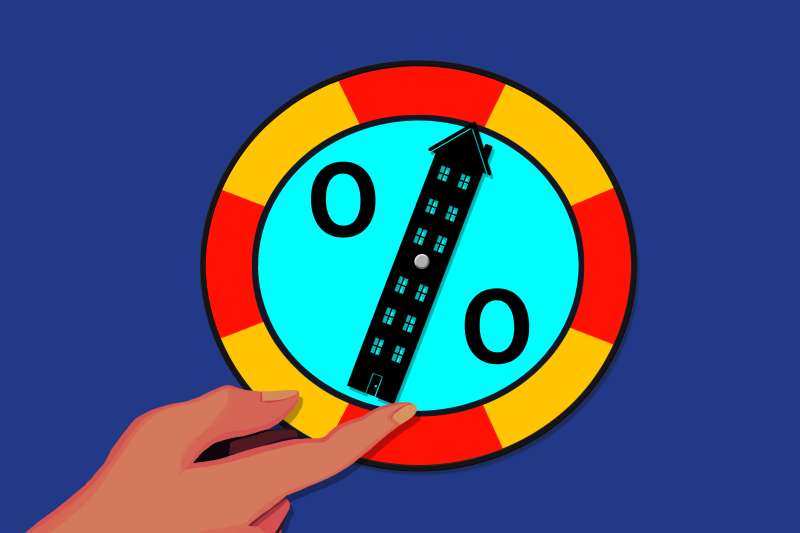 My mortgage payments are by far my largest monthly expense, so when I recently got the chance to cut them, I cut them as deeply as I could — even though it meant doing something I never thought I’d do: Forgoing the security of a fixed-rate mortgage for an adjustable one.

An ARM, also known as a “variable-rate mortgage,” offers a low introductory interest rate—typically for three, five, seven or 10 years—and when that period ends the rate turns into a floating rate for the remainder of the loan. Once rates adjust, mortgage payments for an ARM can double or even triple. With today’s mortgage rates at or near record lows, future rates may have only one way to go: up.

I knew ARMs had earned a pretty bad rap—they were involved in many of the mortgage defaults that rocked the housing market during the Great Recession. And every mortgage lender I spoke to told me to steer clear of ARMs, since I didn’t know how long I would own my new home. (At the time I was single, with no plans to move in the foreseeable future.)

So I decided to buy a two-bedroom condominium in Arlington, Va., using a 30-year loan of $417,000 with a 3.875% fixed rate in 2015. Avoiding the uncertainty of rate hikes gave me peace of mind as I settled into my new digs and started making mortgage payments. But everything changed when mortgage rates tumbled to record lows in March.

After the Federal Reserve unexpectedly slashed short-term interest rates, the national average rate of a 30-year fixed-rate mortgage fell to an all-time low of 3.29% for the week ending March 5. Even better, the average rate of a 5-year ARM sank to 3.18%, Freddie Mac reported. That got my attention. (It also helped that my editor at Money assigned me an article about the sudden drop in interest rates.)

I pinged my mortgage lender ASAP to find out whether I should refinance. He said yes—except this time around he recommended I refi to a 7-year ARM, which made sense given that I got married last year, and my wife and I had already decided that we’d sell our home within the next few years once we have a couple of children and need a larger house.

Because we both have excellent credit scores, we qualified for a 7-year ARM with a 3% introductory mortgage rate. Refinancing cut our monthly mortgage payments from $2,380 to $2,096. We were ecstatic—and, admittedly, we bragged to our friends about our savings, which we’ve used to beef up our emergency fund.

Mortgage rates have dropped, but getting approved may be harder

Looking to get a cash-out refi? Be aware that a number of lenders are tightening their lending requirements to protect themselves in these uncertain times. According to Bloomberg, Bank of America raised its minimum credit score from 660 to 720 for loans to homeowners wanting to borrow against their equity. Wells Fargo and JPMorgan Chase have also reportedly bumped up their credit requirements for cash-out refinancers.

It may take longer for a lender to process your refi

Mortgage lenders are being inundated by refinance applications. Over the first quarter of this year, the number of residential refis surpassed 1 million and comprised almost 56% of the total number of home loans that were originated, representing $328.5 billion in total volume, according to ATTOM Data Solutions.

As a result, it’s taking longer for some lenders to process refis. According to Ellie Mae’s monthly Origination Insight Report, in May it took on average 44 days to close on a refinance loan, which is seven days longer than the same time last year. (In normal times, efficient lenders can process refinance closings in as little as 30 days.)

It always pays to shop around for a mortgage

Racing to lock in a low mortgage rate? Don’t forget to compare offers from several lenders. Mortgage rates can vary greatly, since every lender has its own pricing algorithm. Proof: in San Francisco, taking the first mortgage offer you receive without shopping around could cost you more than $66,000 in interest over the life of your loan, a recent LendingTree study found.

Is It a Good Time to Refinance Your Mortgage?