Nissan Tries to Mock Tesla and Steal Some Model 3 Customers 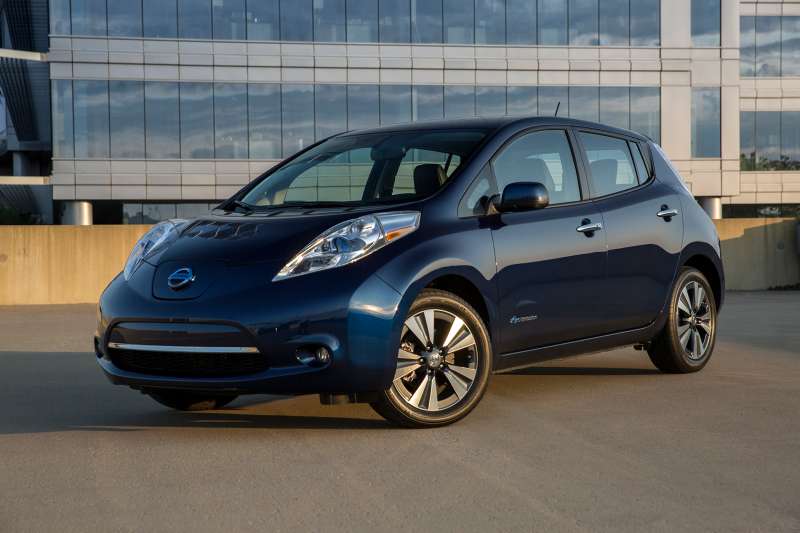 The Nissan Leaf is the world’s best-selling electric car. First available to the public in 2010, the Leaf hit a high point in 2014 with more than 30,000 sales in the U.S., before a dip in 2015 due to cheap gas and increased competition. According to Inside EVs, through March 2016 a total of roughly 93,000 Leafs have been purchased in the U.S. since the car was launched, making it America’s best-selling purely battery-powered vehicle. Worldwide, over 200,000 Leafs have been sold.

This all might have sounded fairly impressive before the Tesla began accepting orders for the Model 3, the much-hyped recently unveiled vehicle with a 200-mile driving range and a price within reach of the middle classes—starting at $35,000, or half of the luxurious, high-power Tesla Model S. At last check, Tesla has logged nearly 400,000 orders for the Model 3. Which makes the Nissan Leaf sales total seem quite unimpressive.

The only problem for Tesla—and aspiring Tesla owners—is that the Model 3 won’t make it to market until late 2017, and it could take many months, even years, before the automaker is able to get all of the pre-ordered vehicles on the road.

No one has actually bought a Model 3, mind you. Each order requires only a $1,000 deposit, and it’s fully refundable.

Enter Nissan, which on Friday placed ads asking consumers, “Why wait when you can drive an all-electric Leaf now?” in major newspapers like the New York Times, USA Today, and Los Angeles Times, Automotive News reported.

“No one should have any reservations about getting an electric car today,” the Nissan ad states, obviously needling Tesla and the fact that Model 3 customers won’t have their reservations fulfilled for well over a year. “Nissan has been the global leader in electric vehicle sales since the Leaf was unveiled in 2010. And we have one waiting for you right now, no reservations needed.”

Given the state of America’s media consumption nowadays and what kinds of people constitute Tesla’s fan base, one has to wonder if any Tesla buyers actually read print newspapers and will see these ads.

Nonetheless, Nissan makes the case for buying a Leaf right now, asking in the ad: “Why drop $1,000 to stand in line when you can get $4,000 cash back and best-in-class range?”

Read next: Why the Cult Around Tesla Is Eerily Similar to Apple’s Fanboy Following

It’s worth noting, however, that while the Leaf indeed has the best driving range right now for electric cars in its price category, getting up to 107 miles on a charge, it won’t have that title for long. The Tesla Model 3 is expected to having a driving range nearly double that when it hits the market. Another fully battery-powered electric car, the Chevy Bolt, will also have a driving range in excess of 200 miles per charge—and the Bolt is scheduled to go on sale at the end of 2016, roughly one year before early Model 3 buyers get their vehicles delivered.