10 Things That Will Be Cheaper Because of Falling Oil Prices 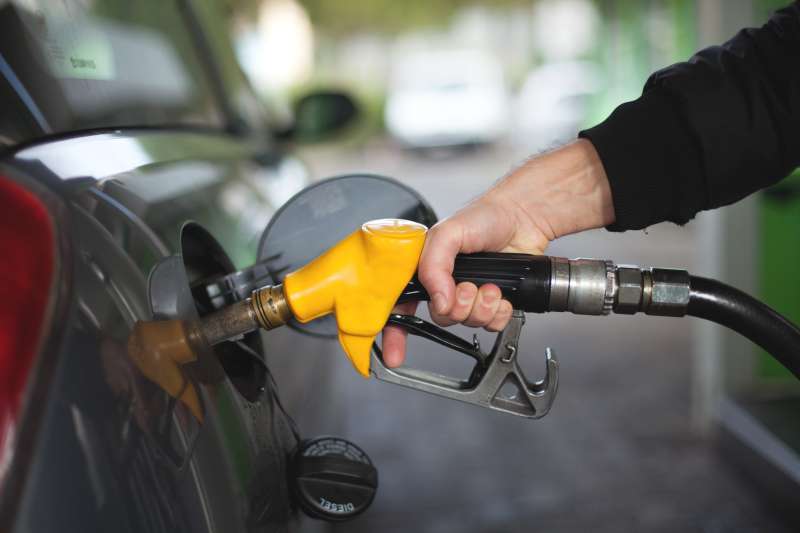 While oil prices on global markets have fallen about 60 percent since June 2014, according to the BBC, the drop has created major losses for the oil industry and its workers. But because oil is one of the economy’s most important commodities, it has produced price benefits for consumers in many industries that rely on energy commodities to provide products and services.

“For industries, low oil prices mean manufactured goods have a lower cost basis, and this can translate into bigger profits through costs savings or passing savings to consumers, which can drive further demand,” said Ser.

Here are 10 things that will be cheaper for you and ways your budget will be easier to manage because of falling oil prices.

The average price for regular unleaded gasoline in the U.S. is about 35 cents per gallon below prices of a year ago, according to an estimate by Alan MacEachin, vice president and corporate economist at Navy Federal Credit Union. MacEachin estimated that average households in the U.S. received the equivalent of a $400 boost in discretionary income.

However, this has not resulted in the expected boost to the overall economy as households appear to be saving more than spending their windfall,” he said. “The sharp drop in gas prices has also helped many businesses, particularly those with significant fuel costs, such as those in transportation and shipping. The net effect has been historically low inflation that has kept interest rates and borrowing costs low,” MacEachin said.

Cheaper gas prices can also benefit the entire economy because, as gas becomes cheaper, more people buy more gas and pay state gasoline taxes. In turn, this higher tax revenue can be used to build and repair roads and bridges.

Although falling oil prices positively impact some economic sectors, they can devastate others. The plunge in oil prices has especially impacted housing prices in the oil- and shale oil-producing states of North Dakota, Texas, Oklahoma, Wyoming, West Virginia, Louisiana, and Alaska. In these states, mounting job losses resulting from lower oil prices have caused many drilling firms to trim payrolls to counter plummeting revenue, according to MacEachin.

This trend can explain why housing prices in North Dakota are about 20 percent overvalued, according to Ralph DeFranco, senior director of risk analytics and pricing at Arch Mortgage Insurance Company.

Among some income brackets, however, falling gas prices are helping boost the market for second homes, according to Janine Acquafredda of House N Key Realty in Brooklyn, N.Y. Acquafredda said her clients in Manhattan are buying second homes up to a four-hour drive away from their primary residences, such as for skiing in Vermont. “But more often, the maximum distance for a second home is two-and-a-half hours away,” she said. With cheaper gas, that kind of drive could be even more manageable.

Companies llike FedEx and UPS, freight airlines, trucking companies, and marine transportation companies are likely to see a boost in profits and traffic due to the drop in oil prices. Bulk shipping of dry commodities and finished goods is cheaper, and global producers and manufacturers are taking advantage of the situation to ship more products, according to Hellenic Shipping News.

The travel industry, hotels and rental car agencies also are poised to benefit from lower oil prices. Airlines in particular might see a huge boost because of cheaper fuel costs. If oil prices continue to stay low, U.S. airlines could save $20 billion this year, according to USA Today.

Tanking oil prices have contributed to lower airfare prices, especially with budget airlines that are using this as an opportunity to expand their market share or reinvest their profits,” said Jessica Coane of PEXPortal.com, a site that helps people find deals on travel options.

For example, Coane said prices from Houston to Fort Lauderdale have dropped from as high as $350 roundtrip to, in some cases, around $100 roundtrip. JetBlue recently offered one-way flights for $28 nationwide. Fares to London from New York have dropped back below $1,000. She also suggested that “this is a great time to load up on airline miles, despite airlines changing their programs and their devaluations.

From its farm machinery and water pumps to its nitrogen-based fertilizer, agriculture is one of the most energy-intensive industries in the world. It is four to five times more energy-intensive than manufacturing, according to 2015 report from the World Bank Group.

A 45 percent decline in oil prices is expected to reduce agricultural commodity prices by 10 percent, which is further helped by an 8 percent drop in fertilizer prices, according to the report. A drop in domestic food prices could potentially benefit people of all income levels.

The National Restaurant Association reported in February 2016 that restaurant operators saw a net decline in same-store sales for the first time in three years in December 2015, but the association’s Current Situation Index, which measures current trends, is still close to 100. It also reported that the restaurant industry’s job growth is projected to outpace the overall economy in 2016.

Cheaper gas makes it easier for car dealerships to sell more cars, especially trucks and SUVs, according to Autotrends Magazine. In 2015, sales increased 14 percent from January 2014, with 1.15 million vehicles sold in the U.S, the highest rate in nearly eight years, reported The New York Times. Although falling oil prices do not directly translate into lower vehicle prices, cheaper gas is fueling driver demand, which can result in more competitive car pricing.

Read More: 30 Biggest Do’s and Don’ts When Buying a Car

When oil prices fall, oil industry professionals can be hit hard, such as yacht owners who suffered a reduction in their net worth as oil prices have declined. This is especially evident today in the Russian and European yacht markets due to a weakening euro compared with a strong dollar, according to yacht broker Dimitri Semenikhin of YachtHarbour.com.

Because the Russian ruble has a high correlation with oil prices, Semenikhin said, Russians, in general, are spending less on yachts and therefore have lowered their prices when selling yachts as they might need cash or don’t want to keep paying maintenance, which becomes more costly.”

Semenikhin said the greatest number of price reductions is often in the $1 million to $20 million range as “this is the most volatile part of the market.

Very large and expensive yachts, above 60 or 70 meters in length, are typically built and sold even during crisis periods as their owners are typically not as dependent on markets in the short term and they typically have more capital,” he said.

Rates on home loans have been decreasing over the past year — with a 30-year, fixed-rate mortgage averaging 3.72 APR in February 2016 as reported by real estate brokerage site Redfin — and cheap oil is driving cheaper borrowing, according to real estate investing site Build Realty. Build Realty attributed the trend to investors riding out the volatile oil market and unsteady global economy by taking refuge in low-risk U.S. Treasuries, which become cheaper with increasing demand and, in turn, cause mortgages to also become cheaper.

The Energy Information Agency calculated that American households have $700 more in disposable income to spend in 2015 as a result of lower gas prices, according to a report from the Federal Reserve Bank of Dallas. This decrease in gas costs is equivalent to a $10 billion to $125 billion tax cut, according to The Wall Street Journal. Such changes for the average consumer can make them feel flush with extra cash, which makes careful budgeting all the more important to protect against splurging.

Lower-income households have a higher propensity to consume, according to the Dallas Fed report. The better option is to increase savings and pay down debt, which more than two-thirds of investors surveyed for a 2015 Wells Fargo/Gallup poll said they plan to do. According to the survey, the estimated monthly savings from the drop in fuel prices is $68 for retirees and $117 for non-retirees, which can add up to a sizable emergency fund or make a big dent in paying down debt over time.