Blame Your Parents for Your Bad Attitude at Work 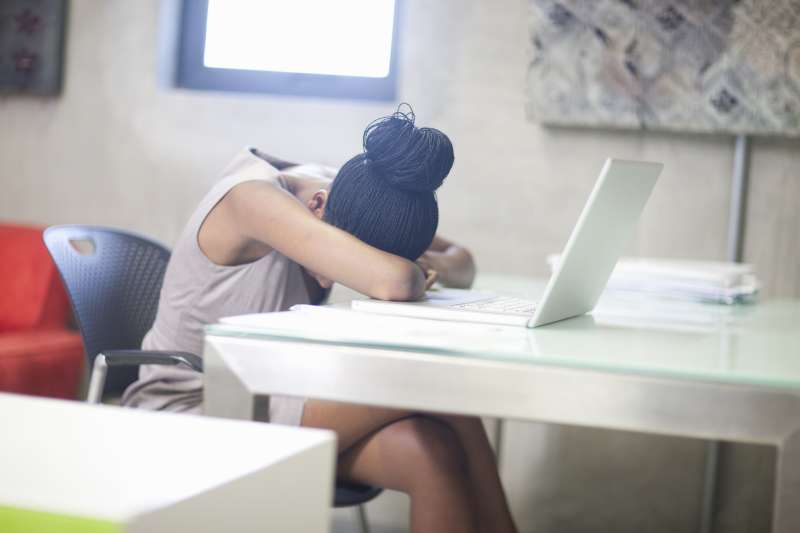 As a kid, Charly Rok, 50, was always wowed whenever she visited the skyscraper where her dad worked as a partner in a law firm.

And much like him, she’s since climbed the corporate ladder to land an enviable position as the VP of public relations for a bridal brand based near Philadelphia.

But despite her high-caliber day job, she always finds time to do PR on a pro bono basis for charitable causes.

“My mom was a social worker,” explains Rok. “So both of my parents’ work ethics and life choices have helped shape the choices I make in my own career.”

There’s a growing chorus of research that backs up Rok’s sentiment: Your individual work ethic is yet another thing you can chalk up to your parents.

A report out of Harvard found that daughters of working moms, for instance, tend to go on to become high achievers—and earners.

But perhaps the most extensive research on the topic has been conducted by the tag team of Wayne Baker, a professor at the University of Michigan’s Ross School of Business, and Kathryn Dekas, a people analytics manager at Google who was once Baker’s Ph.D. student.

Their key finding? Your parents are the single most significant factor in determining your work orientation. And the closer your bond, the more likely you are to follow their lead—whether or not you work in the same industry.

Read on for more insights from Baker and Dekas on just how Mom and Dad made you the career man or woman you’ve become.

LearnVest: So how can parents influence their kids’ future work ethic?

Baker: Children learn by observing, and interacting with, their parents. So if your mother and father talked a lot about the satisfaction they got from their work, then you’re more likely to have a similar orientation toward work.

If parents come home and talk about how much they hate their jobs—how they can’t wait to retire—then their kids are probably going to see work as just a grind.

Dekas: We also found that fathers tend to be the most influential when it comes to passing along a strong orientation to see work as a means to status and advancement.

Ultimately, though, our research suggests that it comes down to the strength of the relationship children have with their parents.

In your research, you look at three common work orientations. Can you explain what they are?

Baker: A job-oriented person is your classic nine-to-fiver who’s simply focused on getting a paycheck. As a result, they tend to get the job done, but they aren’t really engaged.

Meanwhile, for a career-oriented worker, it’s all about advancement, so they might not work as effectively in teams—they’re focused more on their own success than that of the group.

Calling-oriented people are the “I’d do this even if I didn’t get paid” types who see their profession as a means for personal fulfillment and having a positive impact. Since they tend to be more satisfied with their lives and what they do, they usually work longer hours and miss fewer days—making them superior performers.

While one orientation is typically dominant, another might play a secondary role. For instance, I’m calling-oriented—I see my work as a professor as helping people—but I also have a strong career orientation.

It’s a combination that relates back to my father, who grew up poor. He wanted to be a teacher and even a preacher [a calling orientation], but took a [career-oriented] white-collar job to make a living to support his family.

Baker: Not necessarily. Some employers want people to see their work as a job—not a calling [or career]. So they wouldn’t want to hire a career-oriented person who’d be looking to leave after a few months because there’s no room for advancement.

Plus, work orientations aren’t static. A career- or calling-oriented person might become temporarily job-oriented if they’re working in a distressed industry and are worried about keeping a job in order to pay the mortgage or support a family.

That said, our study did find that calling-oriented people are generally more satisfied with their lives than the career-oriented.

Think about it: When you’re always working toward the next level and looking at how well you’re doing relative to everybody else, that’s a prescription for unhappiness.

Dekas: One key element of our research—and research on work orientations, in general—is that we don’t make judgments about one orientation over another.

Each has its benefits!

So when it comes to your mother’s orientation versus your father’s, there is no ideal combination of the two because none of the outcomes (in terms of children’s orientations) should be perceived as better or worse than the other. They just produce different values.

Are any orientations more prevalent in certain industries?

Baker: Sometimes you can find all three in the same industry!

Take teaching. Some teachers think of it as “just a job,” while some see it as a calling or means of service. And others are working toward moving up the ladder to become administrators. You’d probably see the same diversity with doctors.

But some professions have less of a mix.

For example, you’d be hard-pressed to find an MBA student who was job-oriented. Most MBA students tend to have a strong career orientation—which is sometimes buoyed by a sense of calling—because those who go back to school typically see the degree as a means of advancement.

Career orientation is probably the most dominant one in our culture. It’s most consistent with the basic American value of getting ahead and making more money.

What if you want to change your orientation? Are we stuck with what we picked up from our parents?

There’s no reason why, say, a job-oriented person can’t go in a different direction and become more calling-oriented.

You can always frame your work differently and find a position that will fulfill your passions.

How can parents guide their kids toward a preferred work orientation?

Baker: Be conscious about the messages you send.

I have a son who’s in middle school. It could have been that all he saw is that I stare at a computer all day—but I want him to know that I see my job as so much more.

So when I write a blog, I’ll tell him about it or ask his opinion. And, by age 12, he’d already sat in on classes alongside my Ph.D. students. So I create opportunities for him to see my excitement for the work I do.

Do I want him to be a professor when he grows up? I’m indifferent.

But I do want him to know that whatever he does, it’s possible to love what you do, like I do. Because when you love your work, it doesn’t seem like work.