How This Millennial Is Paying Off $75,000 in Student Debt 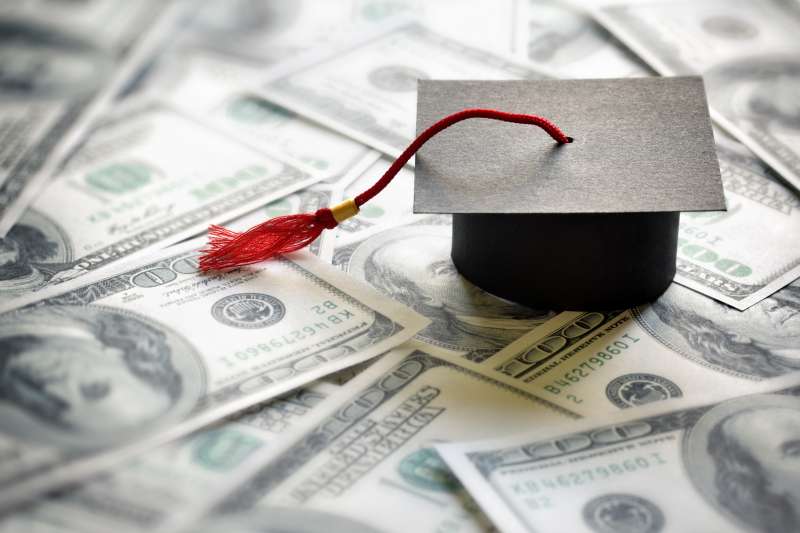 Heather Young was nearly 30 and staring down $75,000 in student loan debt when she a made a choice.

“I was paying almost $600 a month just in interest — $6,700 a year,” she said, and there wasn’t much she could do about that. “So I thought, ‘I can’t take control over XYZ, but what can I take control over? How can I make baby steps in the right direction?’ ”

Her choice was to create the Frugal Females Challenge. She was going to dramatically cut her spending habits and see how many of her friends she could take with her on the journey.

Young pledged online to cut her nonessential spending to 10% of her take-home pay for a month. That might not sound so dramatic, but for Young, it works out to $10 per day. Basically, one happy hour drink. Or two lattes. That’s it.

“I had already been doing some research into personal finance, and I wanted to pick something that was doable and 10% sounded doable,” said Young, a software project manager who lives in Seattle.

So she started a Facebook group and invited friends to make the pledge, then critically, to share their daily how-it’s-going experiences. After 30 days, they’d reflect on the lessons they learned, like a juice cleanse but for your money.

Read: 5 Things to Ask Before a Job Interview

Following the 10% rule for a month might not sound that hard, but it all depends on your definition of nonessential. Young’s is pretty hardcore: “My gym membership is a luxury because I could go run outside,” she said.

Young picked September as the month to do her challenge, as it’s traditionally a time for new beginnings. It also doesn’t have the same pitfalls as other times of the year.

“The holidays, you spend. And in summer, you want to live,” said Young, who also does some private life coaching. “But this is a good time to challenge your frivolous spending habits.” And September, plenty of recent news stories tell us, is the new January — or at least a second chance at New Year’s resolutions.

Young’s first Frugal Female Challenge began last year. She followed up with a second 30-day cleanse in February; “after the holidays is also a good time,” she said. This month, she began the third edition and has a few dozen friends tagging along. Together, they are learning to practice what she calls mindful spending. Those lessons carry over even after her 30-day challenge is done.

“I used to belong to Shoedazzle and drop $49 on a cheap pair of shoes all the time. Those kinds of things have gone. My number of Amazon purchases has decreased,” she said.

“What’s the hardest part? Honestly, it’s the weekends,” she said. “You want to go have lunch with a friend or grab a couple of drinks. But that’s quickly $40 to $50. And that’s four or five days of my spending budget … so trying to be social is challenging.”

But there is an unexpected benefit to her public proclamations. Friends are well-aware of what she’s up to, even if they don’t join her monthly frugal pledge.

“Part of being on Facebook is my friends and family know. So they will say, ‘Oh, I understand you can’t go out, it’s too much for your budget,’ ” she said.

Read: Help! I Don’t Trust My Son With Money

The main benefit of posting about her challenge is it helps her avoid the occasional spending hiccup.

“So much about it is about the psychology of goal setting,” she said. “Talking to other people and having them help keep you accountable … We’re all starting from different places; whether getting out of college or being financially autonomous for quite some time, budgeting is the first step.”

While Young’s group is focused on a creating a community of women, men are allowed to join too; they’re called Frugal Fellas. The group is still small and had a few dozens participants again this year. Clearly, the group discussion keeps everyone honest.

In February, one thread reveals several members confessing they slipped up (“Went over budget mailing Valentine’s packages,” reads one.) But critically, members say the challenges keep them on the right path, for the most part.

“I slipped a little last week, but I’m being extra frugal this week because of it. I wouldn’t have done that before, so I’m definitely still in,” wrote one. “The community helps too and knowing that I’m not going through the hardships alone,” said another.

Young holds an undergraduate degree in politics and philosophy from the University of Washington, a state school, and a graduate degree in community development. Her combined loans totaled $55,000, but after initially struggling to find work and postponing payment, the outstanding balance is now $76,000.

Read: The Most Charitable Cities in America

She and her fellow participants talk often about wishing they had learned financial lessons when they were younger.

“So many of us women wish somebody had started this conversation before we went to college,” she said. “Maybe I wouldn’t have taken that extra $6,000 in loans. Now, I think, ‘How many hours of my workday go toward just paying interest on that?’ ”

By the end of the month, she hopes to have once again saved a few hundred bucks that she can use to make baby steps toward paying down her debt. But of course, it’s about more than money.

“We learn it is possible to have fun while being responsible, and what does that benchmark look like?” she said. “And learning, ‘What am I sacrificing if I go over that?’