The Crazy Cost of Flying Your Pet on a Plane 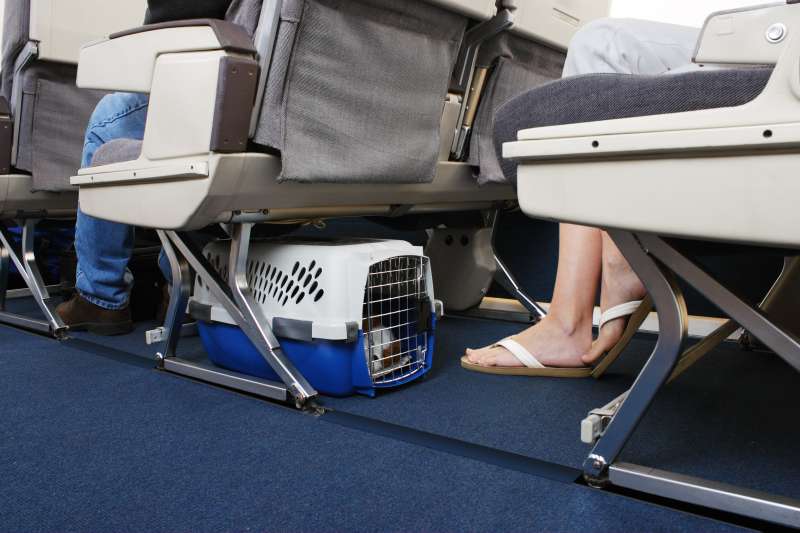 Pets aren’t just animals — they’re members of the family. So it makes sense that you may want them to join you on your summer travels. While Pet Airways, an airline that catered to our four-legged pals, stopped flying in 2013, the 12 major U.S. airways all allow pets on board. But you’ll have to pay to bring them along.

If you’re jet-setting out of town and want to fly with pets, we break down how much each major airline will charge you.

Alaska Airlines has the Fur-st Class Care program for pets and charges $100 each way, whether the pet travels in the cabin with you or in baggage hold. If you are traveling during the holiday season (November through January), there are certain restrictions on traveling with your pet in the baggage or cargo areas of the plane, so be sure to check with the airline before making your plans.

Pets must be in a FAA-approved soft-sided carrier if they come aboard the cabin on Allegiant Air flights, and pet owners will be charged a $100 fee for each direction the pet flies. Pets are not allowed on flights to or from Hawaii.

Read More: My Simple Trick for Always Staying on Budget

Fees to bring pets with you on your travels varies based on where the pet will be during the flight. If you bring your dog or cat into the cabin, you are charged $125 per kennel, but if the pet travels in cargo, the fee is $200 per kennel ($150 to/from Brazil). If you have a layover longer than four hours, charges apply for each leg of the trip. There is no charge for service animals.

If you are flying anywhere in the U.S. or Canada or to the Virgin Islands or Puerto Rico, you’re looking at a $125 fee each way to bring your pet. If you fly to Brazil, the pet fee is $75; anywhere else outside the U.S. has a $200 fee.

You are allowed only one pet carry-on for any Frontier flight, and will be charged a $75 fee for each flight you take with Fido. Pets are not allowed in the cargo area of planes. You may bring them along on any domestic flight or to Costa Rica, the Dominican Republic and Mexico. However, pets can’t join you on any trips to Jamaica.

Read More: 14 Things a Hotel Will Give You for Free

If you’re going to a neighboring island, the fee to bring along pets is $60 each way for each kennel. If you’re going to or from North America, the fee is $225 per kennel each way, except to/from JFK, where pets aren’t allowed to fly. If you have a layover, you’ll be responsible for paying the fee for each leg of the trip. Certain cats and dogs are allowed as carry-on items or can be checked in cargo; birds are required to travel in the checked baggage area of the plane.

Small cats and dogs are allowed in the cabin on JetBlue international and domestic flights, according to BringFido.com. To qualify for travel, the pet and its carrier may not exceed 20 pounds and owners must pay a $100 fee each way. Pets can’t fly to or from Barbados, Jamaica, the Cayman Islands, Trinidad and Tobago or St. Lucia.

Only six pets are allowed per flight on Southwest, and acceptance is on a first come, first served basis. There is a $95 pet fare each way, and pets must be in an approved carrier, one of which Southwest offers for $58. Pets are not allowed to accompany their owners on any international flights and must travel in the cargo area.

Read More: 5 Ways to Have Fun on a Budget This Memorial Day Weekend

If you bring your puppy, cat or bird aboard a Spirit Airlines flight, you’ll be charged $100 each way, according to BringFido.com. You’ll have to bring your pet in a carrier into the cabin, as Spirit doesn’t allow animals in the baggage area of the plane.

Most dogs and cats can come on as checked or carry-on baggage for $199 each way. However, pets cannot fly to/from Anchorage, San Juan or St. Thomas — or on any international flights.

Bringing your pet in a carrier into the cabin of the plane comes with a $125 fee each way, and any layovers lasting more than four hours will mean you’ll pay an additional service charge for each leg of the trip. There are certain restrictions on where the pets may travel. If you bring your pet on a flight where they are placed in the baggage area of the plane using PetSafe, you will be charged a fee based on your destination as well as the combined weight of the animal and kennel.

Pets are allowed in the main cabin of Virgin Airlines flights but are not permitted in the first class or main cabin select sections of the plane. If you bring your pet along, you must pay a $100 fee each way.