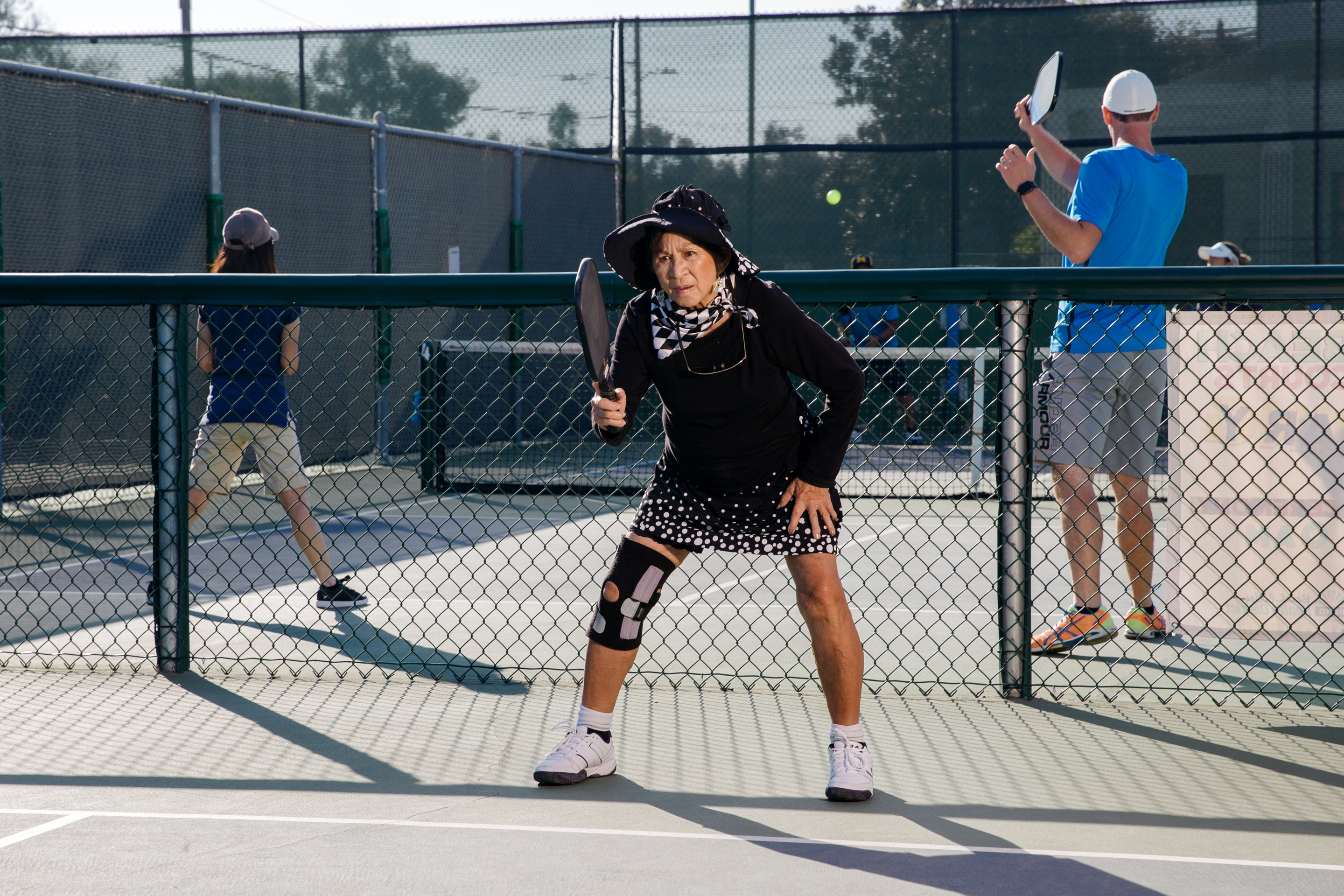 Are You Really Retired If You Don't Play Pickleball?

Kathleen Ching is a self-identified “pickleball-aholic.” She’s far from alone.

After her friend Lois Tuey in the South Bay area of greater Los Angeles convinced Ching to go out for a pickleball match several years ago, she was opened up to a whole new world of activity and social life that she couldn’t resist.

“Once you play the game, you get hooked,” Ching says.

"It gives me such a thrill just to see so many people participating in this oh-so addictive sport," says Tuey, 79, a retired teacher and photographer/videographer who used to put down masking tape to draw pickleball lines on tennis courts before the South Bay area caught onto the frenzy. "I love the joy in all the players, seniors having an outlet, and a place to go seven days a week."

Pickleball is one of the fastest-growing sports in America. A 2019 report from the Sports & Fitness Industry Association (SFIA) found that pickleball participation has increased 9.7% in the past three years, with approximately 3.3 million total participants at the moment. The USA Pickleball Association (USAPA), the sport's governing body, says it's seen a 650% increase in membership since 2013. Pickleball has also brought in the big dollars of sponsors and vendors like Margaritaville and Wilson trying to nab some of the spending.

And while pickleball isn't only for seniors (one of its appeals is that it’s accessible to anyone of any age or gender), retired people have propelled its surge. (SFIA estimates that an overwhelming majority of "core" participants are 55 or older.) Hermosa Beach gets a smattering of teenagers showing up to hit balls, but players there estimate that most people flooding the courts are retirees.

What is pickleball, and how did it start?

Still, despite the sudden rise in popularity, you might fairly ask: So… what is pickleball? Perhaps the easiest way to explain it is as a hybrid of tennis, badminton, and table tennis. (It also has elements in common with paddle tennis and racquetball, all of these being related sports. Yes, it gets confusing.)

Pickleball is played on a court like tennis, but the court is smaller—the same size as in badminton. (Many pickleball courts, like Hermosa Beach’s, are redrawn tennis courts, and enthusiasts are constantly pushing cities to add more to keep up with demand. On the day I visited Hermosa’s courts, the pickleball area was completely full, but the adjacent tennis courts were empty.)

You hit a light plastic ball similar to a wiffle ball with a paddle rather than a racquet across a net. You must serve underhanded, but then you can switch it up. You can hit the ball forcefully or with a soft touch, depending on your strategy, and the point system is much like tennis. You can play singles or doubles, but just about everyone plays doubles, further limiting the required movement. When you hit that ball just so, however, it has all the thrill of a tennis victory.

Pickleball was invented in Bainbridge Island, Washington, near Seattle in 1965. A group of dads including former U.S. House Representative Joel Pritchard came up with the basic setup to entertain their kids who were bored with the usual summertime activities.

While it has deep roots in the West Coast, pickleball has rapidly spread in recent years, including internationally. Kristie MacDonald, a retired special-ed teacher, has even played in Bangkok.

“I take my pickleball paddle all over the world,” MacDonald, 51, says.

It’s not an accident that pickleball has blown up among older people and retirees.

“A lot of retired tennis players switch because they just can’t do it,” says Steve Taylor, 52, who’s not quite retired but runs his own production business with flexible hours (he even does some work for the USAPA). Retirees who suffer from bad knees or hips can find relief in pickleball, which doesn’t require the same athleticism as tennis.

MacDonald experienced much-needed rehabilitation when she took up pickleball. After breaking both her legs falling off a ladder and undergoing surgery, she was stuck in a wheelchair and gaining weight.

The sport helped her become mobile again. She competed for the first time in this year's USAPA national tournament in California’s Indian Wells Tennis Garden, which ran November 2-10. She ended up winning the gold medal with her partner in women's doubles, in the 50-plus age bracket with a moderate skill level of 3.5.

MacDonald has documented her physical evolution, which she calls her “pickleball transformation,” in a personal photo and video diary.

“I thought my life was over,” she says. "I feel overwhelmed with pride for sticking with it even though it was a long, hard journey. I also feel really surprised that I'm walking around with a gold medal on my neck."

MacDonald, who lives on a modest retirement income drawn from a Roth IRA, doesn't have to worry about ballooning expenses as she achieves her physical turnaround. USAPA members pay a $20 annual fee that comes with its perks (including Pickleball magazine), and she shelled out $150 to enter the national tournament. But she doesn't pay for day-to-day play on public courts like Hermosa's and has held onto just one $60 paddle (they can cost up to around $150) in nearly two years of partaking in pickleball.

“I’m a social person,” says Lisa Meenan, USAPA’s Hermosa Beach ambassador. It’s not hard to believe her: In conversation, the retiree—who gets her income from Social Security, a 401(k), other investments, as well as her husband’s pension—has the energy of a Lamborghini engine. She restlessly roves from one player to the next to chat. “I had to have a social life, and tennis wasn’t doing it for me.” (The Hermosa pickleball regulars recently celebrated Halloween together with a costume party at someone’s nearby house. One person dressed as a paddle.)

“A lot of these people didn’t really have friendships. I was just stuck in my office,” Taylor says. “It’s really meeting a need. [Many players] wouldn’t have any activity. They’d be sitting on the couch. This is getting people out and more healthy.”

Ching describes the joys of pickleball in a different, much simpler way as she prepares for another back-to-back game, barely breaking a sweat.

“It gives me all the energy I need," she says.

Jessica Pons for Money. The Hermosa Beach Pickleball players
this link is to an external site that may or may not meet accessibility guidelines.